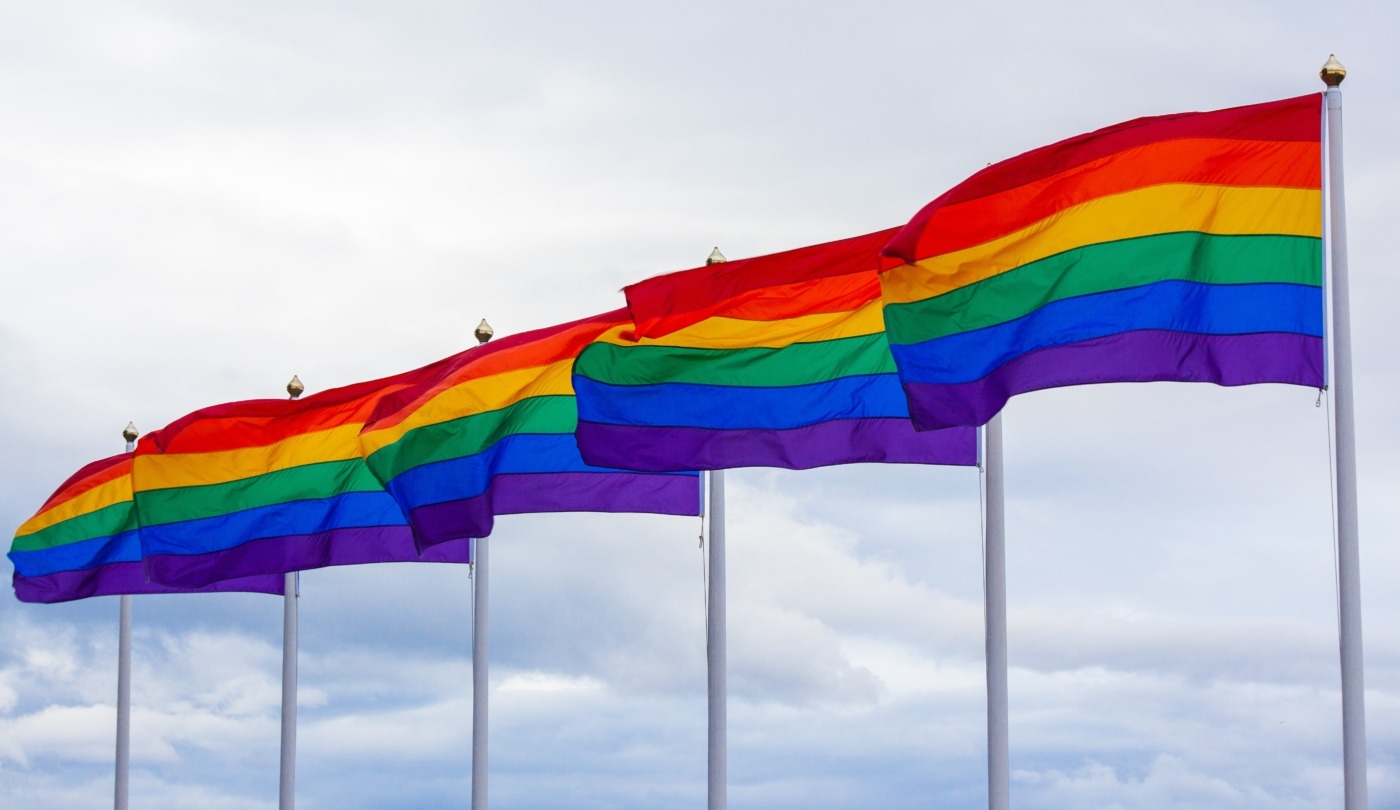 The best of LGBT+ cinema

For LGBT History Month, we asked three writers to discuss one of their favourite films featuring LGBT+ characters and relationships. The following list is a great introduction to those wishing to get into LGBT+ cinema, but if you’re already an aficionado, we hope it will provide a new perspective on a personal favourite. Either way, we hope you’ll go out and watch/re-watch these films in celebration of LGBT history month.

Before creating his most famous work, The Florida Project, director Sean Baker brought his visceral yet sensitive style to the subject of transgender sex workers in Hollywood.

Tangerine stars Kitana Kiki Rodriguez and Mya Taylor as two prostitutes, with the former’s character discovering early on that she is being cheated on by her boyfriend and pimp. The plot that follows this discovery is rather stripped-back, repeatedly giving way to interjections of scenes of a local cab driver who also becomes involved in the drama. An important note of pathos is added by Taylor’s Alexandra, who desperately wants Rodriguez’s Sin-Dee to see her sing in a performance. These characters are incredibly nuanced and sometimes unlikeable, but it is through these contradictions that we become endeared to them.

Sin-Dee’s search for her unfaithful partner is made propulsive and intense through hand-held camera movements and a blaring, often jarring soundtrack that suddenly kicks in with the force of a bullet. In contrast to many films that deal with real social issues, Tangerine is highly saturated with colour, beautifully evoking the eternal heat of LA as well as its neon hues at night. All the action takes place during Christmas Eve, a poignant and ironic setting that reminds us of the familial relationships and comforts that our protagonists lack.

The film uncompromisingly portrays the poverty of the area, as well as the harsh conditions of black transwomen and sex workers. It may appear to some to be about a rather niche subject (albeit an important one), but it is also highly comedic and flawlessly entertaining. To balance these tones deserves a lot of respect, and Baker makes sure that in more serious moments we are utterly engaged.

It is great fun to watch Sin-Dee trawling the streets of LA, bursting through doors and interrogating innocent bystanders; but the quieter moments, such as when the two leads reconcile in a laundromat, are even more powerful given their understated contrast from this. The use of wide lens-adapters gives a great sense of scope in capturing the architecture of the city streets, but also provides depth for the bombastic actions of the characters to take place in.

Popular coverage at the time of release in 2015 focused on Baker’s choice to shoot the movie on modified iPhone 5S’s, and I think that this technical choice helped to achieve his documentary-like, immersive aesthetic. Five years on, this seems less of an impressive feat, but Tangerine remains perhaps the most critically and commercially successful movie about transwomen played by transwomen. Its real genius is that it involves you completely in a world of people who are starved of representation, rendering them as complex but fun individuals. Like all great movies, it helps us be a little more human.

Call Me By Your Name – Biju Singh

It depicts two young men, played exquisitely by Timothée Chalamet and Armie Hammer, falling in love during the dizzyingly fast-pace of summer whilst they amble about languidly in a picturesque Italian town.

It is unlike many films illustrating homosexual or any form of LGBT+ love; the two main protagonists never face any opposition to their blossoming romance and the only ‘antagonist’ in CMBYN is time itself. This film solely focuses on the two men and their feelings for each other, an unusual concept for viewers as most would acknowledge that many lovers might experience external bigotry, witnessing an ugly side of society if outside the normalised standards of heterosexual love. Yet Guadagnino crafts an earnest film without all this drama and shame, leaving the audience to feel utterly moved just by the relationship between the two. This film attempts, and does so intoxicatingly, to be a simple story about love, normalising feelings between two people regardless of who and what they are. Both of characters are free to explore their own sexuality and feelings. There is hardly any lengthy dialogue between Elio (Chalamet) and Oliver (Hammer), and yet the viewer can see their emotions progress by the unspoken gestures between the two. The chemistry between them is palpable and raw and with the lack of other forces and subplot dramas, the viewer is allowed to see and focus entirely on the intimacy that grows between them.

With the help of the visuals and the soundtrack, consisting of Sufjan Steven’s hazy music, this creates a gentle and achingly nostalgic piece about first love. The film is shot so realistically that the viewer is drawn into their universe to appreciate the beauty and sadness of summer. Although viewers who might say that other films such as 2016’s Moonlight (which is also a marvellous film) are more realistic, Moonlight encapsulates the hardships faced by a homosexual man tackling issues about black masculinity, while CMBYN portrays homosexual feelings delicately in a realistic light. The two characters both tackle their fears of rejection, vulnerability and desire in their own ways, reflecting their own personalities, and it is refreshing to see a film about two men falling in love – their only enemy being themselves and time. It is truly a masterpiece that captures ephemeral love and heartache between two humans, regardless of their gender and identity and should be watched by those looking for a touching and passionate romantic film.

Desiree Akhavan has become a staple of the independent film circuit, particularly after her critically-acclaimed 2018 drama, The Miseducation of Cameron Post. Appropriate Behaviour, released in 2014, is Akhavan’s first feature film, which she wrote, directed and starred in. She plays Shirin, a young woman living Brooklyn trying to deal with an unclear career path and a mild love-life crisis, after having broken up with her long-term partner. The film is noticeable for its discussion and representation of bisexuality, a topic which is prominent in Akhavan’s writing as she is herself bisexual.

It’s refreshing to see this sexuality given a high level of focus, representation, and validity within this film, instead of it being portrayed as a collection of negative tropes and stereotypes. Appropriate Behaviour features several topics prominent within LGBT+ cinema, such as struggles with coming out and traversing sexual politics, and seeing someone bisexual being represented as experiencing these topics is really positive. Shirin is never made to feel guilty or less valid within a queer space for being attracted to both men and women, and although the main relationship she experiences in the film is with a woman, she is shown to be attracted to men as well.

The word ‘bisexual’, itself, is also repeated multiple times with the film, which may sound like a low bar to cross, but is actually an important factor. There can be a habit within stories, even LGBT+ stories, featuring bisexual characters of not actually voicing the word, not giving validation and canonisation of this sexuality as a real feature of the world. And the film also avoids some of the more harmful, negative stereotypes of such sexuality, such as being unable to commit to relationships or being entirely focused on sex (there is a threesome within the film, but it’s very character-focused and not overly sexualised).