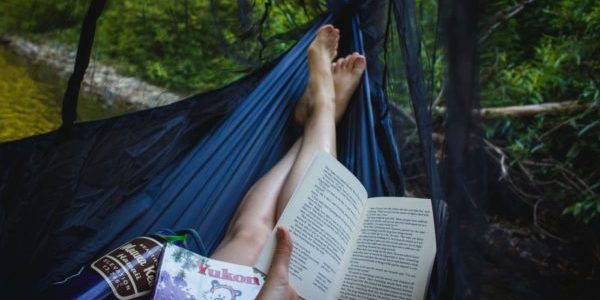 Our approach to literature is often concerned with a desire to define it as an accurate representation of reality, with people often turning to literature for escapism. However, it’s too simplistic to assert that literature can only accurately represent life if it is realistic. The truth in literature lies not in what it presents, but rather what it represents to the reader. What we can rely on is literature’s ability to capture emotions or experiences that remind us what it is to be human, making the lines between literature and reality increasingly blurred.

The beauty of literature is the impossibility of there being one “normal experience”, the term itself defies definition: experience differs and varies according to the individual, time, place. The relatability of a text for its reader not only depends on the individual, but their age and life experience itself: a novel read in our turbulent teenage years may not have the same resonance revisited as a (somewhat) organised and rational adult.

One of the most affecting pieces of literature is Flaubert’s Madame Bovary. The story of the eternally dissatisfied Emma Bovary and her boredom of life was particularly resonant in my early teens. The transition from child to teenager is fraught, with the sense that everything is changing, yet simultaneously life remains stationary. Flaubert’s writing style is so modern that it could be speaking directly to another audience over 100 years since its publication. Emma’s endeavours to make a place for herself in the world but being met with constant failure is even more relevant in the current political climate, with increasing isolation and shrinking social consciousness.

Two years ago, I saw the Old Vic’s adaptation of Tom Stoppard’s Rosencrantz and Guildenstern are Dead, which to this day remains one of the greatest productions I have ever seen. The play is not only a homage to Shakespeare’s Hamlet, but also an extended metaphor of how individuals cope with their irrelevancy in the wider world. However, the plot is not as pretentious as I am presenting it to be, as Stoppard makes the play incredibly amusing.

Literature often seems to be viewed as a sanctuary for someone to visit when they feel isolated, or are searching for an epiphany to give direction in their lives. The pleasures of literature are often overlooked in its ability to convey an accurate representation of life: depending on your level of pessimism, life can actually be amusing and enjoyable. It is these moments of humour that make the unfolding events even more tragic. It feels genuine, with the protagonists attempting to navigate their fears of wasted youth, with the eventual realisation that evasion is futile and these challenges must be confronted.

Literature may not always be accurate in the events it describes, but it is intensely human

Francoise Sagan remains one of my favourite novelists. Although her novels are relentlessly bleak, they embody sarcasm and a mocking of the world. I adore Sagan’s ability to disregard her own writing, with the final line of her novel A Certain Smile being “I was a woman, and I had loved a man. It was nothing to make a fuss about”. It is not necessarily that Sagan is undermining her work, but rather reminding the reader that such experiences, good or bad, are common to most people: they are nothing to make a fuss about.

Most recently, a novel that has greatly affected me is Olga Tokarczuk’s Primeval and Other Times. I have never encountered a book that so seamlessly blends together the passing of time and capturing the essence of what it was to live in an isolated village steeped in unshakeable traditions, but eventually forced to change by the pressures of modernity. The ability to navigate the self through the world and find its place is an integral part of the human condition, and something that Tokarczuk’s stylised fable encapsulates perfectly.

Put simply, the joys of literature come in both a combination of accuracy and inaccuracy. The desire for literature always to be accurate would be to deny the very nature of the concept itself: it cannot always be realistic, but it can still be truthful. Literature may not always be accurate in the events it describes, but it is intensely human: human in both its creation by the hand that once wrote it, and human in how it survives to be born again in the mind of the reader every time it is read.

Gallery image with caption: Why webserials constitute some of the best books you haven’t read

Gallery image with caption: A book that made me smile: ‘Wonder’ by R J Palacio

Gallery image with caption: ‘Confessions of a Bookseller’ showed me all was well with the world