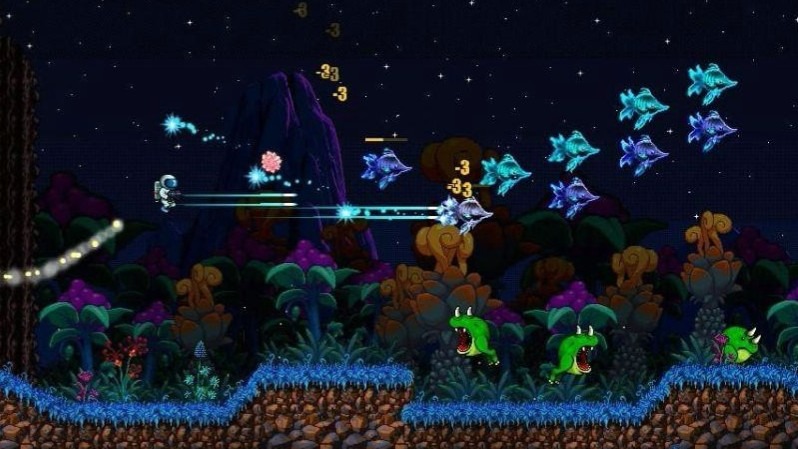 This action arcade shooter is certainly a fine addition to the Switch’s library of games. But with limited game time in a student schedule and a plethora of great games filling the eShop already, a ‘fine’ game has little room to breathe. Willy Jetman: Astromonkey’s Revenge definitely recreates the 90s era gaming experience it hoped to emulate, but in doing so ignored some of the last three decade’s improvements and crash lands as a result.

You, unsurprisingly, play as Willy, a garbage collector sent to the planet Gravos. However, as always occurs in this kind of story, the ensuing adventure will see Willy achieve a loftier destiny. This spin on the stereotypical hero’s journey is different, but beyond a minor gameplay element and dialogue, Willy’s trash-collecting life could have been considerably more distinct.

No combat encounter ever felt different to any other

This lack of distinction plagues most other aspects of Willy Jetman too, with music, new levels and combat encounters rarely being memorable. The music was enjoyable, but blended into the background after mere minutes; I would not be able to tell two levels apart if shown a side-by-side, and no combat encounter ever felt different to any other. Boss fights felt repetitive and general fights melded into one.

The fights are just not fun either, in the place of genuine challenge the game instead decides to cram smaller spaces with more enemies to increase the difficulty as you progress. This combined with clunky controls results in an imprecise experience, with only Willy’s level and gear as any indication that your character is progressing at all.

It felt more like a chore rather than an exciting experience

The controls are a whole other source of discontent, with gunplay and jetpack movement annoyingly imprecise. The various guns are definitely each unique, from the way they fire to smaller details like their audio and visuals, but combat is a nightmare. Most weapons only fire horizontally, and any weapons with vertical capabilities are a pain to use. As such, if you want to shoot an enemy above you, you must fly up to their level. Though manipulating flight and gunfire is a tough one, causing fights to become disjointed as I either soar too high or fall too low.

Willy Jetman: Astromonkey’s Revenge is not bad but never felt worthy of my free time. Whenever I ducked in between lectures and seminars, it felt more like a chore rather than an exciting experience. If you love this kind of shooter and can master the jetpack better than I, you might find more enjoyment if you pick this game up. Though, when the Switch has plenty of other shooters to itch your trigger fingers instead, I do not see why you would. That is why this game earns a 2:2. 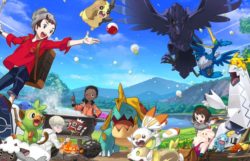 Gallery image with caption: Fallout from The Last of Us leaks