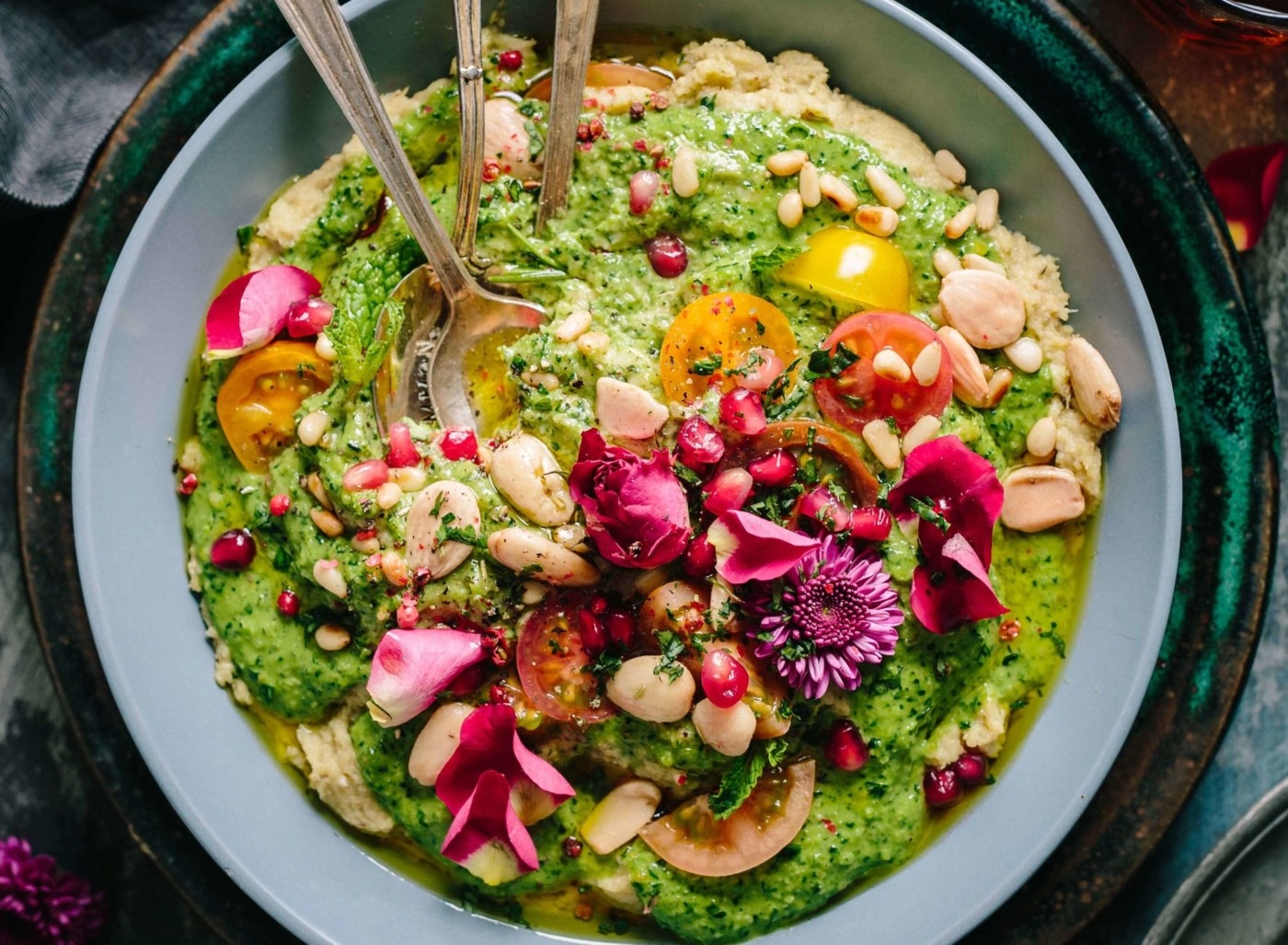 My Veganuary review: it’s not all kale and hummus

On the morning of the first of January, I was woken up from my hangover by the smell of something beautiful, but today torturous: freshly baked croissants. Heading downstairs to my family, I remembered the terrible fate to which I had condemned myself. I was doing Veganuary.

The jam on toast (no butter) I had for breakfast was decidedly better than when I experimented with plain toast (disgusting) and toast with olive oil (not as good as in Italy). But, this aside, Veganuary really has not been that hard. When I finally forked out for some Pure spread, I was pleasantly surprised with the range of options available for vegans, and that the fears surrounding veganism are not all they’re cracked up to be.

I was first struck by the fact that far more food is vegan than you would expect, and these items are often cheap, as they aren’t marketed as vegan. Examples of this included many cereals, sweets, and surprisingly some chocolate my family had for Christmas.  Anyone would be stunned by the amount of times my flatmates, astonished, exclaimed “is that vegan?” when I extracted a delicious, and fairly normal food item from my cupboard.

I was left genuinely shocked at how delicious and cheap vegan products can be – it’s not all kale and hummus!

With Veganuary becoming increasingly popular, supermarkets have continued to expand their range, with vegan products accounting for one quarter of new products introduced in 2019. Luckily for me, I chose the right time to jump on the plant-based band wagon. I’ve had the joy of tasting vegan Ben & Jerry’s, Subway Meatless Meatball Marinara, the Pret vegan cookie, and, of course, the renowned Gregg’s vegan sausage roll (even my meat-eating boyfriend preferred this to the original pork edition.) I was left genuinely shocked at how delicious and cheap vegan products can be – it’s not all kale and hummus!

However, there have been a few things that haven’t been up to scratch. Firstly, we need to talk about cheese. As a lactose intolerant woman who consumes cheese regardless of the consequences awaiting her stomach, vegan cheese has been an utter disappointment. Made of coconut oil, its strange bright yellow colour and rubbery texture is enough to put anyone off boycotting dairy.

Like choosing a football team, your milk choice has the power to unite or divide vegans

Another minefield to negotiate is which plant-based milk you choose to align yourself with. Like choosing a football team, your milk choice has the power to unite or divide vegans, and once you find your milk, you will probably stick with it for life. They say in life you have to try things to truly know that you don’t want them, and I can certainly say this was my experience with Hemp milk. Tasting like the smell of Leamington Spa on a Saturday morning, Hemp milk was a disgusting addition to my morning coffee, and don’t get me started on what it did to my cereal. I, instead, opted for the respectable Oat milk – tasteless, light and with a lesser environmental impact than other options.

While it is obvious when products like milk aren’t vegan, there are many products I didn’t think to check. Examples of this includes medications – such as hay fever tablets, and many contraceptive pills – which contain lactose, a sugar generally derived from cow’s milk. Shockingly, many vegetarian products, such as the eco-giant Quorn, use egg white in most of their meat substitutes.

Nights out are no easy feat for vegans as the production of many alcoholic drinks involve animals, whether it’s the fish guts of purple, or the gelatine in Kopparberg. This taught me the importance of scope – while it is admirable to completely prohibit your consumption of animal products, this may not be realistic for you, especially if you have medical restrictions.

Despite this, I have been pleasantly surprised by Veganuary. It has forced me to eat more vegetables, I have lost weight, and experienced improved health and digestion. For me, it’s not just about health, but an eased conscience. As someone who cares about the suffering of animals, and the environmental impact of their mass farming, Veganuary has finally cured my cognitive dissonance. I learnt that I can enjoy delicious and filling food, without causing suffering or environmental degradation, and this is enough for me to stay vegan for good (excepting the occasional bit of cheese).