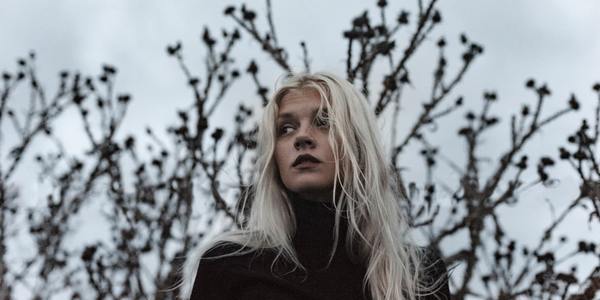 For any lover of Young Adult fiction, the trope of “damaged girls” is recognisable. Readers seem to relish in reading about females who have overcome trauma, mental health issues and abuse. This popularity seems to be down to two reasons; the trauma of a backstory is interesting to the plot but also because a ‘broken girl’ appears to be more alluring in some way.

Literary recommendation website Goodreads has recently included a section on their website which lists a collection of “popular damaged girl books.” As someone who has loved Young Adult fiction for a long time, I find this extremely problematic.

Mental health problems, abuse, trauma and pain are not things that should be romanticised for the purpose of making a character seem more attractive. Often, I feel as though the way in which these issues are explored is not adequate enough to effectively discuss trauma or mental health, or even to add depth to the character. The way that a female character, often a young girl, is presented as a ‘damaged girl’ is often for the wrong reasons. Authors may not want to discuss mental illness or trauma but merely want to make their character seem more appealing and interesting to the reader.

Including ‘damaged girls’ as a trope in primarily Young Adult fiction promotes the wrong message to young girls and other readers alike. It says that mental illness and pain is something you must strive towards in order to be interesting and powerful, romanticising and fetishising it in a way that makes the character seem attractive. Instead of opening up a more useful discussion about the way that trauma and mental health affect people and can be dealt with, authors may just include a sentence when describing a character’s past without adequately expanding on it.

This also often involves the female character being ‘completed’ or ‘fixed’ by a male character, suggesting that romance is the cure

A more positive way to explore topics like trauma, abuse and mental illness in literature would be to allow an analysis of how this may have affected the character, but make it clear that this is not a romantic trope. I completely support greater representation in literature of mental illness, trauma and other issues, and for the most part, I feel like the Young Adult genre does a pretty good job of talking about these issues.

However, there is an ongoing trend, particularly in Young Adult fiction with fantasy and supernatural themes, towards including a ‘broken’ personal background for a female character simply to make her more attractive and a romantic hero. This also often involves the female character being ‘completed’ or ‘fixed’ by a male character, suggesting that romance is the cure.

Young Adult fiction has so many positive messages to offer its readership, often young females like me, and does a lot of good. Most novels approach the issues of mental health and trauma in a positive, useful way and I wouldn’t necessarily say that the misogynistic obsession with the ‘damaged girl’ is found in many books.

Yet, it also doesn’t stop in Young Adult fiction. Often in the ‘chick-lit’ genre, the main character of the novel is a female in her mid-thirties with mental health issues and some sort of problem which is then fixed by a man.

Despite this pattern, there are still so many positive messages out there and the good ouweighs the bad. Literature is not dominated by the trope of the ‘damaged girl’ or woman and there is a continuing effort to make literature more positive and diverse.

It’s important that we acknowledge this trope is not just found in female characters. Even in Young Adult fiction, the main male protagonist often has a history of traumatic experiences and pain that makes them more alluring to the reader. However, I would argue that often the trope of the ‘damaged girl’ has misogynistic undertones, as if somehow the female character can be ‘fixed’ by the male love interest whereas this doesn’t seem to come across when the character is a ‘broken boy’.

Novels that tackle the issue all have a different representation of mental health and trauma in its female characters, so it is important not to assume that every female character with an unconventional history is a romanticised ‘damaged girl.’ There can be a fine line between an interesting character with an important experience of mental illness and trauma and a romantic trope that is not fully explored, and the latter is the damaging issue that authors need to eradicate.