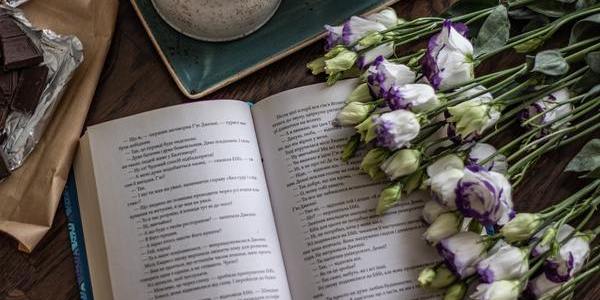 Stories that defined the decade

The 2010s have been a truly transformative decade, not only in the lives of our generation but also across the scope of literature. The last ten years has seen a whole host of new voices, experiences and subgenres emerging. Literature has often been used as a way to understand and interpret the world around us, and the stories that have been written over the past decade really do reflect the progression of society: there’s a lot that can be read into hidden in the books we’ve chosen to appreciate.

Beginning with the structure of the industry itself, authors have turned to new ways of funding their ideas. With the introduction of crowdfunding websites Kickstarter and Indiegogo just before the start of the decade, there’s been a shift in how the process of creating a book is structured. The industry is perhaps more competitive than ever before and as a result, the big publishing houses prefer to play it safe with works they know will be successful.

Instead of being pipped to the publishing post by the newest thing David Walliams has churned out again, smaller writers have increasingly relied on the support of the community of readers to make their manuscript ideas a reality. Collaborative efforts and sheer hope has enabled many lesser-known authors to get their stories out there with the support of readers who want to hear a new voice, diversifying the literature on offer.

In an increasingly multicultural society, the Western world has seen the rise in popularity of works by people of colour. Offering stories from a completely different perspective and representing the vast range of diversity the world has to offer, the likes of Chimamanda Ngozi Adichie, Zadie Smith and Bernadine Evaristo amongst many others have received well-deserved recognition. Recent politics may suggest that divides are being forged within society, but the fact that people are keen to read these stories of diversity and educate themselves on cultures far-removed from their own experience suggests there is still hope for unity and understanding.

The aesthetic of reading has grown in prominence over the last ten years, owing partly to the Instagram obsession that continues to grip much of society. Milk and Honey by Rupi Kaur has arguably introduced a new aspect of how poetry is appreciated by readers, dubbed ‘Instapoetry’ for its photogenic qualities. Although the quality of the actual content may be a contentious point of debate, the aesthetic nature of her poetry meant it featured on many an Instagram account and it is often heralded as making poetry more accessible to a wider audience.

Social media in general has played a big part in defining the sphere of literature this decade. The journey of fan fiction from online community-driven websites to the physical bookshelf owes its success to the fan bases formed over sites such as Twitter and Tumblr. E.L James’ Fifty Shades of Grey trilogy originally began as a Twilight fan fiction and rather than remain in the depths of the internet (where, admittedly, many would suggest it should have stayed), they were the three most sold books of the decade.

The prolific genre of Young Adult fiction also experienced a huge boom in popularity amongst younger readers. John Green’s The Fault in Our Stars was a huge hit (and was one of my personal favourites as an embarrassing tween), leading to a film adaptation that attracted almost cult-like following. Veronica Roth’s Divergent series was also met with an enthusiastic fan base and The Hunger Games trilogy, despite the first being published just before the decade, caused a reaction akin to teen mass hysteria.

However, children’s literature has also increased in diversity and taken representation seriously, offering more kids a vision of themselves within the pages. Tackling topics from feminism to Brexit, parents are increasingly turning to literature when trying to explain these vital concepts to their children in an increasingly social-aware world.

It’s been a huge decade to say the least, and the massive range of literature that it produced is a testament to that. If nothing else, maybe the rise in diversity amongst the literature in the spotlight is a silver lining to the tumultuous political climate we’re in. There’s one thing we know for sure: as we head into what will undoubtedly be another transformative ten years, literature will continue to articulate the tales of society. Given the uncertainty of what lies before us, who knows what stories will emerge.