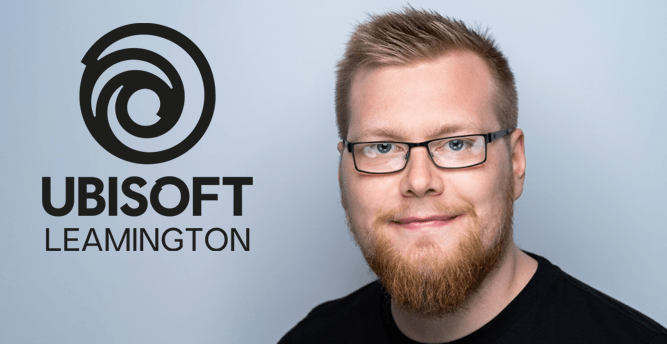 How they levelled up: Jacob Mills – Ubisoft level designer

For Jacob Mills, Level Designer for Ubisoft, his career has been a dream come true. He has been able to bring joy to himself and millions around the world and has worked with multiple studios on projects involving globally renowned franchises like The Division, The Avengers and Sonic the Hedgehog. Jacob Mills has seen the best and worst parts of game development but is still thrilled to see what each new day brings.

Jacob studied Computer Games Design and Development at Queen’s University in Belfast, a focused course for those hoping to enter the industry. Though, as can be the case for many of us, his path ahead was not always this clear. “After I finished my A-Levels, I had no idea what I wanted to do. Luckily, very luckily, I got a job through a friend at Free Radical Design in Nottingham.” However, Jacob very quickly became aware of the harsh realities that game development can present to those who work in it; that the voyage is not always smooth sailing. “I worked [at Free Radical] for all of six weeks before the entire shift got laid off, then two weeks after that the entire studio crumbled.”

Where, for many people this could have been a ‘wakeup call’, a sign to pursue a different career, for Jacob that six weeks had shown him a glimpse of the future. He had been a gamer his whole life but his time at Free Radical, seeing people bustling around making a videogame, made the possibility suddenly real to him. He applied for the Queen’s course, desperate to earn that opportunity for himself. Once there, Jacob lived out the typical student life. He spent a lot of time hanging out with his flatmates, joined weird and wonderful societies like Dodgeball and ate a healthy amount of cheap food (predominantly burritos which Northern Irish chefs have a strange knack for). He also found plenty of time for video gaming. His uni-life spanned 2009-2014, prime time for plastic peripherals and the Rock Band series. Halo 4 and other multiplayer hits further allowed his group of gaming veterans and newbies to explore the social aspect of games together.

Jacob thoroughly enjoyed his university experience but when it all came to an end, he found his educational journey still had a little further to go. “I learned a lot but [university] didn’t really prepare my portfolio enough for the positions I was interested in, so I was lucky again that my parents could put me up so that I could do a game a week for 10 weeks, which is pretty much what it sounds like.” These small projects and little games bulked out Jacob’s work, demonstrating his skill with Unity, his creativity and how he could adapt his ideas within the constraints of that short timeframe. This helped Jacob land a number of interviews, one of which earned him his first developer job at TT games.

There, Jacob worked on some recognisable titles like Lego Marvel’s Avengers, Lego Marvel Superheroes 2 and the toys-to-life Lego Dimensions. Designing games involving some of the world’s most iconic characters was undoubtedly a lot of fun, although Jacob’s personal favourite has not quite yet spin dashed onto the big screen.

“My boss at the time was very kind and assigned me to the Adventure World for the Sonic the Hedgehog level pack. In general, my job involves a lot of research but I was a huge Sonic nerd as a kid so I already had ideas in my head and made this ‘greatest hits’ world with Green Hill Zone, Chemical Plant and the rest of it. It was awesome!”

Since then Jacob has moved to Ubisoft and he is ecstatic to be doing the work he does. Growing up, he adored their games like Prince of Persia, Splinter Cell and Assassin’s Creed. Now he can create memories for a new generation of players with his work on The Division 2 and other titles. Although, it is not just the specific games and worlds which Jacob explores that bring him joy but the people he gets to work with every day. “I know it is a bit cliche, but the best bit of the job is getting to work with the team.”

“When you’re at uni a group project can be a bit of a nightmare depending on who your group is, but here the team is just made up of good, fun, competent people, and it makes going to work not feel like a chore. Every day I’m coming in, and me and this group of people we’re tackling these challenges together to make stuff that millions of people are going to play and enjoy.”

One such challenge will be the upcoming next-gen hardware, which has announced new, exciting features and updates over the current generation. It is not just the improved specs and processing power, but some of the weirder, experimental immersion features that Jacob is thrilled by. “We’re hearing awesome details, like controllers having haptic feedback in the triggers. I’m excited to see what we and other people can come up with all the new opportunities.”

I had expected that new hardware would cause equal levels of excitement and worry in developers, given the plethora of new gimmicks to learn how to operate, but Jacob explained his privileged position. “As a designer, I get to think of all the possibilities, and then not really have to worry about how that’s actually going to happen. All the other programmers and technical people have to figure that out. My job is to create trouble for other people, so they are the ones who will be a bit less optimistic perhaps.”

If you want to break into these jobs, you’re going to have to show off what you can do

With our time coming to an end my final question, as always, was to find out what Jacob’s advice would be to any aspiring level designers hoping to live the dream as he is doing.

“This extends to a lot of other roles too, but it’s portfolio, portfolio, portfolio. If you want to break into these jobs, you’re going to have to show off what you can do. Show off your best projects, do little write-ups on them, have some playable demos, have videos, explain what you wanted to do, what you ended up doing and what went wrong. It is a great time to jump into this because there are so many free tools you can download and just jump straight into, Unity, Unreal, stuff like that.”

For level designers specifically, Jacob highlighted Mario Maker, Halo Forge and Assassin’s Creed Odyssey’s quest designer as quick and easy entry points to get your work in front of people, get them playing it and showing off what you can, even if you cannot code or create art assets. “The key thing is making people play it, then you can see ‘ah this isn’t so clear’ or ‘this could have been introduced better’ and you can learn and improve.”

If you want to follow Jacob Mills on Twitter you can find him @JacobWMills and can see more of his work at www.jacobmills.co.uk.