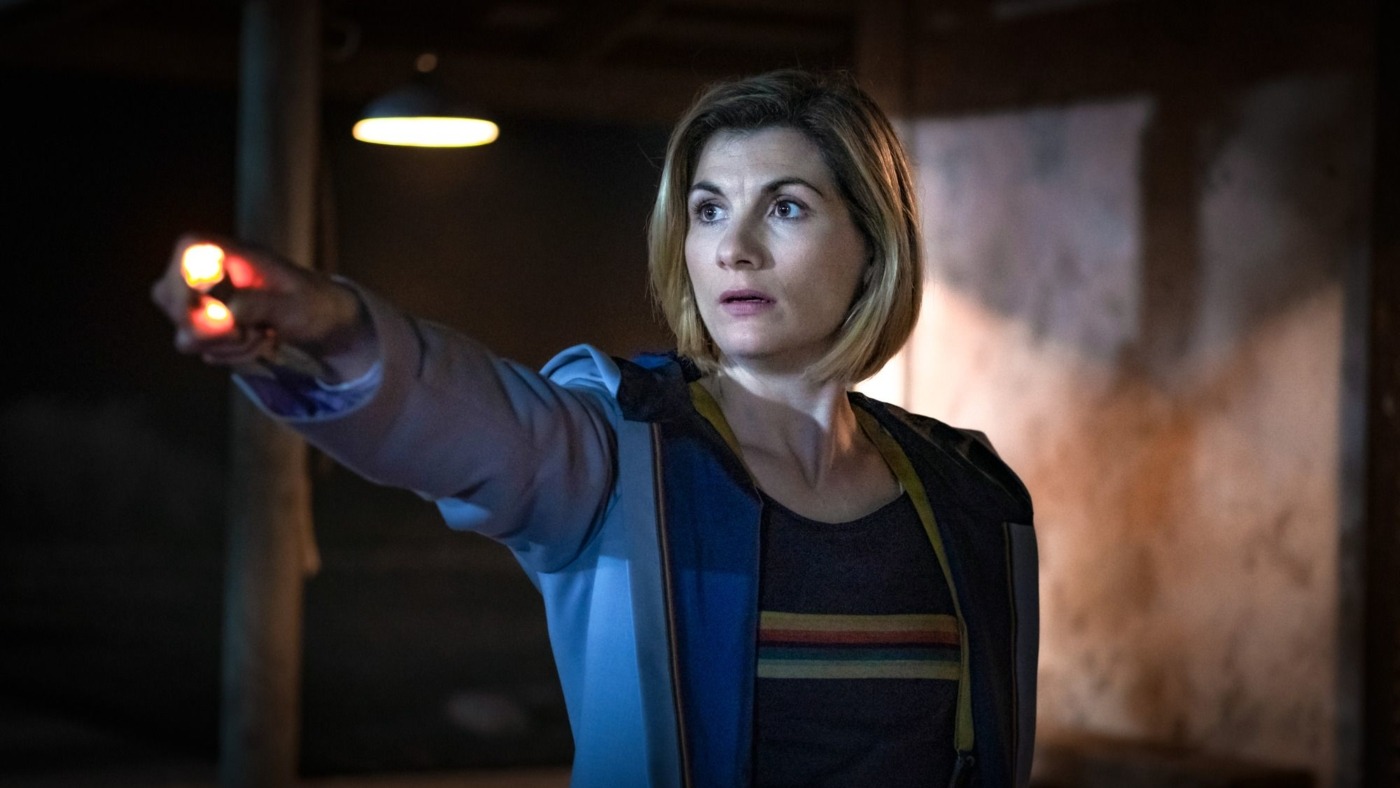 Doctor Who: Spyfall Parts One and Two review

The Doctor is back for another season of adventures, and after an okay first season, Whittaker’s second year as the Time Lord is off to a blistering start. After spies from all over the word are assassinated, MI5 call in The Doctor and her companions to help save the planet from an alien invasion.  Despite ‘Spyfall’ being an obvious riff on James Bond movie Skyfall, and the plot involving MI5, writer and showrunner Chris Chibnall doesn’t riff on the famous series too much. There’s some fun spy gadgets (Bradley Walsh’ special shoes may not be for everyone), a ‘Bond, James Bond’ moment, and a fun riff on the Bond theme song. But asides from that, ‘Spyfall’ very much feels like an episode of Doctor Who, rather than Doctor Who doing James Bond. It’s a pleasantly surprising choice, especially when the Doctor Who-ing is done so well.

After spies from all over the word are assassinated, MI5 call in The Doctor and her companions to help save the planet from an alien invasion

The villains of the episodes are all interesting. Lenny Henry is great in a relatively paint-by-numbers bad guy, he’s fun to watch and he does some nasty stuff. The fact that he seems to escape at the end of the episode suggests we may be seeing a bit more of him down the line, which would be nothing to complain about. The alien’s working with him to invade Earth are a mixed-bag. In the first part they are set up really effectively, they’re the right amount of scary and powerful, and the idea that they’re mocking humans is really interesting.

However, they never get any more exploration in the second part, and although their plan is an interesting one, it’s a shame we don’t get anymore from them. And it’s never really quite clear what they’re trying to achieve, something about downloading into human bodies? However, the reason for all this makes perfect sense, because there’s a third villain to the piece. (SPOILER WARNING)

Lenny Henry is great in a relatively paint-by-numbers bad guy, he’s fun to watch and he does some nasty stuff

The Master is back! It’s a great cliff-hanger to Part One, and the reveal is handled excellently. There’s suggestions throughout the episode that Sacha Dhawan’s spy O may actually be the villain of the piece, so when he turned out to be the bad guy behind it all, it didn’t come as a massive shock. However the second reveal that he is in fact The Master is a real surprise. It’s difficult for Dhawan to show off more than a one-note character in the couple of minutes at the end of Part One, but he’s certainly fun.

His performance in Part Two helps get a better idea of this version of The Master, and it’s a good performance. He’s fun, he’s definitely evil, and he’s angry. There are small moments reminding us of the friendship that exists between him and The Doctor, but Chibnall is definitely making it clear that this Master is more foe than friend. Also, it’s great to see a person of colour as The Master, and it’s especially refreshing that it isn’t a big deal, only briefly mentioned when it makes sense to in the story.

There are small moments reminding us of the friendship that exists between him and The Doctor, but Chibnall is definitely making it clear that this Master is more foe than friend

‘Spyfall’ sets up the season arc, and after the previous season being almost completely episodic, it’s nice to have a return to the more serialised approach. And this year’s story is definitely exciting. Gallifrey is dead, once again. While it’s a shame we never got much more of the Time Lord’s since Gallifrey was saved in the 50th anniversary, it’s still an effective moment, and gives Whittaker a chance to play the more sorrowful and angry side of the Doctor that we haven’t really had a chance to see so far. She handles the scene really well, but it is the final scene of the ‘Spyfall’ where she really excels, struggling to discuss her home-world with her companions, who also all have interesting stuff to play with in the episode. The added twist that The Master is one who killed their people is an interesting one, and basically guarantees Dhawan’s return this season, which is only be good news.

A fun and exciting return to The Doctor’s adventures promises an interesting season to come, with a new mystery that could make some serious changes to the cannon of the show. So business as usual then – 4/5 stars.