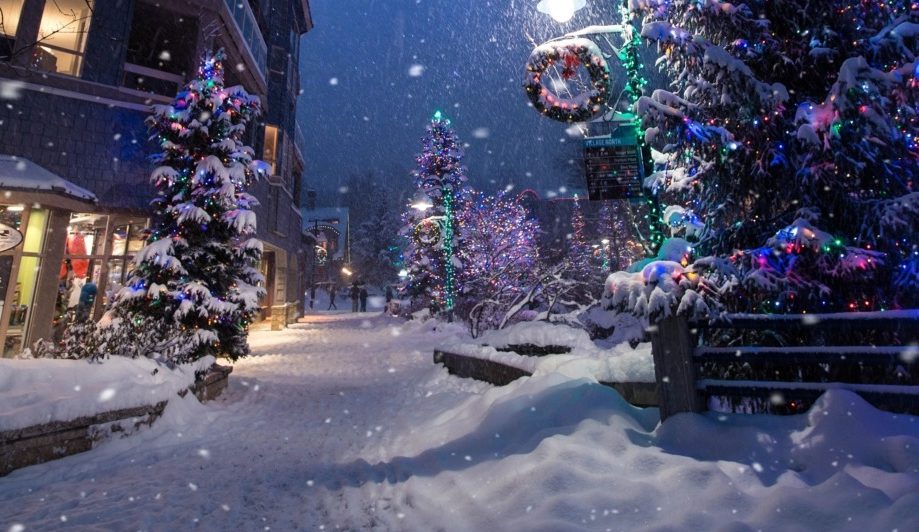 Warwick on Christmas Day: what is campus really like?

Here we are. Christmas Day. The day of global celebration, where we all escape the pressures of the U1 buses and use the supposed birth of humanity’s saviour as a cheerful front to ignore the mounting workload that awaits us in less than two weeks’ time. But even though we are all at home for Christmas, spending time with our families, eating our Christmas dinners, it’s easy to forget that amidst our festivities around the world, Warwick University has a Christmas Day too. This year, I’ve taken it upon myself to travel back to Warwick to see what goes on while we are all away, and quite frankly, the results may well bring out a festive smile.

As I got off the train to Coventry, I was immediately mugged. On any other day of the year, I’d be upset by this, but the muggers were all wearing Santa hats – so, to be honest, I couldn’t really complain.

I approached campus to see every ounce of concrete blanketed in fresh snowfall. In many places, this would have been an unbelievable sight. At Warwick, it somehow managed to make the campus even more boring than it already is. A Christmas miracle if there ever was one.

The walk to the Sports Centre has been turned into a complex ski slope, probably more sport than the three annual members who can brave the route there

Almost slipping like Warwick’s grasp of still being a top ten university, I waded through the snow and quickly realised the magic that surrounded me. Through the snowfall I could see a solitary figure. He stood in all red, bells jingling around him and a majestic sleigh stood high awkwardly parallel parked in Car Park 14. Unfortunately, he had failed to pay the extortionate prices to actually park any vehicle at Warwick, so was slapped with a hefty fine.

What I quickly realised was that at Warwick, things were different. Christmas was different here. Instead of giving and receiving gifts like most do on Christmas, instead, you handed over your money to receive nothing in return. It was quite shocking at first, but the figure, who now stood behind me, quickly reassured me: “Don’t worry, son, your money will be reinvested in the new Jaguar building extension that you students won’t even be able to go into”.

At a closer glance, I realised that this figure wasn’t Santa at all, but Stuart Croft. He was handing out places at the university to anyone that passed by the area. Whilst I reminded him that it wasn’t A Level results day yet, he smiled and simply stated that it was a generous Christmas gift to all.

He asked me what I wanted for Christmas as a student here at Warwick. I replied, “a university that actually listens to its students, cares about their well-being, an exam timetable that actually comes out on time, a senior body that isn’t entirely disconnected from its student population…”. Before I could finish, he was gone. A mere spectre in the snow.

Unable to use the self-service check-out, reindeers were congesting the queue in Rootes Grocery Store. They were all trying to buy the new vegan sausage roll. Despite the desperate pleas over the microphone: “more staff to the tills please”, no more staff were coming for it was Christmas. Having discovered that the pink meat in the normal sausage roll was, in fact, reindeer, they immediately flew off.

From afar, presents were being delivered to all the accommodations. For Bluebell, a free sticker that reads: “I don’t live in Bluebell” …and an 18ct gold ring. For Rootes, air-freshener and a will to live. For Westwood, a pair of new hiking boots. For Arthur Vick, something that makes it not Jack Martin. For Jack Martin, something that makes it not Arthur Vick. For Lakeside, to not be named after its literal geographical location.

At a closer glance, I realised that this figure wasn’t Santa at all, but Stuart Croft

The walk to the Sports Centre has been turned into a complex ski slope, probably more sport than the three annual members who can brave the route there.

The U1 and U2 buses will, with great regret, not be running on Christmas Day. This isn’t through a lack of drivers, it’s just that the buses are still uncontrollably exploding.

All in all, what I’ve found is that Christmas at Warwick is something truly magical. Whilst we may not experience it, we know that when we return, Warwick will be truly back to normal. And, in may ways, lies the true magic of Christmas.

(The following is a piece of satire)