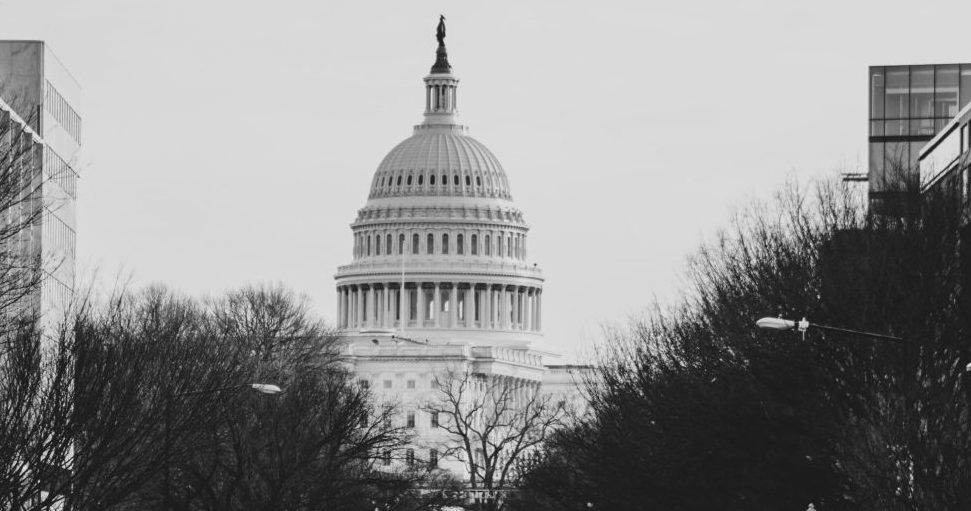 High crimes and misdemeanours: the Trump impeachment so far

Even for the most politically engaged among us, keeping up with the ongoing impeachment investigation into Donald Trump can be a challenge. Hopefully this article can help clear up the complex drama as the hearings conclude their initial stage. So, first of all, what is impeachment? In the US Constitution, the legislative branch (the law-making branch) that takes the form of Congress, holds the power of impeachment over the President. This means they can put the President under trial for “Treason, Bribery, or other high Crimes and Misdemeanors”, and potentially remove him from office. So, the next question is why is Donald Trump being investigated? The accusation placed at Donald Trump’s feet is that he staged a ‘quid pro quo’ (this-for-that) with a foreign country in order to start a smear against a potential 2020 Presidential rival Joe Biden. This issue was brought to light by an anonymous whistle-blower who is seemingly from the US intelligence network.

But what does this actually mean? The US congress approved $400 million in military aid to be given to Ukraine in order to help protect it from Russia aggression and expansion. However, the aid was put on hold under the instruction of the President of United States. The investigation is centered around a now infamous call on the 25th of July with President Zelensky of Ukraine. In the call, Donald Trump allegedly leverages the release of the aid upon the condition that Zelenksy do him a ‘favour’. This favour involves two requests. Firstly, it is to look into a conspiracy theory called ‘Crowdstrike’. It involves a claim that Ukraine interfered in the 2016 US elections. This theory had been debunked by the entire US intelligence apparatus as summed up in Fiona Hill’s testimony.

In the US Constitution, the legislative branch holds the power of impeachment over the President. This means they can put the President under trial for “Treason, Bribery, or other high Crimes and Misdemeanors”, and potentially remove him from office

The second and much more significant request that Donald Trump makes is that Zelenksy should investigate the Biden’s. But why the Bidens you might ask? Well Hunter Biden, son of Trump’s political rival Joe Biden, sat on the board of a dodgy Ukrainian corporation called Burisma. As is later revealed in the testimonies given (more on that later), Trump and his lawyer Rudy Giuliani requested that President Zelensky make a public announcement. It would say that the Ukrainians are to investigate Hunter Biden and Joe Biden for apparent corruption (even though the Ukrainians had no such ongoing investigation). The claim that Democrats make is that the military aid to Ukraine is being used as a tool to help Donald Trump smear a political rival. By making Hunter Biden, and consequently Presidential front runner Joe Biden look corrupt, some argue that it would aid Donald Trump’s re-election campaign ahead of the 2020 elections. This makes up the crux of the accusation. Some have called it bribery; others call it blackmail. In essence it is military aid in exchange for investigations of a political rival.

Now before I analyse and explain the key statements of figures involved in this scandal, I should explain the defence that Republicans have adopted. Firstly, they claim that there is nothing to investigate as the military aid was eventually released. This was without any announcement or investigation being made by the Ukrainian president to this day. President Zelenksy has denied that there was no blackmail involved in his phone calls with President Trump. However, it is important to note that the aid was released on September 11th, two days after Congress begin investigations following the whistle-blower complaint. Republicans also argue that President Trump was acting within his powers in withholding the aid, as they claim that he was concerned with corruption in Ukraine and didn’t want US taxpayer dollars being used unwisely.

So far, the investigation has involved listening to fact witnesses give a testimony and answer questions from the House Intelligence Committee. This is a very introductory stage of the overall impeachment process, intended to gather evidence. As time goes on, we are expected to see more information come to light as more witnesses come forward voluntarily or by subpoena (court request). In order to give a concise assessment of these witness testimonies, here are the top 5 key moments from the hearings so far.

The Republicans claim that there is nothing to investigate, saying that the military aid was eventually released

1. Potential Obstruction of Justice. There was a shocking moment during the testimony of former Ambassador to Ukraine Marie Yovanovitch when Donald Trump tweeted “Everywhere Marie Yovanovitch went turned bad” criticising her record as an ambassador. Chair of the House Intelligence Committee and chief impeachment organiser Adam Schiff quickly jumped on this attack. Schiff claimed it was “witness intimidation in real time by the President of the United States”. Trump’s attack on the former ambassador was definitely not a good look and could mean obstruction of justice (through witness tampering) will be one of the impeachment ‘charges’ placed against him.

2. Fiona Hill and Crowdstrike. As mentioned earlier, a conspiracy theory called ‘Crowdstrike’ was referenced by Donald Trump in his call with President Zelensky. It consists of a theory that Ukraine was responsible for various actions in 2016 that may have interfered in the Presidential election. Dr Fiona Hill, a member of the National Security Council and an expert on Russia, condemned any entertainment of this theory by (Republican) members of the committee. As evidenced in the Mueller Report, it is indisputable that Russia was responsible for attacking American democracy.

3. Trump’s Defence. Ambassador to the EU Gordon Sondland’s testimony to the committee created shock waves, for both sides. He claims that on the 9th of September he called President Trump and asked simply “What do you want from Ukraine?”. Sondlad had grown tired of mixed messages and lack of clarity surrounding the hold on the military aid. Trump replied saying “I want nothing. I want nothing. I want no quid pro quo. Tell Zelensky to do the right thing”. This part of the testimony has been used by Trump and Republicans as a defence in the impeachment. This being said, the statement was made after the whistle-blower’s complaint had been received. This investigation is not about the Ukraine situation, but about President Trump’s behaviour. If he can distance himself from the situation, it could prove difficult to pin the charges on him.

4. Uncomfortable Confessions. Many of the witnesses that have spoken so far have come forward with claims that they were uncomfortable with Trump’s requests made to President Zelenksy. Jennifer Williams, an aide to Vice President Mike Pence, testified saying the call was noticeably out of the ordinary. She said “specific references” were more suited to a “personal political agenda” rather than the foreign policy goals of the USA. Lt. Col Vindman, a decorated veteran and National Security Council aide also stated that he was uncomfortable with the contents of the call after having listened in. He said, “it is improper for the President of the United States to demand a foreign government investigate a US citizen and a political opponent.”

Many of the witnesses that have spoken so far have come forward with claims that they were uncomfortable with Trump’s requests made to President Zelenksy. Jennifer Williams, an aide to Vice President Mike Pence, testified saying the call was noticeably out of the ordinary

5. Quid Pro Uh-oh. The most damning statement of the hearings was made by Ambassador Sondland. While stating that Trump eventually said “I want nothing”, Sondland admitted that he himself was part of the ‘irregular channel’ working with lawyer Rudy Giuliani. He stated that there was a quid pro quo arrangement made where military aid would only be released if the Ukrainians publicly announced they were investigating the ‘Crowdstrike’ theory and Burisma (aka Hunter Biden). While other witnesses hinted at this conclusion, Sondland’s testimony was striking in its openness surrounding the ‘quid pro quo’ arrangement.

From what we’ve seen, it seems that the impeachment process will continue as predicted. The entire scandal is certainly complex and it will be nearly impossible for Democrats to find ‘hard evidence’ of Donald Trump’s impropriety. Hence why the investigation has relied upon witnesses so heavily. However, from the overheard phone calls, the transcripts, and the subtle orders given by Trump, there is certainly enough to go on. It is important to remember that the likelihood that this will lead to Trump’s removal from office is very slim. A two-thirds majority in the Senate is needed to convict Trump but that chamber is currently filled with a majority of Republicans. However, as more secret conversations are made public, who knows what kind of juicy details could be released. It could potentially turn the tide of public opinion among neutrals and undecided voters leading up to the 2020 Presidential Election.

Gallery image with caption: Why is there a drug death crisis in Scotland?

Gallery image with caption: Are students turning their backs on bars?