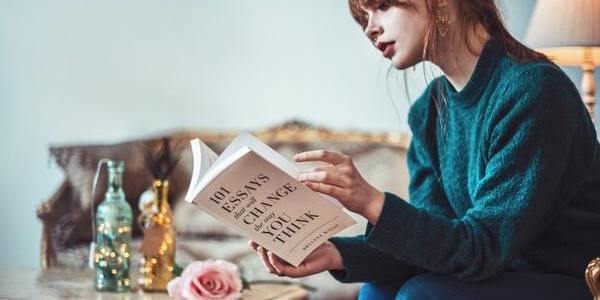 Although a lot of politicians are very well-read, (and well-versed in the classics if they’re amongst the population that went to a public school), a lot of them seem to have turned away from the world of fiction too soon. This is a mistake as many stories hold political power and messages that are picked up on by the audience. From classic novels to contemporary children’s books, all stories have the capability to teach us something and there are some stories in particular I think politicians should be reading.

Perhaps some politicians would benefit from an insight into a possible future to warn them off any rash decisions. After all, while some decisions are only made with the short-term in mind, they can have a long-term impact on society and the way in which it is shaped. As a result, politicians should consider picking up dystopian novels like The Hunger Games by Suzanne Collins. In the triad of novels, the elite live in a small but wealthy proportion of the country and have it all, while the poor are constantly doing manual work but are still starving. Worst of all, children are forced to fight for scraps on national television, in a sick subversion of reality television.

This story shows how the government often waits until tragedy occurs to improve policies, by which point it’s too late

As politicians might only see the population’s day-to-day lives in terms of statistics rather than experiences, (knowing how many people work on minimum wage doesn’t say anything about what the experience is like), they might benefit from more of an insight. A useful contemporary novel they should pick up is Alex Wheatle’s Home Girl, focusing on the experience of a girl in the foster care system who is constantly shifted around and can never find a permanent home. Wheatle’s other books might be just as beneficial, as he draws on his own experiences of Brixton and the social system.

Similarly, Wednesdays Not Coming by Tiffany D. Jackson explores racial inequality through the eyes of a young girl in America. It tells the story of a girl whose best friend goes missing but nobody else notices. Jackson weaves together two true stories to show how people can easily slip through the system, especially black girls, which is incredibly relevant to politicians as it is their legislation that shapes the system. This story shows how the government often waits until tragedy occurs to improve policies, by which point it’s too late.

A lot of these stories stress the importance of change, and maybe that’s the message that politicians should be taking away

Some politicians might even benefit from a story for children, such as The Tiger Who Came To Tea by Judith Kerr. In this story about a young girl and her mother, a tiger invades their home and greedily takes away everything they have. However, considering recent tragedies and ongoing ones such as austerity, a story about a force that takes everything away from a local family is hardly irrelevant. It would be telling to know whether politicians reading The Tiger Came To Tea see themselves as the little girl, the tiger, or the father who comes to the rescue at the end of the book.

Many politicians stress the importance of the classics, so perhaps they would be more inclined to read an older text. In time for the festive season, perhaps they should peruse a copy of A Christmas Carol, which shows how a frugal man unintentionally devastates those poorer than him but once he’s shown the suffering he has caused, decides to make a change to his life. Scrooge’s lack of knowledge of anything around him might be compared to the Westminster bubble and encourage the politicians inside it to reach out to those on the outside.

A lot of these stories stress the importance of change, and maybe that’s the message that politicians should be taking away. Not just from the stories above, but from the very people affected by the policies implemented who will be voting in the upcoming elections.