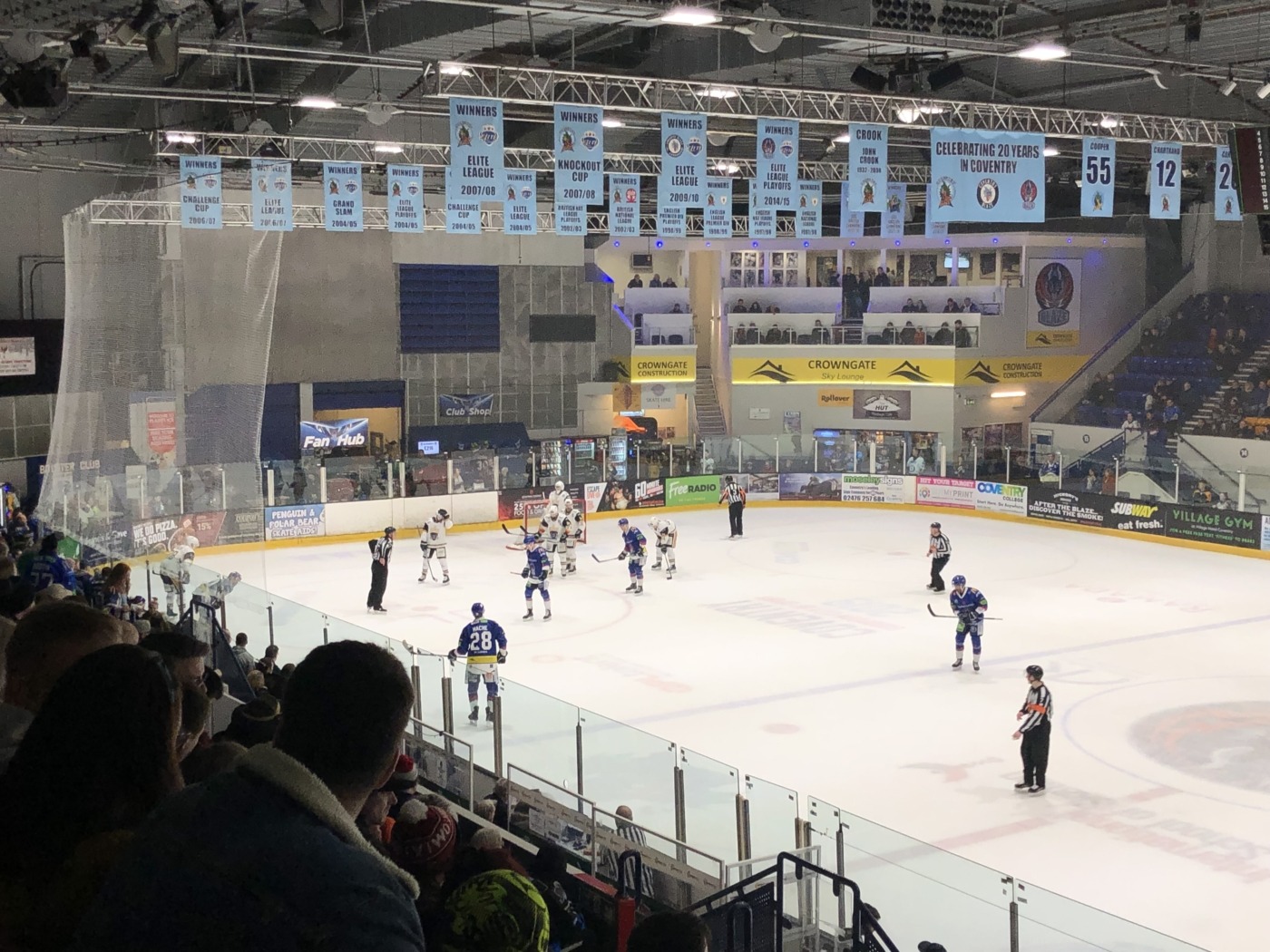 Panthers down Blaze to extend winless run to five

In an action-packed night of hockey at the Skydome Arena, Coventry Blaze were unable to upset the form-book, falling to a fifth successive defeat since mid-November against Nottingham Panthers on Saturday evening. Despite taking the lead in the first period through Luke Ferrara, Blaze were unable to contain Brett Bulmer, eventually succumbing to a 6-3 defeat on home ice.

The hosts, still without the injured David Clemments and Janne Laakkonen, started the match brightly in the first period and took the lead after just four minutes. A fine offensive surge from David Broll allowed Ferrara to evade the attention of the Panthers’ defensive unit at the back door, an error which eventually allowed the Team GB star to fire a floating, backhand effort beyond the glove of Jackson Whistle.

Danny Stewart’s side were not, however, able to build upon their lead in the first period; Nottingham Panthers dominated much of the remainder of the first period. Within eight minutes of the Blaze taking an early lead, the travelling side had found a route past Jamie Philips in the Blaze net thrice. Bulmer opened his account for the night inside seven minutes, before Julian Talbot and Oliver Betteridge each found twine on twelve minutes.

Johnston, with space to exploit on the break, held his composure to fire Blaze back within one

The brightest moment of the night for Coventry Blaze came courtesy of Johnston and Ferrara, who combined perfectly on the breakaway to bring the hosts back into contention in the first period. A loose pass among the Panthers’ offensive unit was intercepted by Ferrara inside Blaze’s blueline, who set Johnston free on the rush with a driven pass through centre-ice. Johnston, with space to exploit on the break, held his composure to fire Blaze back within one.

Any optimism that did grow around the Skydome during first intermission was quickly snuffed-out by the Panthers in the second period, who scored twice inside two minutes to effectively end the hosts’ hopes of a comeback on Rivalry Night. Both second period Panthers goals followed the same blueprint: two surging skates along the boards ended in cross-crease passes to the backdoor, leaving the goal gaping for Betteridge and Malmquist.

With the match poised at 5-3, Jamie Phillips was pulled to the bench

Tenacious play from Evan Bloodoff cut the Panthers’ lead to two on 31:08, capitalising upon a loose puck in the Panthers zone to send a driven slap-shot beyond the reach of Whistle on the pad side. The hosts hit the post just minutes later, but the match officials decisively concluded that the puck had not breached the Panthers’ goal-line.

The third period was the most hotly-contested of the evening, as Blaze ramped-up the pressure on the visitors while on the powerplay. Whistle was forced into two sprawling glove saves while Panthers sought to kill Brian Connolly’s hooking penalty. With the match poised at 5-3, Jamie Phillips was pulled to the bench in favour of an extra Blaze skater on 18:35. With moments remaining on the clock, Bulmer ended the hosts’ hopes of a late comeback, scoring into the empty net to give Nottingham Panthers a deserved 6-3 win on the road.