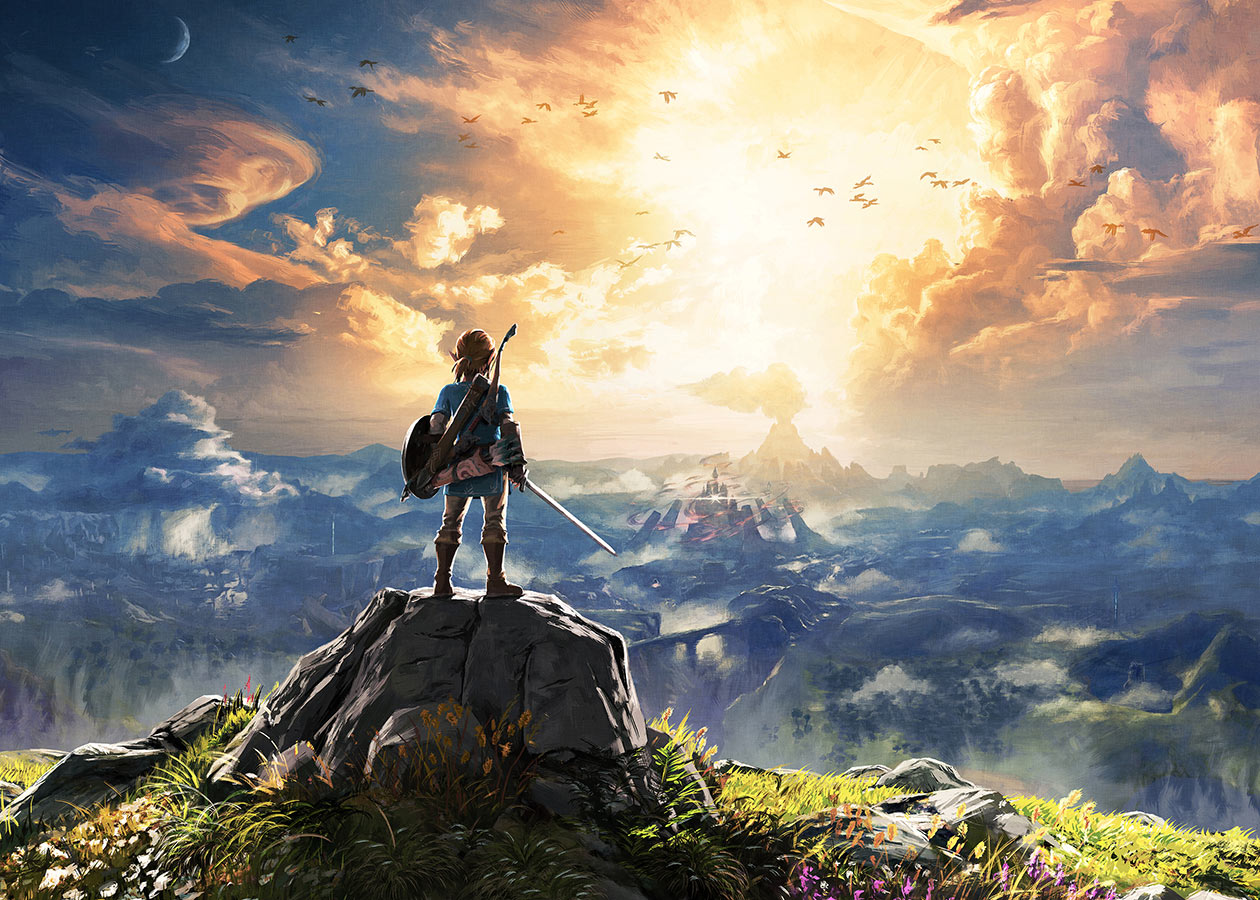 The Legend of Zelda: Breath of the Wild – Games of the Decade

Much like people who say their favourite film is The Godfather or Shawshank Redemption, I am fairly boring in selecting Legend of Zelda: Breath of the Wild (BOTW) as my Game of the Decade. Its popularity led some commentators to describe it as overhyped, but after sitting down and playing BOTW again for a few hours, I was reminded about just how ground-breaking this game was.

The 2010s were the decade of open-world adventure games, and so it makes sense that the Game of the Decade should be the best of this genre. What sets BOTW aside from the annual Assassin’s Creed release is that it truly is an ‘open-world’. After completing the tutorial area and gliding over the wall, I asked myself ‘What now?’. There were no checkpoint markers, no NPC to tell you what to do, just one task – to defeat Ganon and save Hyrule.

BOTW signified to fans that Nintendo was back, making classic, genre-defining titles

Hyrule’s vast and damaged landscape offers players the chance to get lost and immersed in the game, exploring the map to find new shrines, sidequests, and characters aside from the main missions. This isn’t to take anything away from the main storyline, which shifts away from the traditional Legend of Zelda storyline of Link as the heroic protagonist who saves always the day. Instead, we are exposed to Link’s flaws, with him failing to save Hyrule from Ganon in the opening prologue, going into sleep for 100 years.

Breath of the Wild is not an ‘easy game’, despite Nintendo reputation for easier experiences. The lack of in-game barriers designed to block you from harder enemies means that right from the start, with nothing but a branch in your hand, players can fight (and often lose) against Lynels, Taluses and Hinoxs, or even Ganon, the final boss, to give themselves a true challenge.

What distinguishes this from other amazing open-world games such as Red Dead Redemption 2 and Horizon Zero Dawn is its legacy. Breath of the Wild’s launch coincided with the Nintendo Switch’s release, marking a new, much more successful era of Nintendo marketed away from a younger audience, as was the case with the WiiU. BOTW signified to fans that Nintendo was back, making classic, genre-defining titles rather than focusing on cash-grabs and gimmicks, and is responsible for giving the Switch a solid platform from which it could grow, setting a standard that all future Nintendo IPs should aim to reach. With a sequel already on the way, can we already say that Breath of the Wild 2 will be the best game of the 2020s?

Zelda: Breath of the Wild Review