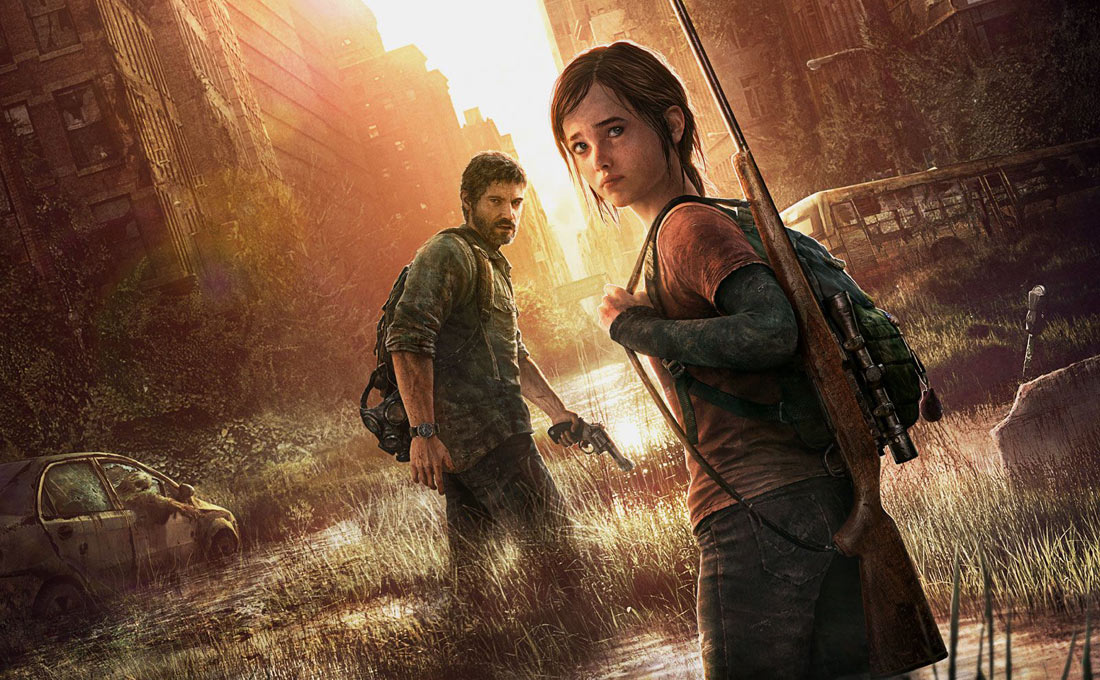 The Last of Us – Games of the Decade

Video games as art is a concept I’ve learned to accept and reject whichever way the mood swings. Sometimes you want to immerse yourself in a deeply-woven narrative and sometimes you want to silently execute enemies while sneaking around hotels and collapsed subways, and what a game achieves comes down to the creative team behind the project. When developer Naughty Dog set out to create their brand new IP after the massive success of Uncharted 2: Among Thieves, I can only imagine they asked themselves ‘why not both?’

What a thirteen-year-old me learned when The Last of Us finally dropped was that, no matter whether you played on easy or the later added Grounded mode or sat back and watched the experience through someone else controlling it, this game is categorically unforgiving. It thrusts the player into the harsh night of the initial outbreak and seizes your interest, dragging you through dark streets and haunting set pieces in what is little more than a spooky ‘walking simulator’, until it finally reveals itself thirty minutes into the game; The Last of Us is a story about family and tragedy and loss, and it tells you this by shooting your daughter as you carry her in your arms.

The Last of Us is a masterpiece, and I say that with conviction

I learned something then, even though the prospect of learning things at the time was thrust far out of mind into the back of my brain, that has stuck with me for the more than six years since, about video games as a medium of storytelling. In those first thirty minutes, what might be an entire act in a film, The Last of Us takes its time and puts the player in the shoes of Sarah. She’s not on the front of the box, you think to yourself and her fear and confusion and powerlessness reflects that of the player as you’re dragged along, gradually forming a connection with her, until events unravel and the real game begins.

The Last of Us is a masterpiece, and I say that with conviction regardless of whether people share my opinion that it is the best game of all time. What Neil Druckmann, writer and creative director, was able to do was tap into two aspects of what makes games so unique. The first is an empathy derived strictly from the player seeing themselves in the place of the characters. By beginning the game with Sarah, and then switching to Joel and later Ellie, Druckmann controls both how the player approaches the game and how they feel, creating an intensely immersive experience and a connection through the controller. The second is environmental storytelling. Although the plot itself is brilliantly written and enhanced by stellar performances by Troy Baker and Ashley Johnson, what makes the game exemplar of what games are capable of is how the plot and world are expanded upon through details sprinkled and hidden around, whether it’s seeing the same explosion on the news and through the window or finding Ish’s notes in the sewers.

When I travel home from uni, I still pick up my copy of The Last of Us: Remastered on PS4 and relive everything that makes it my favourite game of all time. And, when I boot it back up, even though that edition is now over five years old, I never fail to find that its multiplayer servers are still active and populated. Just as the life-changing experience of The Last of Us has never left us, we have never left it, and I eagerly anticipate kicking off the next decade of gaming with The Last of Us: Part II.

It’s the year of the sequels, again