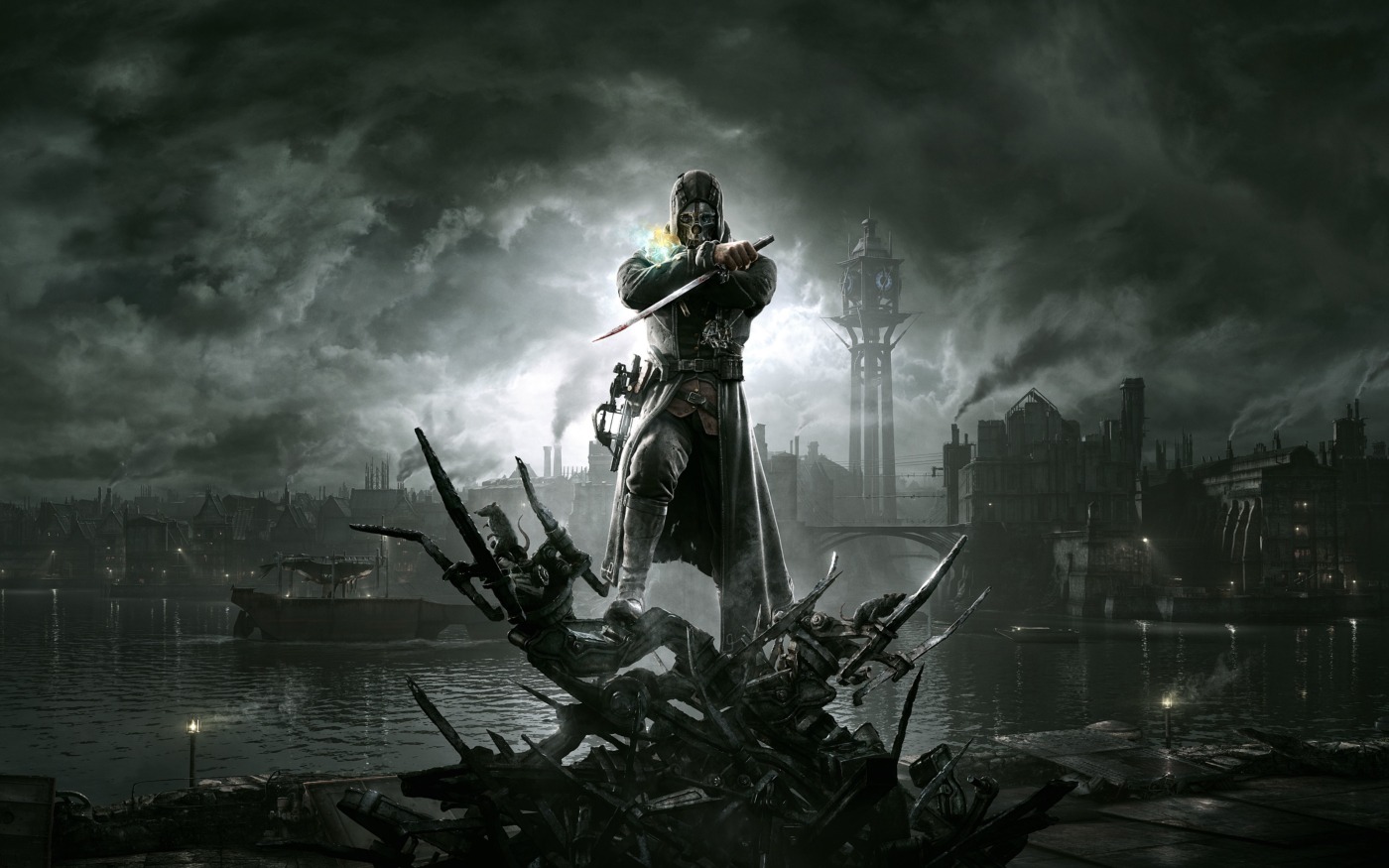 Dishonored – Games of the Decade

At a time when games were associated with cramped hallways and set pieces, Lyon-based Arkane Studios remembered the revolutionary mantra of liberty. Like the original BioShock, 2012’s Dishonored will be remembered for how many options it presents to players, prioritising freedom alongside an ever-changing gameplay setup.

There are shades of the French Revolution everywhere in Dishonored’s tale of regicide and revenge, but calling this an ‘assassin’ game would be selling it short. First-person stealth has rarely been done so well, yet the real hook isn’t assassination. It’s exploration. Dishonored’s levels aren’t part of an open world. They’re smaller ‘hubs’ linked by loading screens, and their potential is maximised. There’s no fluff or empty space here. Each encounter feels hand-crafted, with almost all player styles accounted for in the environment.

Whether you’re skulking or stabbing, Dishonored always has an obstacle in your way, and progression feels rewarding without an on-screen ‘congratulations!’ In a decade where so many games have piled on difficulty for the sake of it, Arkane understand that gaming fun comes less from challenge, more from the pure satisfaction of overcoming hurdles. In truth, Dishonored can be as hard as you want it to be. Discovering more of its messed-up world is a reward in itself, but whatever the case, a no-kill playthrough on the easiest setting remains entertaining, even after seeing the credits roll on ‘Very Hard’.

Dishonored’s toybox is versatile, opening even more opportunities in the moment

You’ll want to replay Dishonored, anyway, either for new approaches or a different outcome. The ‘better’ endings may be tied to less bloodshed, but a stealthy playstyle isn’t a trade-off for instant fun. Sneaking through this newly industrial world is every bit as gripping as using its tools against the guards, and that’s before we get to your supernatural abilities.

Protagonist Corvo isn’t just an outsider to this steampunk empire; he’s a newcomer to arcane powers granted by a literal ‘Outsider’. These range from the short-range teleport ‘Blink’ to ‘Devouring Swarm’, weaponising the city’s corpse-fed rats. Whichever you decide to unlock, Dishonored’s toybox is versatile, opening even more opportunities in the moment.

If Dishonored sounds violent, that’s because it is. Even if you don’t kill a soul, the imperial city of Dunwall is still riddled with plague, and you’ll rarely speak to a character without blood on their hands. With that said, Arkane’s rough take on Victorian England – an empire dependent on exploited workers and whale oil – is fascinating. Perhaps this is because it’s a tale for today. There’s political disregard for the common citizen, scapegoating and scheming, and just how far people will go for power. It’s great stuff, and subtly written, irrespective of how your actions end it.

Dishonored was a gamechanger for modern level design

It doesn’t hurt that Dishonored is a timelessly pretty game. This decade’s detailed graphics have been staggering, but Dishonored’s soft textures will last much longer in the memory. Its oil painting aesthetic is inspired to say the least. In one screenshot you’ll see ugliness, but also the awe of Dunwall’s architecture. Plus, with some of the decade’s most varied art design, you won’t get bored of what you see.

Much like their 2017 gem Prey, Arkane Studios are the masters of restraint. Nothing exists in Dishonored that shouldn’t, so there’s no co-op mode or half-baked multiplayer. It’s an artistic tale of politics and chaos, and one that’s damn fun to play, however you choose. Some say it’s a throwback to old-school design, but I’d disagree. Released between so many corridor-crawlers and empty open worlds, Dishonored was a gamechanger for modern level design, and the industry owes its newfound freedom to this classic from France.