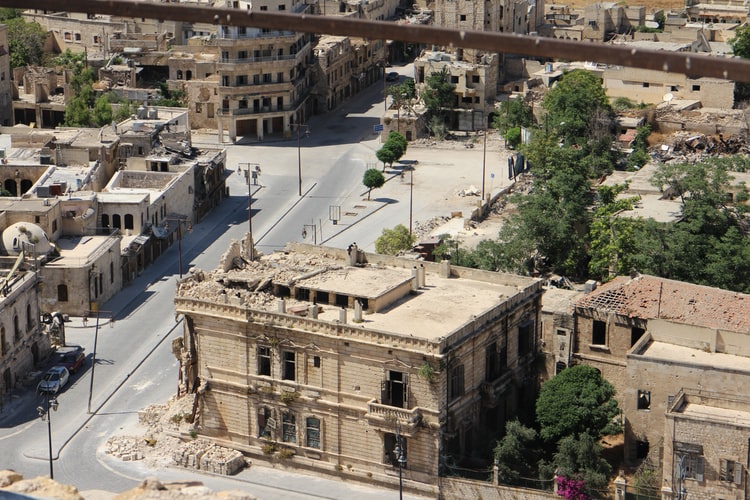 A documentary from BBC Panorama, investigating the British Government’s potential cover-up of war crimes, has been released. The documentary investigates several reports of “unjustified” killings of Afghani and Iraqi civilians by British soldiers, and was released just two years after independent government inquiries into the war crimes were disbanded. One journalist claimed that “illegal killings have been covered up by the state” to save face in the wake of the Iraq and Afghan wars, with both the Iraq Historic Allegations Team (IHAT) and Operation Northmoor – the Afghan equivalent – disbanded in the past three years.

One cover-up investigated by the BBC related to the death of Iraqi police officer Raid al-Mosawi in 2003, after he was shot by a British soldier in Basra. The official report stated that “two shots were fired”, and that the Iraqi officer had drawn his weapon first. However, al-Mosawi’s family claimed he was in the middle of a meal, and would have in no way appeared as a threat.

Yet when the report was revisited by the BBC, the key eyewitness – on whom the report relied – said he had only heard the event from a distance and had only heard one shot. This gave credible evidence that the report had false information published by commanding officer, Maj Christopher Suss-Francksen. This wasn’t the only incident the documentary explored. Another report investigated the killing of four young Afghani civilians in 2013 – the youngest of whom was just 12 years old.

British special forces had received a tip-off about potential Taliban activity in the village of Loy Bagh, prompting a raid of one home. Frank Ledwidge, a warfare expert, explained such raids were common, and described them as a “perpetual motion machine of killing and capturing.” The resulting death of the four civilians was justified by the soldier due to the men apparently being armed. However, the family of the victims claims this not to be the case.

Frank Ledwidge, a warfare expert, explained such raids were common, and described them as a “perpetual motion machine of killing and capturing”

“All four were drinking tea and were killed while they were sitting,” the older brother of two of the victims, Sultan Mohammed, told the BBC. The pictures taken of the room in which the four were sitting show bullet holes in the walls – which, according to one member of the Crown Prosecution Service, is “consistent with the account given by the victims’ families,” as opposed to the account from the soldier.

This investigation could have serious ramifications for both the British Government and the Ministry of Defence. There is believed to be credible evidence for these investigations to be reopened, with the International Criminal Court (ICC) keen to investigate the cases themselves. An investigation from the ICC has the potential to become seriously problematic. A large component of Britain’s dignity in foreign affairs is its reputation for righteous self-investigation – even when such investigations may not reflect well reputationally. Recent examples include the Saville Inquiry and the commission responsible for bringing justice to the families affected by Bloody Sunday – where British soldiers opened fire on Irish civilians.

The ICC report concluded that, despite prior reports, the murder of civilians was “unjustified”, unveiling a cover-up from British Army officials. While this, at face value, could be reputationally damaging, the mere fact that the government were willing to investigate, publicise, and apologise for its own wrongdoing paints a larger picture of Britain as a fair and just state.

The ICC report concluded that, despite prior reports, the murder of civilians was “unjustified”, unveiling a cover-up from British Army officials

Therefore, it is vital that the Government, in the wake of new evidence, not only reopen investigations into potential war crimes committed in Iraq and Afghanistan, but also investigate why Operation Northmoor and IHAT failed to deliver a correct verdict. They may choose to welcome the ICC investigation, inviting the court not just to review the individual cases, but the processes of Operation Northmoor and IHAT that led to ill-formed conclusions.

So how much responsibility must these soldiers take? There’s no doubt that murder of civilians must see soldiers prosecuted, but it’s also important that soldiers aren’t treated under regular UK judiciary processes – this is where jus in bello comes in. Jus in bello governs the way in which war is conducted, and “seeks to minimize suffering in armed conflicts, notably by protecting and assisting all victims of armed conflict to the greatest extent possible.”

Civilians can never be targeted – as the ICRC website clearly states, “attacking civilians constitutes a war crime.” Therefore, any solider who kills a civilian, especially when they have no rational reason for doing so, must be prosecuted, regardless of their allegiance. However, when in war, the law must be applied differently – not in terms of prosecution, but in terms of punishment. While there may be no rational reason for the crimes being committed, circumstances must be taken into account.

For example, the British soldiers who seized control of Basra after the incarceration of Saddam Hussein were left as untrained law enforcers to control a city of over 2 million people. With cultural divisions, coupled with the fear of being attacked by civilians, it is inevitable that soldiers would take extreme measures to maintain “peace” – especially as many would have had no formal police training.

Hence, it may be justifiable to avoid traditional criminal procedures when punishing the soldiers, and instead focus on providing reparational payments and support for the victims’ families. However, this level of leniency shouldn’t be applied to all cases. Incidents like those in Loy Bagh, where four innocent civilians were murdered because of a tip-off, may require individual sentencing for the soldier responsible.

Equally, there is a debate around who should take responsibility for the crimes. Should we be prosecuting the soldier who pulls the trigger, or the officer who authorised the raid? Many have looked to blame former Prime Minister Tony Blair. Blair justified Britain’s engagement in armed conflict in the Middle East by claiming Saddam Hussein possessed weapons of mass destruction.

After Blair’s claims were disproven, he was forced to resign as PM, and consequently was subjected to the Chilcot Enquiry, which opened in 2009. Published in 2016, the results were described by BBC Political Editor Laura Kuenssberg as “damning”, concluding that, among other things, “the government failed to achieve its stated objectives” and that “military action at that time was not a last resort.” Blair had failed to comply with Jus ad bellum – the universal legal justifications behind going to war – and innocent civilians had consequently suffered.

After Blair’s claims were disproven, he was forced to resign as PM, and consequently was subjected to the Chilcot Enquiry, which opened in 2009

Chilcot later explained that Blair was “emotionally truthful” in his beliefs that Hussein was a threat – a key reason why criminal procedures were not opened against him. Chilcot continued, describing Blair as under “great emotional pressure.” However, this is an inherently problematic stance to take. While Blair, in the wake of the September 11 attacks, may have been swept into making an emotional decision rather than a rational one, it’s important to remember that a Prime Minister, with power over peoples’ lives, needs to operate on concrete evidence. Blair’s decision was a matter of life and death. And he chose the wrong option, when he didn’t need to.

Blair’s decision caused the lives of innocent people to crumble. Even now, we’re struggling to pick up the pieces.