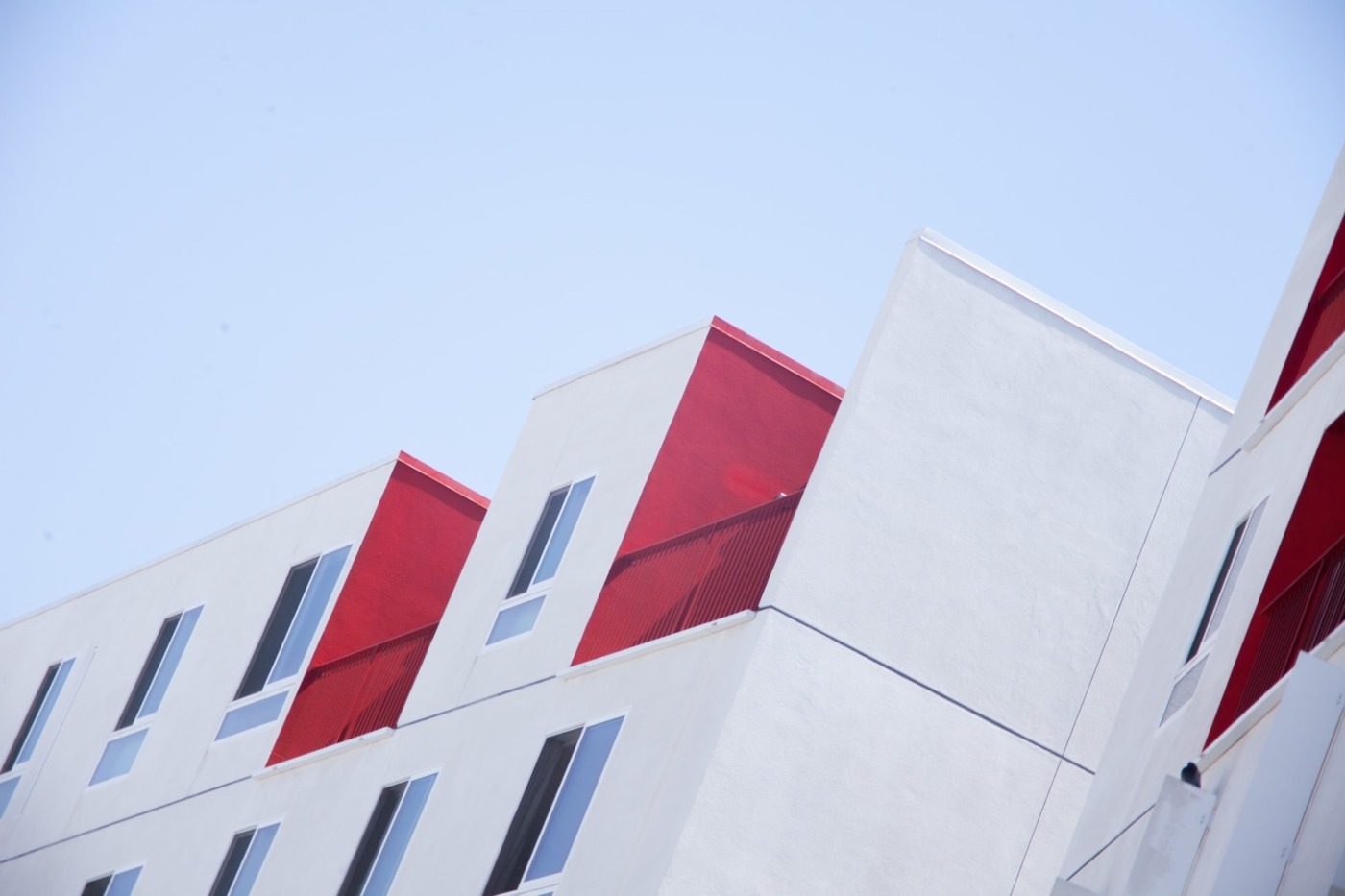 Bauhaus was born in 1919. In the following 14 years its survival was continuously threatened by shortage of funds, hostile officials and internal queries. When it was closed by the Nazis in 1933, it had already moved three times and released less than 500 graduates.

Nevertheless, nothing could stop Bauhaus from becoming a legend even during the short time it existed. The movement questioned the teaching methods of art, the nature of good design and the effects of buildings on their inhabitants. Even 100 years later, as design historian Gillian Naylor argues, Bauhaus remains “a symbol of a progressive attitude towards architecture and design” – a milestone of human efforts to interact with technology.

The school was created just after the First World War, and yet was filled with optimism.They aimed to train a new generation of architects and designers who would be able to understand the demands of the new century by applying all resources (from technical and scientific, to intellectual and aesthetic) that could satisfy the spiritual and material wellbeing of humankind.

Art was no longer separable from life

As Naylor points out: “The Bauhaus did more than any organisation… to reconcile man and his man-made environment.”  The strong requirement of unity, underlying all branches of design, was fundamental in the Bauhaus movement. In this, the old dividing line between monumental and decorative elements would have disappeared altogether.”

During those 14 years of existence, Bauhaus changed its character many times, but the short life did not allow it to betray its primary ideals. For Bauhaus “the artist is an exalted craftsman … the grace of heaven may cause his work to blossom into art” and the art was no longer separable from life.

The school was inspired by nostalgia for the nature of art, education and industry of the 19th century. It began with Walter Gropius, the first director of the Bauhaus, who proclaimed a classless ‘new guild of craftsmen’. Indeed, Bauhaus members came from all social classes. As one former student recalls: “They made a vivid appearance, some still in uniform, some barefoot or in sandals, some with the long beards of artists or ascetics.”

In 1919 Gropius’ ideal vision was to create the new building for a new kind of society, embracing the unity of ‘architecture and sculpture and painting’. This creation would, in turn, be praised by millions of workers, ‘becoming the new faith’. For this, Gropius largely relied on avant-garde artists to create and stimulate the creative process, thus shaping the Bauhaus.

Walter Gropius came from a family of architects. He studied architecture in Berlin and Munich, however, his practical training began in the office of Peter Behrens in 1907 which was, as Naylor points out, a very stimulating environment, which left a huge mark on Gropius. Already in 1915, in his letter to Fritz Mackensen, director of the Weimar Academy of Fine Art, when negotiating the continuation of a craft school as a department within the academy, he could not imagine teaching architecture as a separate subject, since for him, it was “all embracing”. Gropius believed that the a creation of a happy working community for students, similar to the mason lodges and their working methods in Middle Ages, would result in an emergence of a new style. Gropius highlighted the importance of coherent work between an artist and an industrialist.

The emerging style of early 20th century required that the former would understand that handwork was no longer sufficient, and the latter that the artist and their values must be heard. Gropius believed that if the art was to have any social meaning, the architect had to be backed by the scientist, the sociologist and the psychologist. The ideal was an artist designing something from his imagination while following the greater plan of the master – workers who worked independently, but in harmony and close co-operation.

Bauhaus was accused of subversion and Bolshevism

According to this idea, Bauhaus students had to be taught by two masters, an artist and a technician. The curriculum consisted of both practical and formal instruction. Whereas the practical work required a study of materials and working processes, the formal study was classified into three parts: observation, representation and composition. Bauhaus encouraged liberation of student’s creative power, demanding a complete abandonment of “mass accumulated information”, in turn creating one’s own. Johannes Itten, an influential teacher at Bauhaus, encouraged a thorough study of the material that the artist was working on. Itten’s influence was tremendous, but his philosophy of ‘personal salvation through a mystic communion with matter’ heavily collided with that of Gropius.

During the years of Weimar Republic, the Bauhaus movement suffered several problems. Its economic situation and the attitude of the Weimar bureaucracy did not project longevity to the movement. After 1924, when conservatives came to power, Bauhaus was accused of subversion and Bolshevism. Gropius had to act fast. He wrote a letter to the Thuringian Government expressing his grief regarding political prosecution, accusing the government of “having permitted and approved the frustration of culturally important and always non-political efforts through the intrigues of hostile political parties.”

The threat of the extinction of the Bauhaus aroused a storm of protest. In order to save the school alternative cities to relocate to were considered an finally, in 1925, Bauhaus moved to Dessau – a small, but promising town.

From 1925 to 1929 Bauhaus was still living on the ideas established in Weimar. Their new life in Dessau, however, was gifted with intense activity. The Bauhaus metal workshop created “most subsequent developments in light fitting design”, that now are taken for granted. Marcel Breurer, for example, decided to test tubular steel for furniture. This resulted in a series of designs for chairs, tables and stools which combined steel with textile and wood. His invention of a cantilever chair was a tremendous breakthrough: the structural lightness and resilience of it shaped the requirements for furniture that exists today.

The Bauhaus movement also heavily influenced typography. It required “clear communication in its most vivid form”, believing that clarity is “the essence of modern printing”.  The authority of Herbert Bayer, Moholy-Nagy, Schlemmer, Albers and Schmidt is still felt today. The reduction of decorative elements to the basic geometric forms and the contact of text and illustrations was calculated with mathematical precision. Albers and Bayer designed sans-serif typefaces, questioning the need to use capital letters (since they are not expressed vocally) which lead to the abandoning of upper-case letters.

In 1928, Gropius resigned, appointing Hannes Mayer as the new director. Meyer expressed extreme left-wing views that conflicted with those of the Dessau authorities. Nevertheless, he refused to compromise, believing that a true architect should not remain politically uncommitted. Meyer increased the social awareness of the students, highlighting the importance of putting the needs of the people first. However, he was rather intolerant to the people of different views, thus the liberal and humanistic attitudes imposed by Gropius were quickly rejected. This lead to a search for a new leader, and Gropius suggested Mies van der Rohe.

Despite the end of the aesthetic of the Bauhaus movement, its ideas live on

Rohe had a reputation of being a purist and perfectionist. He banished all politics from the school – an unpopular, but necessary decision. Sadly, this was not enough to save the Bauhaus.

In 1932 the Nazi party gained control of the province of Anhalt, which included Dessau. For the Nazis, Bauhaus was “a symbol of Bolshevism, decadence and subversion” and a form of degenerative art. The irreversible decision to close Bauhaus was taken, despite many efforts undertaken by the director and international protestors. Bauhaus was closed in October 1932.

Mies managed to briefly reopen the school as a “private venture” in Berlin, but only for a mere sixth months. When Hitler came to power, persecution was resumed and soon the Gestapo occupied the school searching for proof of Communist activities. Mies’ protests to reopen the school were not enough, and the Bauhaus was finally closed in July 1933, never to open again. The leaders were forced into exile, many of them settling in America.

Despite the end of the aesthetic of the Bauhaus movement, its ideas live on, further spreading its influence and importance. This combination of nineteenth-century idealism with twentieth-century realism “could not move faster than the society it served.” 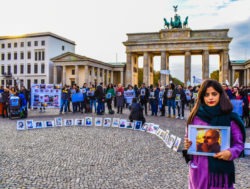