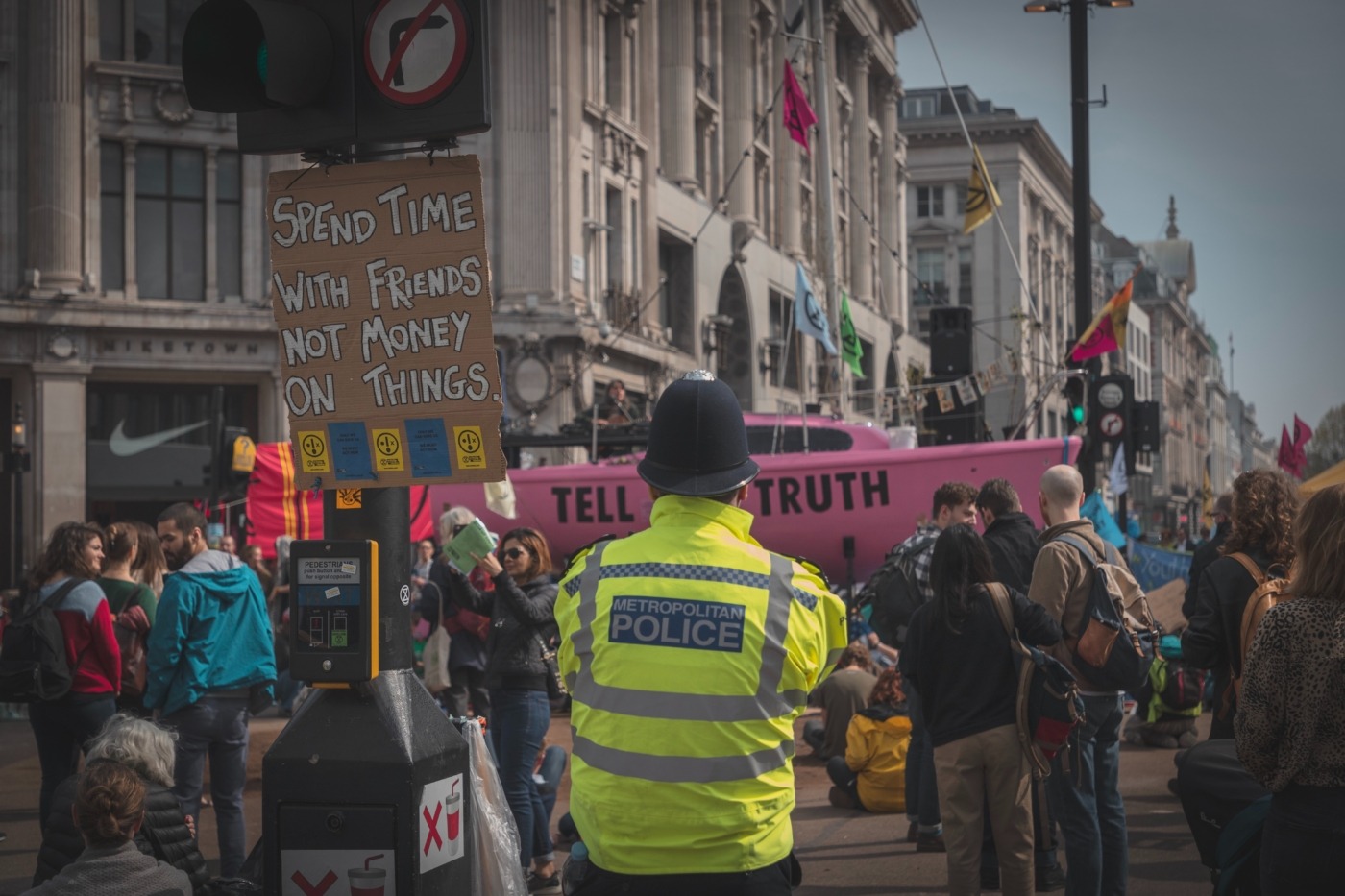 Extravagant banners, theatrical stunts and even death cults marked the fiery brand of Extinction Rebellion this month, in its ambitious plan to force the government to take meaningful climate action. As the movement galvanises more people than ever before, we ask what Extinction Rebellion actually wants moving forward.

Set up in the UK, Extinction Rebellion self-describes itself as a movement that uses civil disobedience in order to force governments and indeed the wider public to “Act Now!” on climate breakdown and the ‘6th mass extinction’ of animal and plant species. We know all too well that our current rate of human activity is unsustainable, and it’s safe to say Extinction Rebellion has had a few radical ideas of forcing this fact into the mainstream.

Yet this year the protests seem to be getting more serious: in April, thirty protesters appeared in court over not complying with police orders, and in October alone 1,300 arrests were made. As co-founder Roger Hallam remarked: “Letters, emails, marches don’t work … You need about 400 people to go to prison”. Is this more radical change of tack working as the pressure group  ticks over into much more of a bolder movement? Well, its important to note that fuelling this is the seemingly strange brutality of the metropolitan police in cracking down on peaceful protest: a blanket ban has now been imposed on all protesting in the City of London.

Just let that sink in: in six years we will have to neutralise all of our emissions

It seems that as Extinction Rebellion gains more momentum it poses more of a threat in its civil disobedience, prompting an excessive crackdown from the police, but which in turn fuels even more radical action. I fear this direction into a downwards spiral could lead to the pressure group risking a loss of support, for example an increasing number now oppose the campaign aiming to “Shut Down London” because of disruption to roads and services.

It is a double-edged sword that comes with radical controversial action that makes me unsure of Extinction Rebellion’s future effectiveness. However, it has achieved success so far, and has maintained attention from mainstream media. PM Boris Johnson has since announced an Environment Bill. The bigger issue here is the ambitious aims Extinction Rebellion has set for itself: achieving net-zero carbon emissions by 2025. Just let that sink in: in six years we will have to neutralise all of our emissions.

Even if the UK government implements radical cuts to all domestic pollution, there are still large polluting industrial powers like China and oil companies in the Middle East that need to be reigned in. Their aims thus seem unrealistic. Nevertheless, Extinction Rebellion’s cause is credible and urgent, and I expect more support to grow from its increasingly giant movement. It’s also incredible that it has achieved international success in Madrid and Sydney for example. Yet I am unsure if the current action in London is sustainable. Next, the group has expressed willingness to target the Underground. How will that fiasco play out?

Extinction Rebellion’s cause is credible and urgent, and I expect more support to grow from its increasingly giant movement

On a side note, I find Extinction Rebellion has broader relevance: interviews conducted by The Guardian show that the protesters cite science frequently in their attachment or joining of the movement. Perhaps Extinction Rebellion encapsulates a scientific push-back through climate change, against the populism we have increasingly seen across Europe which champions the rejection of science and elites. This would also explain how the current protests are gaining significant attention from right-wing commentators and trolls in particular. Either way, this pushback for science and reason should continue. If you’re a student; go and join your nearest city’s protest. Go and make your voice heard. Extinction Rebellion seems here to stay, I’m just not sure the government wants to listen.