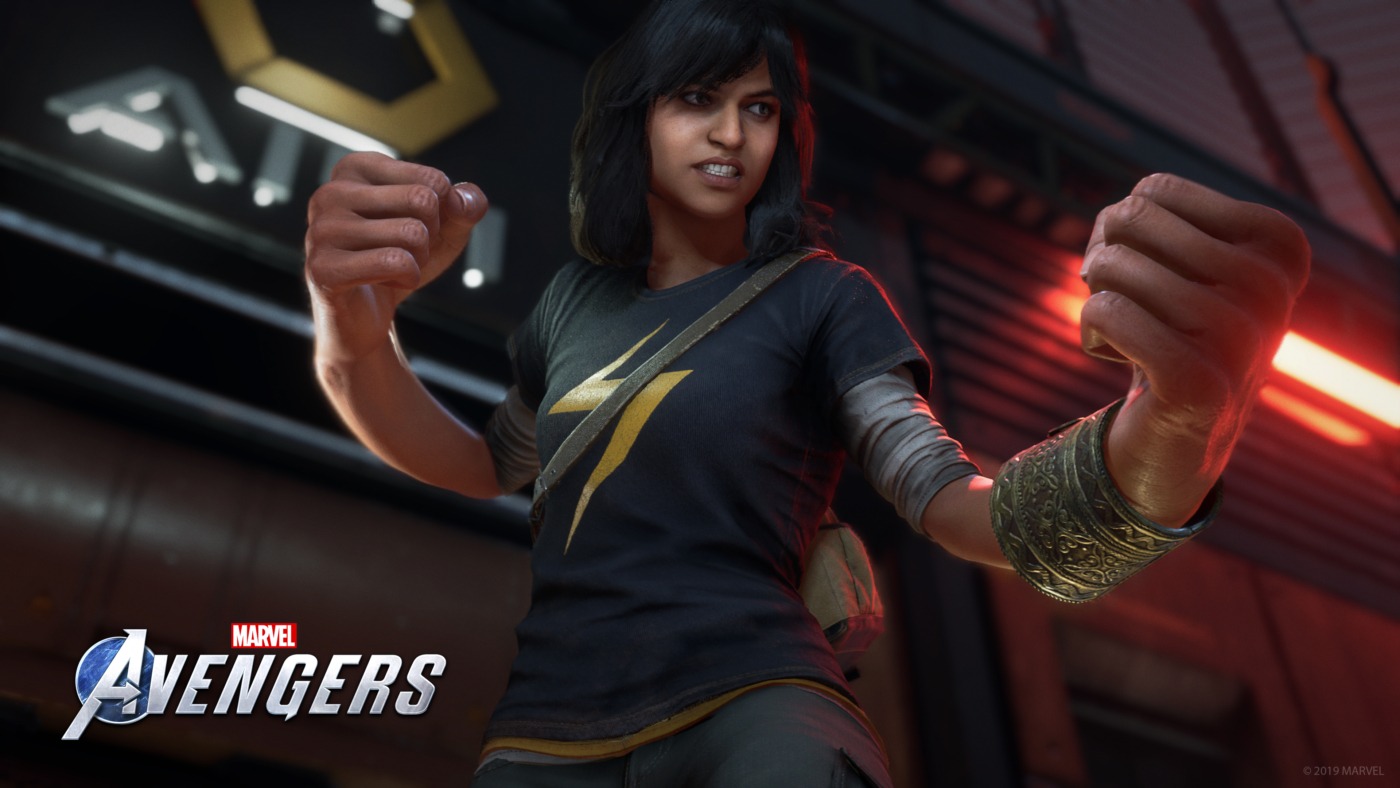 Unless you have been living under a rock for the last decade, you almost certainly know who the Avengers are. The Marvel Cinematic Universe (MCU) has dominated global box offices in the past few years, with record-breaking titans such as Avengers: Infinity War and Avengers: Endgame leading to eager anticipation for more Marvel projects in the future. Enter Marvel’s Avengers, the action/adventure game published by Square Enix and developed by its subsidiary Crystal Dynamics. With a huge reveal at E3 2019 – two years after the initial announcement – the project has been propelled into the spotlight and has faced mixed reception from fans. Though a recent announcement is occupying much of their attention, Ms. Marvel a.ka. Kamala Khan.

Ms. Marvel – specifically the Kamala Khan incarnation– is one of only six revealed playable characters and will play a pivotal role within the narrative. The daughter of Pakistani immigrants to the U.S. will become the driving force in reassembling Earth’s mightiest heroes, who have been separated and outlawed for the past five years. Marvel’s Avengers has been described as Khan’s “coming-of-age” story by many, including Crystal Dynamic’s Creative Director and Writer Shaun Escayg. Escayg depicts the young Muslim as “a character every person will want to play” due to her distinctive personality as an avid superhero fan and fan-fiction writer. Khan has an unwavering faith in the heroic ideals which the Avengers embody, striving to match them herself. It is these sentiments which Crystal Dynamics believe will make her highly relatable to the player, building a strong attachment and relationship as our avatar in the game.

So why is this addition significant? For one, Kamala Khan is from a group which is generally underrepresented in the superhero media and within the gaming industry. It is common for action/adventure games to have a Caucasian lead, think Nathan Drake (Uncharted), Lara Croft (Tomb Raider), Geralt (The Witcher). In comparison, Muslim Pakistani protagonists are few and far between, even with an increase in playable characters of colour. Whilst games like Blizzard’s Overwatch have made large steps for the industry – a highly successful multiplayer game with an equally incredible and diverse roster of characters – not every title can boast the same. With these ethnic and religious group needing more representation, Kamala may be the perfect choice: Ms. Marvel was the first Muslim character to headline their own Marvel comicbook and will soon follow this up in the MCU with the announcement that a Disney+ show starring her is in the works.

However, using the teenage superhero may be a risky move on the developer’s part. So far she is the only reveled hero to have not yet appeared in an MCU film, and is such a non-mainstream and relatively unknown character. Many fans have been admittedly sceptical on whether this is the right decision, some even believing the reveal to be a missed opportunity to introduce more popular and relevant characters such as Hawkeye or Black Panther. Furthermore, whilst Ms. Marvel certainly has a dedicated fanbase, there is also a fair number of people who have distaste for the character within the comics. Some have been very open online about this, going as far as to cancel their pre-orders over concerns that the narrative will lean too far in Khan’s favour and detract from an Avengers story.

On the other hand, Crystal Dynamics have faith that this unlikely element will be a defining aspect of the game, consolidating an exciting iteration of the team, helping Crystal achieve a unique spin on a story we have seen play out on screen many a time. It is this same factor that could result in a great advance for representation. If Crystal Dynamics can deliver with this project, bringing a narrative and character who successfully transcends expectations for the game and becomes one of its greatest qualities, then it may result in a huge positive impact. Achieving this may just open possibilities for more diverse leads in the future, a result which may be exaggerated by winning over those who are currently uncomfortable with Kamala’s inclusion.

Ultimately, the impact of Kamala Khan’s protagonist status within this blockbuster game will be dictated by the success of the game’s narrative and gameplay. If Marvel’s Avengers becomes successful and popular by its own merit,  it is likely to greatly encourage both the use of more obscure characters and more diverse characters in AAA gaming. However, if the story beats fall flat and the title is poorly received by players, the focus on Ms. Marvel could receive the backlash, having taken time away from the far more popular names and safer options such as Iron Man and Captain America.

Maybe Kamala Khan will be the first protagonist in a marvellous, new era of diversity in gaming.

Everything you need to know about the ‘Marvel’s Avengers’ beta