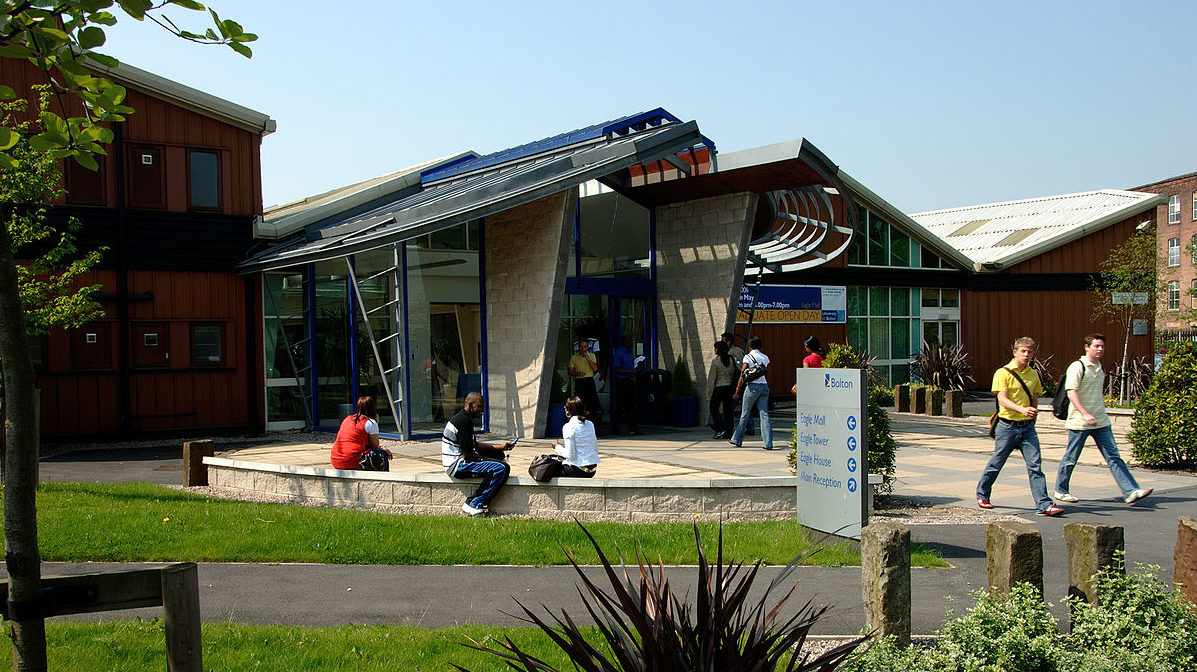 An investigation has been launched into the cause of a fire at a student accommodation block in Bolton in which flames spread “extremely quickly” to the upper floors of the building.

The fire broke out at the block known as the Cube – which houses students from the University of Bolton – on Bradshawgate in Bolton, Greater Manchester, around 8.30pm on Friday 15 November.

Over 100 residents were evacuated from the block and two people were treated for minor injuries.

More than 40 fire engines were still at the scene early on Saturday morning tackling “the last few fighting pockets of fire” in the building, a spokesperson for Greater Manchester Fire and Rescue Service (GMFRS) said.

Concern has been raised over the type of cladding on the building, with one witness describing the fire as “crawl(ing) up the cladding like it was nothing”.

Students also shared that there was confusion over whether the fire was a drill or a false alarm due to fire alarms going off almost every day in the building and, as in some flats, the fire alarms were not loud enough.

Authorities have asked anyone who was living at or visiting the Cube to register at the nearby Orlando Village student hall of residence.

Lost everything in the #boltonfire lucky that we got out after false alarms constantly for weeks I heard screaming and decided to check it out had to scream at my flat mates it was a real fire if anyone tries to tell me that no-one is at fault and it was safe they're wrong. pic.twitter.com/lNMn991ZTH

GMFRS assistant chief fire officer Dave Keelan said that the fire “spread extremely quickly throughout those upper floors of the building” and that it was evident from footage on social media that the fire developed “exponentially”.

“We need to review this, we need to do the fire investigation with other agencies and we need to look at what we need to do in the future and how we can learn,” he told The Guardian.

He confirmed that an investigation into the fire was under way.

The leader of the Fire Brigades Union (FBU), Matt Wrack, said: “This is not how any building should react to a fire in the 21st century, let alone a building in which people live.

“We need to end the deregulation agenda and the disastrous cuts to our fire and rescue service. It’s time for a complete overhaul of UK fire safety before it’s too late.”

He called for a “complete overhaul” of fire safety standards in the UK and said the fire was “a shocking indictment of the government’s shameful inaction after Grenfell”, describing the way in which the fire appeared to travel as “deeply troubling”.

Very disturbing images #boltonfire. Heroic firefighters and paramedics should be praised. Those left homeless must be rehoused immediately.

If reports that cladding contributed to the blaze are true, it is a shameful indictment of inaction after Grenfell.pic.twitter.com/ZCVxE1G9B6

Lauren Cobb, a student at the University of Bolton told The Guardian: “I heard the alarm go off, however it goes off pretty much every day and everyone kind of got used to it.

“I assumed it would stop soon and it didn’t. My flatmate was the one who actually started to bang on my door and told me this fire was real.”

Elise Millward, also a student at the University, said she initially dismissed the alarm due to it normally going off multiple times a day.

“We have all lost so much. I have accepted that I am not getting anything out of the building, we have been told that the whole thing is unsafe and will have to be knocked down”, she said.

Grenfell United, the group of survivors and bereaved that formed after the Grenfell Tower fire in 2017 in which 72 people died, called for a declaration of national emergency over a lack of action.

🚨Thanks to the incredible work of our crews at #BoltonFire, there are 4 fire engines and 2 aerial platforms on the scene and this is expected to reduce overnight🚨

👏Everyone registered to the building has been accounted for👏

“It brings back memories of Grenfell and we can’t believe that over two and a half years later this is happening. Our hearts go out to all the students affected.

“Hundreds of people go to bed scared every night in buildings covered with dangerous materials. When will this be treated as a national emergency? This cannot go on.”

It was reported last year that 54 student residential towers still had material similar to that at Grenfell Tower.

Mayor of Greater Manchester, Andy Burnham, said at a press conference outside of the building that the form of cladding on the accommodation block was concerning and raised “issues that will have to addressed”. He confirmed though that it did not have the same cladding that was on Grenfell Tower.

Prime Minister Boris Johnson visited the scene the afternoon after the fire and met students who had been evacuated.

Professor George E Holmes, President and Vice-Chancellor of the University of Bolton, said that students have been provided with temporary accommodation in nearby halls and hotels, as well as necessities and food.

Food is being served now in the loft ! Please feel free to donate as well in the Chancellors Mall 🙏 #boltonfire @BoltonUni pic.twitter.com/0YzS9rz3pc

He said: “Supporting the welfare of our students is our number one priority and we have moved swiftly to assist in any way we can. University colleagues have worked through the night to make sure support is in place for students over the weekend.

“I would like to stress that the Cube is not owned by the University of Bolton. It is owned and managed by a private landlord and the students were not on our premises during this incident.”

Following the fire, Education Secretary Gavin Williamson stated that he had written to all university vice-chancellors asking that they and their commercial partners “review fire safety procedures and safeguards across residential, teaching & research accommodation”.

Eva Crossan Jory, Vice-President of Welfare at the National Union of Students said: “NUS has been calling for a number of improvements in fire-safety measures in student accommodation, and while this

building doesn’t appear to have used the same cladding as Grenfell, we also don’t know what role it might have played in this fire.

“It shouldn’t take another fire to put the issue of building safety back on the agenda. Student safety must always be the first priority for accommodation providers and the government.”