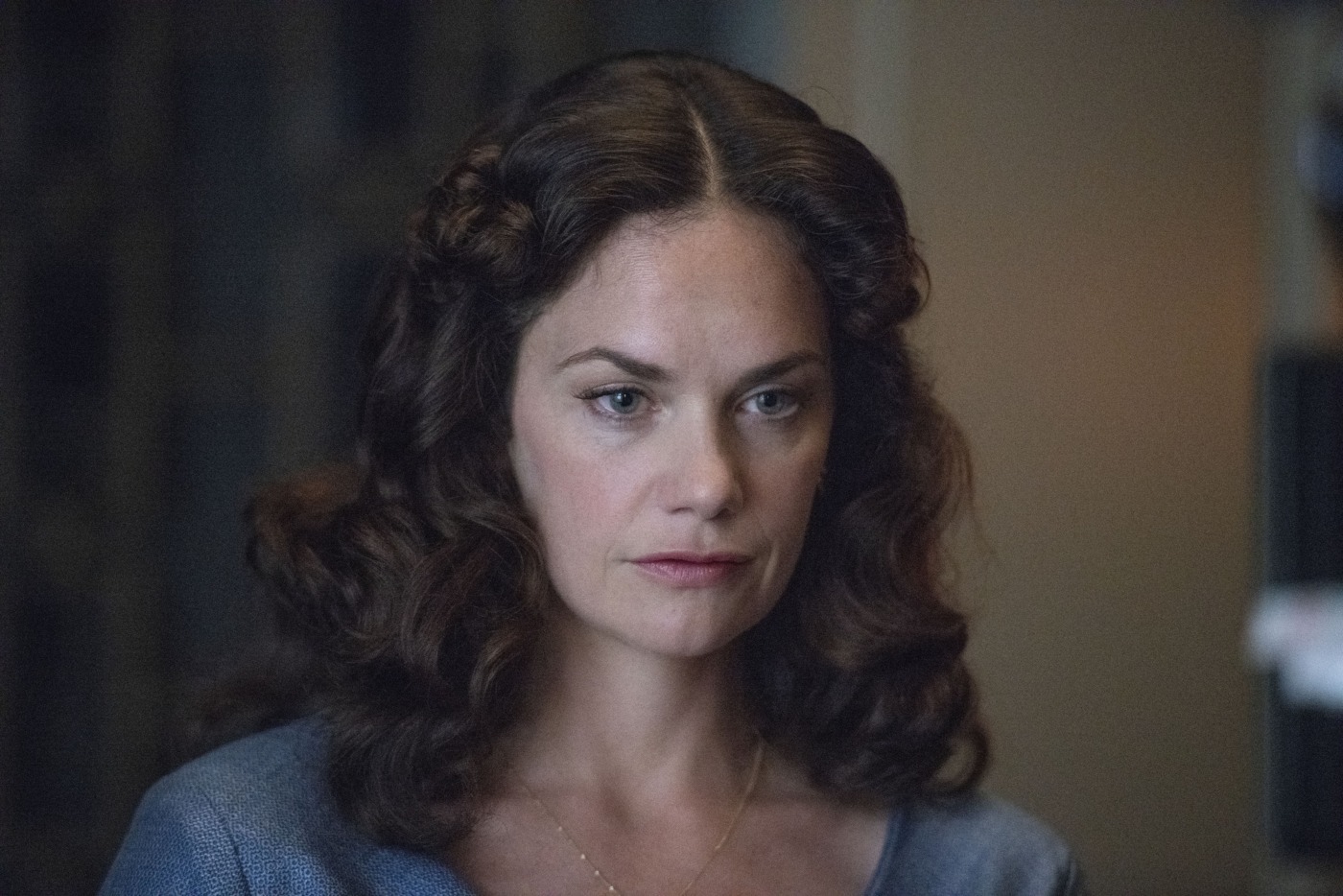 His Dark Materials: The Idea of the North review

If the first episode’s strength lay in economic groundwork, efficiently getting us to speed with all the characters, the world and setting up a variety of mysteries then the second episode, ‘The Idea of the North’ is all about creating tension and showing both book readers and taking true advantage of the show’s longer runtime.

Before going into any of that though it was remiss of me in the first review to miss out the title sequence for the show, which is gorgeous. The way it interweaves dust, landscape, character, wonder and multiverses in a cohesive gorgeous visual display, makes for a strong introduction for every episode. You feel, appropriately, as though an epic is about to begin with every episode.

Ruth Wilson in particular shines in this episode, showing her character’s internal conflict

‘The Idea of the North’ has a fair amount of material to get through and it shines in almost all of it. The relationship between Lyra and Mrs. Coulter is excellent, as the episode gives us enough time to deepen their relationship and create a palpable tension between their differing views of the world. Ruth Wilson in particular shines in this episode, showing her character’s internal conflict, her fear and her cruelty often with barely seconds between facial expressions. That isn’t to say Lyra herself isn’t also a joy to watch as she tries to uncover the secrets of the world around her, and her continuous imploring to help find Roger anchors the conflict. Coulter wants her to move on, Lyra can’t, and the longer it goes on, the quicker their situation escalates to breaking point. It’s a very well-structured episode and like at the end of the first episode there is a real shift, one which will likely lead to grave consequences for all involved.

Part of what makes the tension of this episode works comes from how well it establishes just how precious a daemon’s relationship with their human is, how the pain between them can be so visceral. One particular sequence is masterful at this, as both the CG Pan and Lyra are both helpless and don’t overplay it. The relationship between daemons and humans is only going to get more interesting as the series develops, but it’s already a strong device the show knows how to wield.

Lyra and Mrs Coulter though aren’t alone in this episode as we get a fair amount of focus on the Gyptians looking for their children. While none of these side characters are yet to stick out, you still feel for the mother hoping her child can be found and the determination of those around her. Given the trailer aired at the end of the first episode we’ll likely get to know them better when they meet up with Lyra.

If there’s one deficiency in this episode though it lies in the villains. The Magisterium’s official building has a striking design but the scenes within feel more expository than sinister. The gobblers this time round doesn’t feel all that threatening either. They’re off-camera most of the time and therefore don’t come across as an imposing threat, or one which could be escaped with some effort. The show excels with its tension when it’s with Lyra and Coulter because it demonstrates how quickly their situation can escalate, whereas here we don’t get a sense of how dangerous the gobblers are in holding their prisoners. That being said there is one plot thread involving the Magisterium which throws a curveball that no one in the audience, book-read or otherwise likely saw coming. We see threads from The Subtle Knife already and it’s clear that the show will be doing far more with its runtime than simply expand on the events of the books.

Overall this is another strong episode for the show, beautiful in its look, effective in its tension and a master of pacing. Judging by the trailer for the next episode, the stellar quality of the show will continue, and the extended runtime will only deliver a better story as we see the fallout from all that has transpired so far.

Doctor Who: Spyfall Parts One and Two review