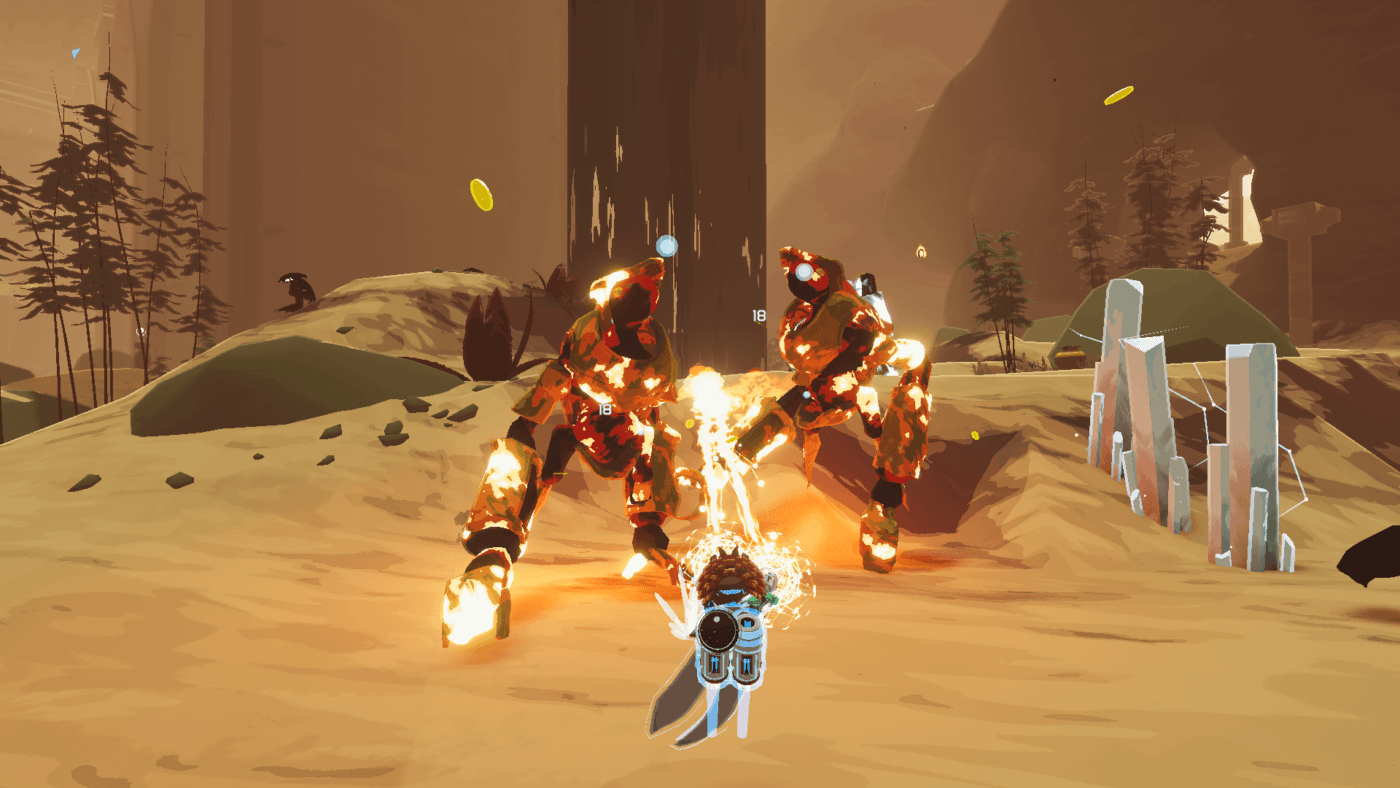 Risk of Rain 2 is an addictive, albeit simplistic, rogue-like game, with a satisfying gameplay loop. Players will either find themselves at the mercy of swathes of enemies or effortlessly breeze through levels like a god. No matter what happens, players will eventually meet something that finally forces them to reassess their strategy or die and start again.

Despite being in early access, Risk of Rain 2 should not be overlooked. I’ve never played a game that captures the feeling of being the strongest person on the screen in the same way. Gameplay comprises of a typical rogue-like formula, with players progressing through a number of levels, defeating bosses until they die and start over, all to the sound of a pulsating EDM soundtrack.

Whilst most things are lost upon death, unlocked characters, items and customisations persist between runs, adding a sense of progression to gameplay. This gives players something to work towards each time, a necessity in the typically repetitious trials of a rogue-like game. Not only does Risk of Rain 2 do this well, but its rewards feel substantial enough to make drastic changes to each run.

A perfect culmination of a bullet-filled screen littered with corpses

Where Risk of Rain 2 differs from its predecessor is that it opts for a 3D cel-shaded aesthetic over 2D graphics. This extra dimension adds a further layer of chaos to the screen, at the expense of some technical issues such as frame-rate troubles. The added visibility in seeing your character grow more overpowered is fairly reminiscent of Quake and compliments the high-paced shooter gameplay resulting in a perfect culmination of a bullet-filled screen littered with corpses.

Such things do not come without their caveats. As I mentioned, Risk of Rain 2 suffers somewhat on the technical side of things. With one second often being the difference between life and death, these bugs can halt your progress unfairly in a game already quite punishing.

e, Risk of Rain 2 is lacking compared to its predecessor in its world-building. Its lore could be found in logbooks which were perfect for reading in-between runs. The sequel instead opts to abandon an extensive storyline in favour of focusing purely on gameplay improvements.

Despite these oversights, Hoopoo, the developers of Risk of Rain 2, are giving the game frequent updates, with the latest update adding a new map and character to the roster, and more customisation options available for each of its 8 current characters. With more updates scheduled, the game appears to have a long and promising future ahead of it, one which I eagerly plan to follow as it builds upon what is already an incredible start.