Two perspectives on climate action at Warwick: reasons to be hopeful

The accelerating climate crisis has triggered an escalation of concern from universities and students alike. Accusations have been sent flying as to who is at blame for generating this climate meltdown and who should be responsible for enforcing climate action to fix it.

Within Warwick’s microcosm, students have criticised the university’s lax commitment to emissions reductions and environmentally harmful business partnerships. On the contrary, the university claims that student demands fail to align with sustainable practice. According to Warwick’s Estates department, students living on campus use 193 litres of water per person; amounting to 43 litres more than the national average. It is this intra-university conflict that masks the reality of climate action – both good and bad – in progress behind the headlines and animosity.

After all, a university is not defined by its decision-makers, staff or students as separate entities, nor are any of these groups homogeneous in thought or action. Whether it is your colleague pushing for an environmental initiative, your student newspaper creating a whole section dedicated to climate issues, or even your course-mate using their reusable coffee cup, there has been an undeniable shift in attitude and behaviour.

Discussions on climate change have become almost entirely polarised. Climate deniers work tirelessly to promote the sustainability strategies of big business, which usually amount to dressed-up versions of “business as usual”. On the opposite end, overzealous critics jump on opportunities to rip apart any and all attempts to mitigate environmental harm – unless it lives up to a faultless and unattainable standard of perfectibility. The result is widespread disillusionment, with a few feeling defiant and motivated but most subsiding into an overwhelmed state of climate paralysis.

Whilst it is important to view climate action through a critical eye, there needs to be a space to recognise climate progress at university. This is not a green-washed propaganda story here to tell you that Warwick has nothing to be concerned about because the truth is far from that. This article is credit where credit is due: I present to you three reasons to be hopeful about climate action at Warwick.

Firstly, climate advocacy groups across campus are thriving hubs of activity for students and staff who are passionate about protecting the planet. Earlier this year, it was students who successfully demanded that the university declare a climate emergency; committing to net zero carbon for both direct and indirect emissions by 2050. The momentum continues to build for this network of students, who are determined to hold the university to make meaningful policy changes.

The Global Extinction Rebellion campaign has also made itself relevant inside the Warwick bubble. Their endorsement of the campus climate strikes and non-violent direct action training is changing the way that students think about and react to climate change. These climate action groups are creating a platform, within Warwick, to speak out about climate issues.

Secondly, there has been an influx of interest from students who want more information about the looming climate crisis. Warwick students are asking: how will this affect me? And, what can I do to prevent it? The answer from student-led groups has been to organise a wide spectrum of topical talks, debates and workshops. This term, GLOBUS society organised the Warwick Climate Negotiating Forum, as a way to raise awareness of the barriers to climate diplomacy, and for students to expand their knowledge of future global challenges. Neeksha Virkram, committee member, said that the simulation proved that the future of climate change mitigation “should always contain hope”. On the 13th of November, ChemSoc hosted the ‘Our Green Future’ forum, to educate students on issues ranging from clean transport, to plastic alternatives.

Thirdly, Sustainability at Warwick is working with groups on campus to bring about key environmental initiatives which can make a real difference to the university’s climate impact. The Pay As You Feel Sale, in collaboration with RAWKUS, encouraged students to change their thinking on waste, and choose pre-loved university essentials over mass-produced paraphernalia from IKEA. The university is also sending in Cut the Flow ambassadors to monitor water and electricity usage in student halls. Both university staff and students are recognising the importance of creating an alliance for combatting climate change.

These small examples of Warwick-based climate action, reveal growing levels of student resistance. Clearly students at Warwick are not going to stand by and let those in power condemn them to a future of extreme climate vulnerability. It is now time for decision-makers at Warwick and farther afield, to take the onus of responsibility and match this grassroots commitment to climate action with impactful policy and systems change. 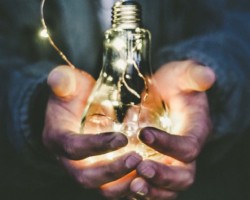