Why are European rape laws letting women down?

Whilst this article is aimed at rape cases involving women, it does not in any way ignore the existence of male rape cases nor the rise in male rape statistics.  However, the European rape cases referred to in this article are all involving female victims and thus victims are addressed by the female pronoun.

In June of this year, the Greek government put forward a law as part of a new penal code which did not class non-consensual sex as rape. Less than 24 hours later, after an outcry from female activists and human rights groups, this legislation was revised to state that non-consensual sex is rape and therefore punishable by law. Whilst this was considered as a momentous result in history for women not just in Greece but across the world, it forces one to question the rest of Europe’s attitude towards rape. This year, Greece joined the small group of European countries that consider non-consensual sex as rape alongside the UK, Belgium, Cyprus, Luxembourg, Germany, Ireland, Iceland and Sweden. Why is the majority of Europe failing to protect its victims?

In June of this year, the Greek government put forward a law as part of a new penal code which did not class non-consensual sex as rape

In 2008, an expert committee was set up by the Council of Europe with the aim to prevent and combat violence against women. Three years later, this Council opened a treaty for signature which became the first legally binding instrument in the world to create a legal framework to protect women against all forms of violence. This became known as the Istanbul Convention, considered as a ‘milestone’ and is currently signed by 46 countries and ratified by 33. This list includes Croatia, Malta and the Netherlands… but is not considering non-consensual sex as rape a way of ‘preventing, prosecuting and eliminating violence against women’? Why is there a disparity between the signing of the Istanbul convention and what the law puts into practice?

Amnesty international has revealed the staggering presence of rape cases in Europe with 1 in 20 women over the aged of 15 having been raped; that is a total of around nine million women. And how many of these cases have been dismissed or not taken seriously due to antiquated legislation? Several notorious European cases have hit the headlines over the past few years due to showing too much lenience towards the accused and giving little protection for the victim.

One of these took place in July 2016 during the San Fermin celebrations that take place annually in Navarre, Spain. ‘La Manada’, meaning wolfpack in Spanish, hit the headlines as it referred to five men involved in a violent rape attack that sent shockwaves through Spain. During the festivities, these men dragged an 18-year-old girl into the lobby of a building and gang raped her. According to BBC reports the men had unprotected sex with her whilst some of them filmed it on their phones, later to be shared in the aforementioned group chat.

Although the Spanish government was outraged by the attack, wording in Spanish law stated that rape had to involve ‘violence’ and ‘intimidation’ to be classed as so. Footage of the victim described her as ‘passive’ and ‘with her eyes closed’, evidently frozen to the core in shock of what was happening to her. However, after what could only have been a gruelling two-year process for the victim, the case was named as sexual abuse rather than rape. Her ‘immobility’ was described as ‘proof of consent’ which meant that her attackers were only given half the sentence that they so clearly deserved, just nine years. This result caused anger and outrage to fill Spanish streets, with demonstrators criticising the perception of rape in the judicial system. Plaques and posters read “If they touch one of us, they touch all of us” and “It’s not abuse, it’s rape!”, spreading to cities across the country including Madrid and Barcelona.

It took three years for the victim to see justice. The ruling was overturned, and the attackers were finally seen for what they were: rapists. On the one hand viewed as a decisive victory, it does not bare thinking about how many victims will be let down if each case takes so long for justice to be served – not to mention the toll it must have taken. The ‘La Manada’ case victim has since spoken publicly about her mental decline, describing the legal process as “long, intense and above all exhausting”, adding that “the worst thing was not the experience itself, but everything that came after”. The mark of the ‘La Manada’ case will stay with feminists not only in Spain but across Europe as they fight for better legal protection.

Whilst central European countries such as Spain are often deemed as being miles behind Scandinavia in terms of gender equality, Sweden in particular continues to battle with its rising violence against women. Amnesty International revealed in August that Sweden has the highest incidence of reported rapes and the lowest conviction rate in Europe.  One high profile Swedish case which supports Amnesty International’s findings remains important due to many campaigners believing that it helped provoke its recent law change. In 2013, three men were accused of raping a 15-year old girl with a wine bottle until she bled, as recounted by the victim herself. However, the court ruled that the men were not guilty and that ‘the girl’s refusal to open her legs might have been a sign of shyness’. The verdict also claimed that ‘people involved in sexual activities do things naturally to each other’s body […] without asking for consent’. Similarly to the Spanish ‘La Manada’ case, the shock of this acquittal was the catalyst for riots across Sweden. The law failed to define this horrific attack as rape, but instead as an ‘exceptionally bad judgement’ on the men’s behalf.

After Sweden finally revised its legislations in 2018 (five years after this case), some campaigners still make reference to this attack as being the driving force for change. However, the key question remains: how many more women must be attacked for further change to be implemented? If these women, and in the latter case, child, had not come forward, these rape laws would remain unchallenged and unchanged. How many more horrific attacks need to happen before the rest of Europe strengthens their laws?

Evidently, Europe is not setting a good example in terms of addressing the rising issue of female violence and this must change in order to live up to the promises outlined in the Istanbul convention. As present in response to both aforementioned cases, the power of female voices and protests are forcing governments to review and thus change these antiquated laws. However, there is still a long way to go. In our so-called modern society, only a quarter of European countries see non-consensual sex as rape and many cases are being left years before the accused are brought to justice. From the cases mentioned above, it seems that even with all the evidence proving the victim’s account of the events, a legal choice is made to give the accuser a lesser punishment than what should be given. This is a key reason as to why women across Europe do not report rapes, in fear of being let down by those who are supposed to protect them. It is clear that more work needs to be done to protect women in Europe and to help set a precedent for those also fighting for protection beyond the continent. 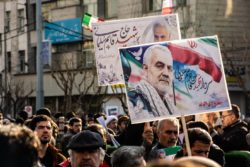 Gallery image with caption: The assasination of General Qasem Suleimani and the Continuing US-Iran Conflict 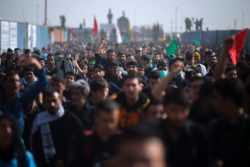 Gallery image with caption: Do Iran’s protests illustrate the unsustainability of its government’s political agenda?

Gallery image with caption: ‘I am not your Damsel in Distress’ – A Letter to my Rapist