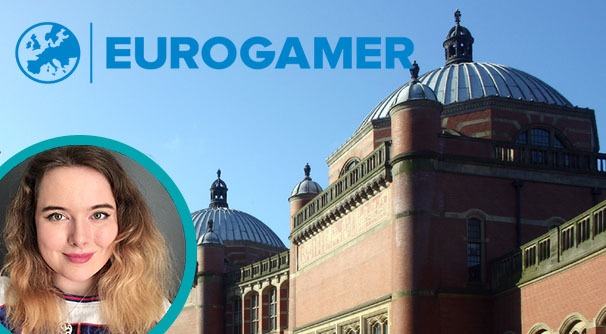 How they levelled up: Emma Kent – Eurogamer Reporter

Whilst the UK faced a boiling summer heatwave, rather than heading to the beach I found my way to Gamer Network’s Brighton offices. I was meeting up with Emma Kent, a videogame reporter, to find out how her time at the University of Birmingham and a year abroad to Australia shaped the career path she finds herself on.

Emma Kent reports for Eurogamer, a UK based video game journalism website and part of the Gamer Network group. She has been a member of their team for just over a year, joining off the back of an internship with the with which began straight after she finished university. This scenario would have been a lifelong dream come true for so many. For Emma, the dream was not that old. If she could travel in time back to fresher’s week and give her past self a glimpse at the future, by her own admission fresher Emma, “would have had no clue.”

I was completely outside of the bubble

This would all change whilst she was studying abroad in Sydney, Australia. There, Emma took a module called ‘Games and Play’ almost entirely by accident. “I wanted to take a different module, but there was a clash.” Through ‘Games and Play’, Emma found herself being sucked into the video gaming world. Upon returning to Birmingham to finish her Liberal Arts and Science degree, she became a Section Editor of Games for their Redbrick newspaper. Additionally Emma chose to write a second dissertation in order to discuss the portrayal of conflict in titles like Spec Ops: The Line and This War of Mine.

“It was kind of a twist at the end of my degree. It was always just a hobby, I didn’t read gaming news sites, I just played games. But very quickly got involved in about a year.”

Though growing up, a lack of gaming was not always her own choice. “My parents were quite strict about games, I was not even allowed to play Pokemon, which I think has had the reverse effect” – pointing to the Pikachu emblazoned top she was wearing. When I asked, her parents do not seem to mind about her current career choice, however some of her family do not always understand it. “It is sometimes tough to explain to my grandparents. One time my grandma watched me play Fortnite on a Twitch stream so that’s progress.”

I enjoy gaming with other people, I play a lot of Apex with friends

Another of Emma’s go-to stream games is Respawn’s Apex Legends, “I enjoy gaming with other people, I play a lot of Apex with friends.” The social aspect of gaming is another carry-over from her uni experience,  “I would host Jack Box and Mario Kart parties and at Halloween, we’d have people come round and play scary games.”

Ironically, having the time for gaming is not something Emma always has. This and the ability to “get up at 10:00 and lazily make your way downstairs to work in your pyjamas” are the biggest aspects of university life she misses. Though the ‘9-to-5’ work schedule does not include a dreaded deadline season nor does it carry the same pressure and feeling of competition that university study can.

Emma also loves the variety and opportunities her job provides. “Sometimes you’ll have a really busy news week so you’re constantly on newsdesk doing very simple stories and sometimes you’ve got a bit more breathing space to go and look at community stories.”

“In the morning I’ll be writing about Fortnite, in the afternoon I’ll be writing about whether loot boxes should be regulated.”  Having honed a sixth sense when it comes to diving into Reddit and Twitter, Emma Kent can expertly find both bizarre and heartwarming video game tales. “I did a community story recently about a modder whose dog had passed away last year and he’d created this full mod to remember his pet.”

“His reaction and appreciation for being noticed and having his mod shared on the site, it’s so lovely to be able to do that.”

Diving head-first into the internet can mean she finds herself on the receiving end of nasty tweets, particularly when she started as an intern. Whilst it can still bring her down a bit, Emma feels that “If people are getting worked up about [my writing], and it is something I believe in, it shows that it was worth writing about in the first place. It is not going to stop me.”

When asked what excited her most about gaming right now it was not streaming or next-gen hardware, it was indie games and the narratives and themes they are willing to tackle. “I tried a game last week at Gamescom called Spirit Pharaoh which is about death and grieving, I wasn’t really expecting it from a game that was very colourful on the surface.” It is not only the narratives and themes themselves, but the points of view they are tackled from, “You’re getting different perspectives now as well, from more women and more people of different ethnicities.”

There are always discussions about how we encourage more diversity

With gaming sometimes seen as a stereotypically male pastime, I asked how Emma finds being a woman, being a ‘different perspective’ herself, in the industry. Despite the challenges that are still being faced, she had an optimistic view for the future, “Because it’s been traditionally male-dominated I think women appreciate each other a lot. They are always ready to talk and help out if you have questions.”

“The first Gamescom I did, I was very aware going into a big, group interview that I was the only woman there. There were a lot of loud, bearded white dudes in flannel, but I just pushed my way to the front. The good thing is that the games industry does talk about this though, there are always discussions about how we encourage more diversity.”

We ended our conversation with Emma’s advice to any aspiring video game reporters, “Write a lot.”

“Write in different styles, do reviews or features or news and go looking for stories. You don’t have to be in the industry with contacts to find someone working on an interesting mod or doing something great in a [game] community.”

You can find Emma Kent on Twitter (@GoneEFK) or head to eurogamer.net to see more of her work. 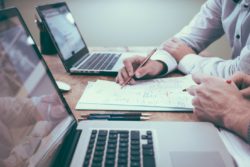