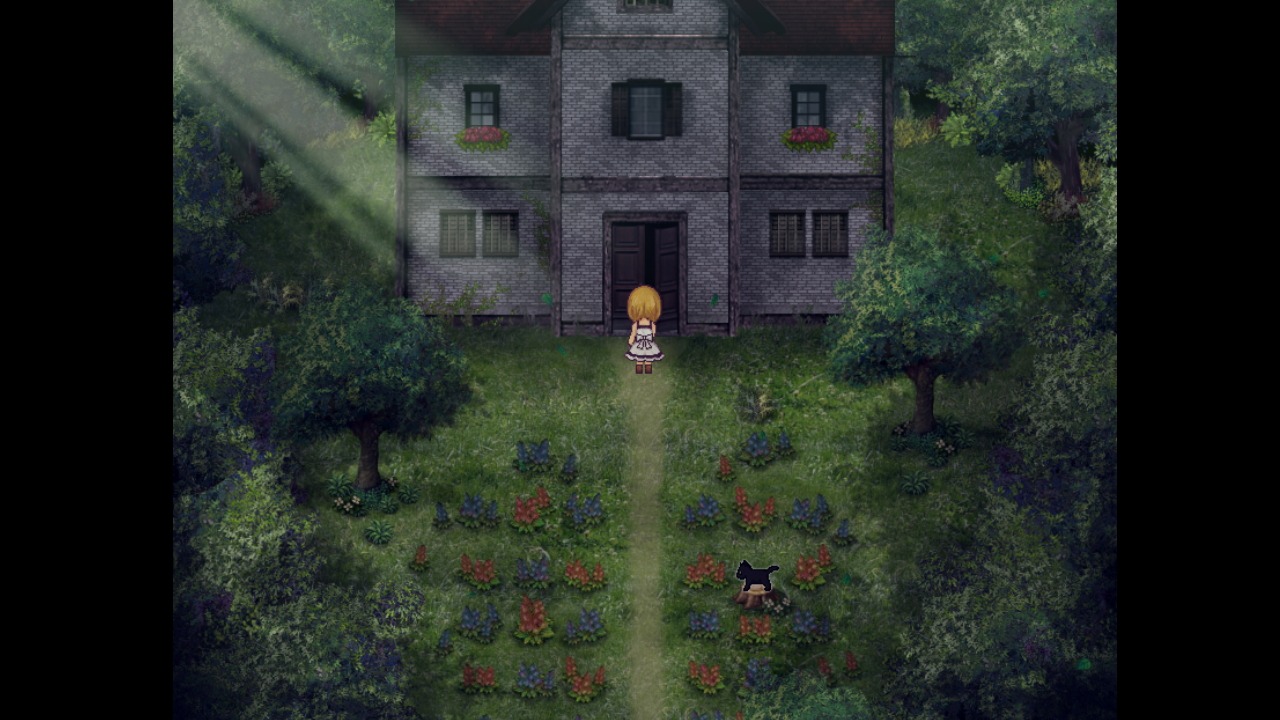 The Witch’s House is adorable. It is also terrifying, capturing a perpetual sense of unease. The game keeps you on the edge — of both your seat and your willingness to keep on— but it does well to not quite push you off it.

Developed using RPG Maker, The Witch’s House follows a trend of utilising the program’s old-school JRPG aesthetic as a means of creating horror. Given RPG Maker’s limitations, games in this genre often have to get creative with the manner in which suspense is created. They place a greater primacy on dialogue, story and music to build an atmosphere. This is, in part, why The Witch’s House is so brilliant.

The gameplay is simple, composed of exploring throughout the titular house and interacting with objects to solve puzzles. The horror elements are spliced in between all this and is integrated amazingly. Without spoiling too much, the game’s usage of visual storytelling and puzzle elements create a situation in which scares are inevitable, they become a fundamental part of progressing forward. The Witch’s House turns its simplistic engine into its greatest strength, hinging less on the climax of the horror, and more on how it can be foreshadowed and anticipated by the player. There is no big bad constantly stalking you, like Mr X in Resident Evil. Rather, there is the persistent dread of knowing solely your actions are what will dive you deeper into the rabbit-hole.

And ‘rabbit-hole’ is the perfect way to describe it. The Witch’s House is a wonderland of weird and quirky; the house you explore is like a thrust into madness, with each new room bringing a deceptively charming spin to its respective puzzle. This charm is in part why the game remains a gold standard for RPG Maker horror. In a genre where it is especially easy for everything to blend into one, The Witch’s House manages to create something unique with its limited toolset.

The game is, however, short. In some capacity, this adds rather than detracts from the overall experience, as The Witch’s House knows when its formula is becoming overplayed. However, at a price tag of £11.39, some players could be left feeling unfulfilled or finding the experience lacklustre when it is over. This being said, the game also does have multiple endings and  thus a degree of replayability, although their existence is not immediately obvious so this feature could be missed.

The Witch’s House is a niche buy, that is for certain. Those not initiated to the unique style of gameplay RPG Maker horrors have to offer could soon find themselves hooked on an entire library of new games to explore, and, whilst some of these might be good and perhaps even excellent, few hold a candle to this one. Just remember to wear headphones.