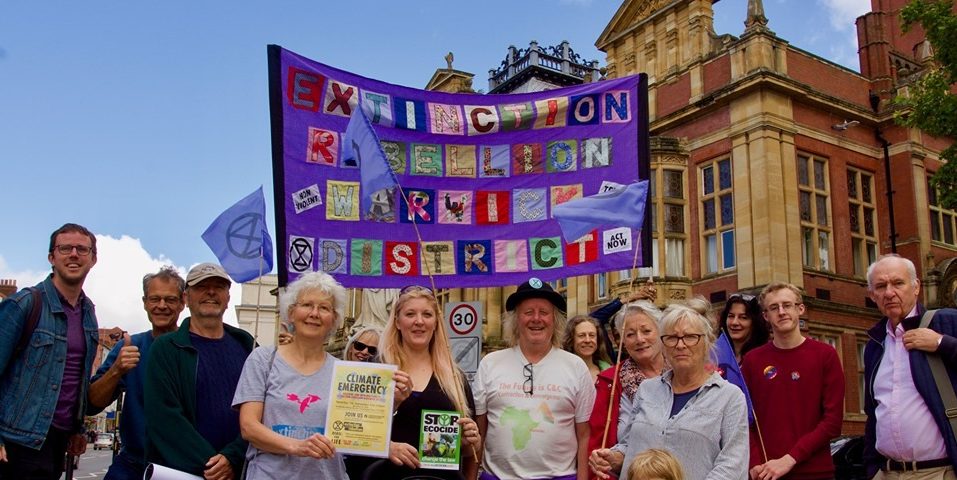 The branch, which as of Thursday 5 September has gained over 190 likes on Facebook, covers the Warwick District area, and will host its first meeting in Leamington Spa’s own Brunswick Hub this week, on Saturday 7 September at 2.30-4.30pm.

The greater Extinction Rebellion movement is well known for its protests in London in May this year, involving Ten days of marches, arrests and “widespread disruption”.

The groups protest against climate breakdown, biodiversity loss, and the risk of social and ecological collapse and urge people to “tell the truth, act now, non-violently, beyond politics.”

Core demands of the group also include that the Government reduces emissions to zero by 2025 and that decisions on climate justice are led by a Citizens Assembly.

Warwick District’s branch was formed over three months ago. The organised departments of the branch include varying working groups focusing on issues such as talks and training, media, and outreach. They are seeking to recruit people with the “enthusiasm, knowledge and skills” to help them “organise environmental actions.”

Group member Sam Black argued that worrying about the environment alone can be lonely, so the group provides unity and solidarity in the face of the concerning climate crisis. “We have to act now for our children” she pleaded.

The breakdown of the climate has begun already and “we’re nearly out of time” the group argues. They urge people to take two weeks off of work and bring family and friends to London for the once in a lifetime chance to act against the environmental crisis.

Their purpose is to use mass civil disobedience to force the UK government to take “the real emergency action needed to tackle the crisis.” Extinction Rebellion UK alludes to the importance of the local and regional groups springing up all over the UK.

Warwick District’s branch is actively recruiting in the local area, particularly among Warwick students who have the skills and passion to contribute to their cause.