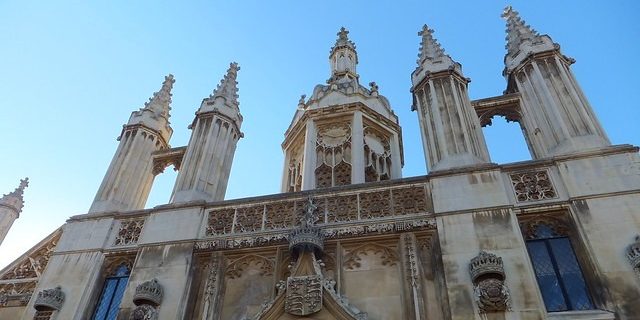 The universities of Oxford and Cambridge have been criticised for “penalising” privately educated pupils in their application processes.

The two institutions are said to accept students of state education over those who were privately educated to fulfil an “unofficial quota”.

According to Andrew Halls, headteacher of King’s College School in Wimbledon, the universities introduced an “unofficial cap of 30% on private-school pupils” admitted this summer.

Mr Halls said that the unofficial quota system could fall to 7%, which is also the proportion of children educated in the private sector.

Over the past three years, the proportion of students of state education admitted to Oxford has been rising and reached 60.5% of all admissions in 2018.

That is the highest figure since Oxford began recording detailed admissions statistics, and similar statistics are seen at Cambridge.

The news comes after the House of Commons published a report in July on admissions statistics, pressuring the two universities to admit more students who are black or attended state school into their undergraduate courses.

If you care about remaining one of the most scholarly institutions in the world, to be uncomfortable about taking pupils from our most selective private schools, is counter-productive

Mr Halls stated: “I heard from two different sources that there were effectively quotas at Cambridge now. I would be very sorry if entry to the most scholarly institutions in the world was based on politically driven quotas.

“If you care about remaining one of the most scholarly institutions in the world, to be uncomfortable about taking pupils from our most selective private schools, is counter-productive.”

Halls went on to say that the two universities should not turn down “brilliant youngsters simply because they come from top private schools”.

Grace Davis, an Oxford student who attended a state secondary school commented: “Gifted students simply aren’t getting the same opportunities to apply to the most prestigious universities. It is infuriating.

“Talented people are running up against needless obstacles at under-resourced schools instead of having their path to higher education made as smooth as possible.”

The University of Oxford has rejected any suggestion that it had a quota system in place.

Within the application process, both universities use contextual data based on an applicant’s background. For the first time, 67 students from disadvantaged backgrounds who marginally missed out on an offer in January have been accepted to Cambridge during UCAS Adjustment.