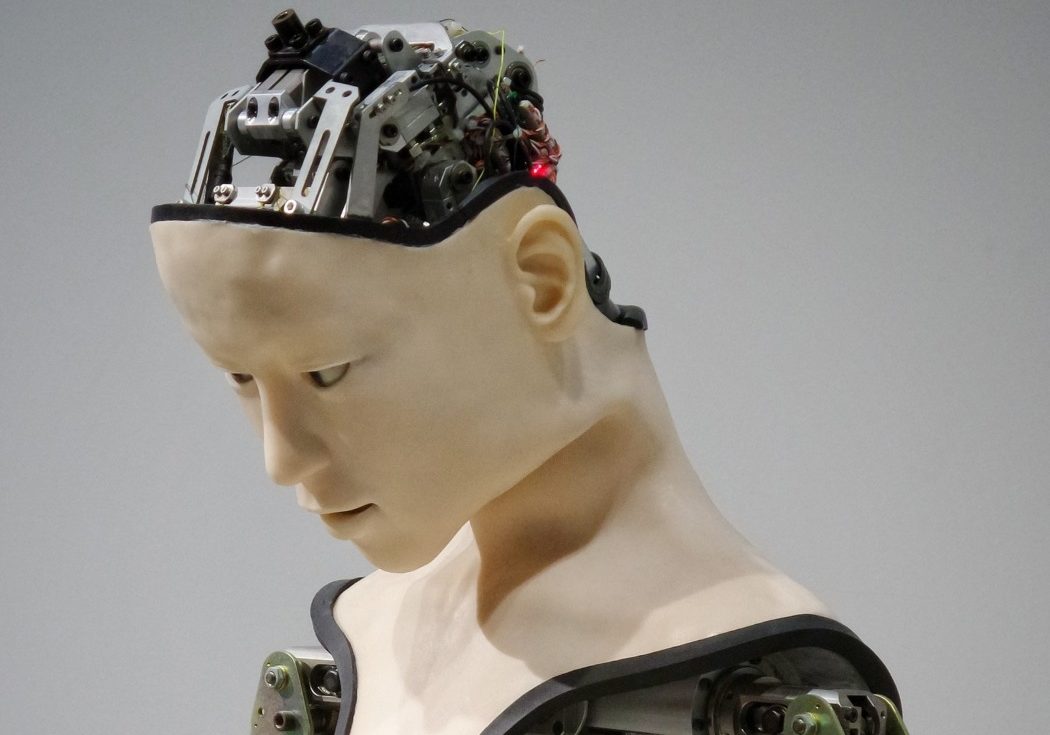 Human – AI symbiosis: Marketing ploy or the future of humanity?

In July, South African businessman Elon Musk announced his application to the American Food and Drug Association (FDA) for permission to commence human testing on a revolutionary new brain implant, the NeuraLink. The implant, Musk hopes, will create a “symbiosis with artificial intelligence,” by enabling a human user to control electronic devices with their mind.

This would provide the potential for those with mobility-restricting conditions, such as paralysis, to use their mobile phones or computers without the assistance of a carer. In the long-term, as the technology is developed into something more accessible to mass market, many are now questioning the ethical implications of combining human and machine.

The implant will create a “symbiosis with artificial intelligence”, enabling a human user to control electronic devices with their mind

Firstly, what is NeuraLink, and how does it work? The device consists of two main parts: a surgically inserted chip, and a dongle called a “link”, which is placed behind the ear. The chip itself is smaller than your fingertip, covering an area of just 20mm. Attached to the chip are a series of tiny threads, each containing an array of microscopic electrodes that can measure spikes in neurological activity. These threads are then systematically punched through the skull using a high-tech piece of surgical equipment, ensuring that blood vessels and neurons in the brain are avoided. Threads need to be placed within 60 microns of the synapses between neurons to receive electrical transmissions; about the same size as the cross-section of a human hair. Spikes in neural activity, caused by both internal and external stimuli, are received by the electrodes and processed by the microchip, which is implanted in the skull in place of bone, and glued shut.

It’s worth remembering that this process is completely painless, and substantially less invasive than similar medical procedures. With everything in place, the microchip is connected wirelessly to the visible part of the tech: the link. The link is rechargeable, looks like a hearing aid, and can be connected to a mobile device via Bluetooth. From here, the recipient can control their device’s keyboard and screen without touch or voice input. Nifty.

Though this may seem like something out of a Black Mirror episode, it’s worth remembering that we’re a fair way off seeing these implantations becoming commonplace. As Musk explained, “it’s not as if Neuralink will suddenly have this incredible neural lace and take over people’s brains. It will take a long time.” Musk hopes to have commenced the first human trial by the end of 2020, implanting the latest version of the tech on a severely injured quadriplegic volunteer. Even then, the technology will need to be observed to discover how the human body and its immune system will react to the threads. It’s extremely likely that the tech will go through several iterations before it goes to market, meaning we’re decades away from seeing common usage in patients.

This process is completely painless, and substantially less invasive than similar medical procedures.

As the tech improves, however, the demand will skyrocket. The abilities of Neuralink could eventually expand beyond simple tapping and typing; inducing electrical currents through the implanted threads – rather than using them as receptors – could stimulate areas of the brain where nerves have been damaged or destroyed. This would have large-scale medical implications: blindness, hearing loss, dementia, paralysis and a whole host of other problems could be solved by stimulation processes, should the technology expand beyond covering the motor cortex. But this is also a long way off. The brain is an incredibly complex organ that we ultimately know very little about, meaning interfering with its structure beyond the motor cortex is presently unfeasible. As materials scientist Polina Anikeeva has explained, “our understanding of brain circuits and ability to interpret neural signals is rather rudimentary, and any technology developed right now would better serve basic neuroscience before we can think about applying it in a medical context.” Neuralink will be useful for neuroscientific research that could help the expansion of the technology, but this is something that will also take time.

The major potential in human-AI symbiosis, should our understanding of neuroscience continue to develop, lies in the development of superhuman intelligence. The partial digitisation of memory processes would rapidly improve general quality of life; instead of using a Satnav when walking around a city, we could download the directions and just know the way to get from A to B. Equally, if parts of the cerebellum become infused with AI, we could negate the learning processes for complex activities like playing the piano or doing martial arts, kind of like in The Matrix. This all sounds objectively brilliant, but it unfortunately carries some heavy financial, social and ethical problems.

The tech could stimulate areas of the brain where nerves have been damaged or destroyed. This would have large-scale medical implications: blindness, hearing loss, dementia, paralysis and a whole host of other problems could be solved by stimulation processes

Firstly, costs: Musk claims that while most people will need a loan, any costs will be a drop in the water compared to the device’s potential: “I think it’s safe to say you could repay the loan with superhuman intelligence.” However, some people have expressed their concerns over the high costs. British writer Tim Maughan took to social media to express his concerns over this attitude, sarcastically tweeting, “love a utopian post singularity world where you have to take out a loan for surgery that if you don’t get makes you a second class citizen, such a visionary”. Maughan makes a good point, but it’s worth remembering that Musk is operating purely on hypotheticals – and extreme hypotheticals at that.

Though Musk’s insinuation of Neuralink as an impending means of intellectual enhancement is most likely a marketing ploy, it could theoretically enable greater human working efficiency. As the tech develops, alongside Neuralink’s potential to allow the process of manually typing or clicking to be bypassed completely, we could see a greater working efficiency from those whose jobs rely on these functions. This would be a concern if the technology was implemented today, but it’s hard to predict what the socio-economic landscape will look like in a few decade’s time. If initiatives like Universal Basic Income become globally standardised, with human workers continuing to be replaced by AI equivalents, the technology may be more financially accessible to the average person, while governments may look to subsidise the procedure for those in a lower income bracket.

It’s hard to predict what the socio-economic landscape will look like in a few decade’s time. If initiatives like Universal Basic Income become globally standardised, with human workers continuing to be replaced by AI equivalents, the technology may be more financially accessible to the average person

Should the technology capabilities expand beyond medical purposes, some scientists have spread concern about a human-AI merger on a philosophical level. Cognitive Psychologist Susan Schneider expressed her worries about the technology’s implications beyond a scientific level. “The worry with a general merger with AI, in the more radical sense that Musk envisions, is the human brain is diminished or destroyed.“The self may depend on the brain and if the self’s survival over time requires that there be some sort of continuity in our lives — a continuity of memory and personality traits — radical changes may break the needed continuity.”

A symbiosis with AI would cause us our learning processes to be altered irreversibly – perhaps to the point of greater efficiency, but to the detriment of individuality. Placing a limit on the coverage the technology has of our minds would do little to prevent this.
“The issue is also philosophical: What is the nature of the self or mind? If the mind is just the brain, a full merger with AI wouldn’t work. I suspect those advocating a mind-machine merger think the self is a program”, Schneider continues.

Introducing external technology to the mind would undoubtedly interfere with how we perceive ourselves and the world around us, creating a conflict between technological efficiency and spiritual connection. The entire point of AI, and the reason for its creation, is to enable greater efficiency, which would naturally come at the expense of individuality.

Universal human-AI symbiosis sounds like the next step in creating what is objectively a perfectly efficient society. But such a society would be uniformly tedious and unquirky, the dystopia envisioned by Syndrome from The Incredibles: if everybody’s special, nobody is.

While there are doubtless revolutionary medical implications for this type of technology, and countless advantages for its development, it’s ethically vital that it is safeguarded against becoming commonplace. A wide-scale implementation of human-AI symbiosis would be little better than a surrender to artificial intelligence, at the cost of our individuality; the human component needs always come first. No matter how much of an inevitability the supremacy of AI may be – at least according to Elon – it’s not something we should be keen to roll over for.