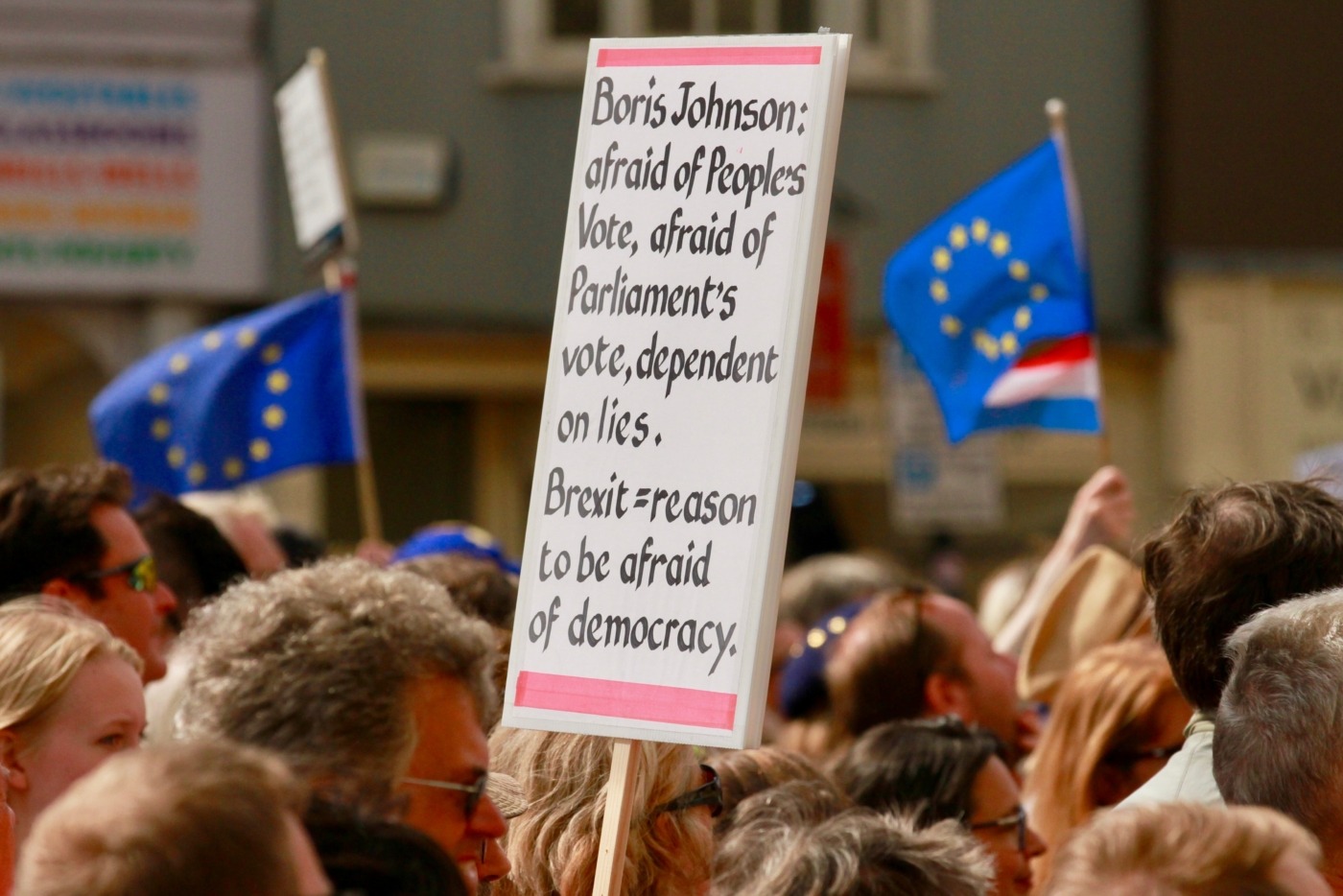 After losing their opening four games of the Premier League season comprehensively, Crystal Palace dismissed Frank de Boer without a moment’s hesitation in 2017. Boris Johnson has endured a similarly dismal return upon his arrival in Downing Street, perhaps he too should head for the Palace?

Politics, like football, is undeniably a results-driven business, and the Prime Minister simply isn’t delivering. Three days into the autumn session of parliament, the PM has been accused of stoking the flames of racism, watched a Conservative MP cross the floor while perched at the dispatch box, and lost his brother courtesy of the most untimely of resignations.

Already, it is unquestionably clear that Boris Johnson is a Prime Minister in office, but a million miles away from power.

I’ve not even mentioned Brexit yet, have I?

On Tuesday evening, the so-called ‘Rebel Alliance’ stole parliamentary control from the oily grasp of Dominic Cummings. Slouched across the front bench like a fresher in a professional skills lecture, Jacob Rees-Mogg – now himself in high office – could only watch and gesticulate in horror as 21 of his Conservative colleagues handed control of the order paper to the gang of Remainers sat opposite him. Of course, the fabled 21 have since been unceremoniously shunted from the parliamentary party.

On Wednesday, a bill designed to prevent the United Kingdom from “crashing out” of the European Union on Halloween passed without hitch. With his hands tied, mouth aghast and government in ruins, Johnson sought a snap-election via the Fixed Term Parliament Act. Request denied. Three votes, three uninspiring defeats for Prime Minster Johnson.

The Conservative Party – a broad-church even during the days of Margret Thatcher – has been stripped bare by a prime minister who has spent his entire life dreaming of the day his name would be added to the honours board at Eton. Such is the state of entailment rippling throughout the highest level of our government.

So, Ken Clarke is gone. Dominic Grieve is no more. Sir Nicholas Soames – the grandson of Winston Churchill – is out. Philip Hammond too. And Rory Stewart. Sam Gyimah also fell fail of the purge.

For a “conservative” politician, Boris Johnson seems to take a liberal approach to sacking his MPs.

The PM has just expelled 21 of his colleagues for rebelling against the behest of his government. Jacob Rees-Mogg has rebelled against the Tory whip almost 100 times in his nine years as an MP. He was rewarded by being appointed Leader of the House. David Gauke rebelled for the first time in fourteen years on Tuesday. He was immediately dismissed.

The great irony in the fire that has engulfed the British government is that it is entirely of the government’s own making. It is Number Ten’s ineptitude that has caused irreparable damage to the nation’s constitutional norms. Let me explain.

Boris Johnson arrived in Downing Street amid a blaze of Brexiter optimism. The former, liberally-minded Mayor of London won the Tory leadership election on a simple ticket. He would solve the Brexit crisis by becoming the embodiment of the Brexit argument. By adopting a “do or die”, “come what may” approach to leaving the EU on October 31st, Boris Johnson set the country on course for a “No Deal” Brexit.

Why? Because it is the only way that he, and thus the Conservative Party, can avoid political extinction. Brexit doesn’t make sense anymore; it never did. Vote Leave – the campaign headed by Johnson and Gove – was so bereft of detail for that very reason. The PM can order Brussels to remove the dastardly backstop all he likes, but the reality won’t change. Number Ten can’t replace the backstop because they have nothing to replace it with. Coincidently, only one “type” of Brexit remains on the table.

Westminster is an almighty mess; the government is in ruins – unable even to call an election

No Deal. No Detail. Boris Johnson and his merry team of advisors (some may even call them unelected bureaucrats?) must take Britain over the cliff’s edge because the PM daren’t fill in the details. Why won’t the Johnson propose a solution to the backstop? Because he can’t, and he never anticipated that he would have to.

So, here we are. Westminster is an almighty mess and the government is in ruins – unable even to call an election. Boris Johnson entered office with a working majority of sorts; he now leads a minority government that is shrinking day-by-day. The government has done nothing to placate the interests of parliament, and it will pay.

Boris Johnson is now a Prime Minister under duress, held hostage by a parliament strengthened by a fiercely determined, sympathetic Speaker in John Bercow. Boris Johnson has spent months saying that he doesn’t want an election. This week, Johnson told the country that he would “rather be dead in a ditch” than extend Article 50. As the old fable goes, a week is a long time in politics. It already seems that the Prime Minister now needs an election, and will be manhandled into extending Article 50, it’s been a long week.

Ken Clarke is on the loose. Theresa May is probably quietly rolling around Maidenhead in a state of delirium. Her Majesty’s Opposition is finally singing from the same hymn sheet.

The Opposition must work together. Let Boris Johnson stew in his own juice, and soon he will join de Boer on the scrapheap. The sharks are circling beneath the bruised and battered toes of Prime Minister Alexander Boris de Pfeffel Johnson. Register to vote, winter is coming.