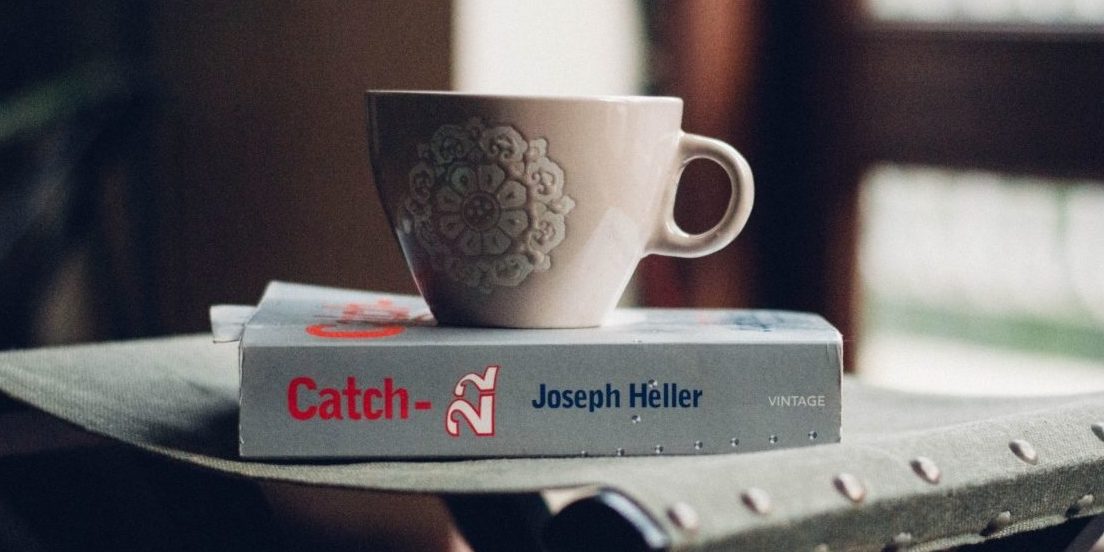 The translation of Catch-22 from novel to our screens

It is apt that Hulu’s six-part adaptation of Catch-22 gives its central character, Captain John Yossarian, the affectionate nickname Yo-Yo. It makes clear the fragile distinction between life and death, survival and expiry that animates a novel preoccupied with the thin boundary between human kindness and human cruelty.

The problems of adaptation are multiform, whether due to the shifting non-chronological plot, or the multitude of characters and set pieces that populate the narrative. A perfect translation of such an intricate work may be impossible, but a fidelity to the atmosphere of chaos and compassion that suffuses the novel is vital for any adaptation.

The formlessness and circularity of the plot and its obsessive focus on re-telling the same events from different perspectives provides not only the absurd bedrock of the work, but also forms the humane core of the novel

Perhaps translation is the best word for describing the process of transferring Catch-22 to the screen. In a sense, Heller’s novel, with its inexhaustible chattiness and interminable procession of comic characters, is fundamentally unadaptable. The formlessness and circularity of the plot and its obsessive focus on re-telling the same events from different perspectives provides not only the absurd bedrock of the work, but also forms the humane core of the novel.

Jokes set up in earlier chapters are given punchlines by different characters later, providing the impression of a novel that brims with character, with bodies that replace each other in quick succession. Orr is compared in size to Huple, who is roommates with Hungry Joe, who we find living in constant fear of being suffocated in his sleep by Huple’s cat. The novel teems with humanity, each character’s actions can only be understood by reference to those that came before, which gives each death an added poignancy. “They’ve got all my pals”, Yossarian cries at the novel’s end, and as he begins his long list of the dead, the sheer extent of his loss comes into full focus. We feel an extraordinary compassion for a man cut adrift by war, who has lost every friend he has to its senseless brutality.

They represent an ideology that exhibits a mechanised, uncaring attitude towards human life, one that is clearly farcical and reprehensible yet all the same often allowed to progress unchecked

Something then, has been irretrievably lost by Hulu’s decision to streamline Catch-22 into six episodes. While simplifying the plot makes it easier to digest for the general viewer, it removes the tangible sense of humanity that the numerous side characters and plot digressions provide. A balance must be struck between making the adaptation accessible and remaining faithful to the aspects of the novel that provide it with its enduring relevance.

For the Catch-22 adaptation to succeed it must replicate the absurd bureaucracy that permeates the work. The antagonists of the novel, even more so than the nominal German enemy, are the military officials who exercise an arbitrary power over Yossarian’s life and well-being. These include Colonel Cathcart, who volunteers his squad for every dangerous command in the hope of getting a feature story in the Saturday Evening Post. Another, Lieutenant Scheisskopf, plots to screw swivels into the back of young cadets to achieve the perfect ninety degree turns in the parade ground.

Heller holds these officers in contempt. They represent an ideology that exhibits a mechanised, uncaring attitude towards human life, one that is clearly farcical and reprehensible yet all the same often allowed to progress unchecked. Lieutenant Scheisskopf’s obsession with dress parades eventually gets him promoted to general, and Milo Minderbender, the mess officer, manages to elevate himself to positions such as the Caliph of Baghdad and the Imam of Damascus.

Heller uses comedy to reveal a world of flagrant cruelty and apathy towards humanity, which the adaptation must imitate in order to bring the book to life

The Minderbender passages illuminate the central hypocrisy within the novel, the tendency for officials to put a patriotic spin on ideas and designs that often hide a voracious greed and ambition. Milo rapidly expands his area of commerce, managing to corner the entire Egyptian cotton market. Yet when he can’t shift his produce, he resorts to feeding his own army with cotton dipped in chocolate and bribes the American government to take it off his hands. His mantra “What’s good for the syndicate is good for the country” is taken to its logical conclusion when his own private army is hired by the Germans to bomb an American airfield. Yet Minderbender suffers no repercussions, disclosing his profit to the American government absolving him of any crime.

It is in passages like these, where Heller uses comedy to reveal a world of flagrant cruelty and apathy towards humanity, which the adaptation must imitate in order to bring the book to life. It is never farce for farce’s sake in Catch-22. We laugh uneasily at Heller’s novel because the comical is only a prelude to the grotesque horror that follows it.