An interview with Warwick alumnus and author Samuel Dodson

Following the completion of his undergraduate degree in English Literature and Creative Writing and going on to achieve his MA in the Warwick Writing Programme, the latest endeavour of Samuel Dodson is a project suggesting that the basis of philosophy as we know it was actually stolen from the minds of our much-loved furry friends.

Dodson revealed that the inspiration for Philosophers’ Dogs struck on a “glorious day” in the heatwave of 2018 when his thoughts about the very visible effects of climate change evident in the random surge in temperature were interrupted by the sight of a dog staring “intensely” at a tree. His own love for dogs and his “fascination with philosophy” combined with this moment to create the beginnings of the project.

Upon this instance of inspiration, Samuel phoned his sister with the question “to tree or not to tree?” and, in the words of the author, “it snowballed from there”. Rosie Benson’s “beautiful illustrations” bring to life the philosophical musings of the dogs in a visual capacity, and within “a couple of hours” a manuscript was formed. Attempting to stray away from the often “elitist” nature of philosophy, the project is a “hopefully humorous” illustrated book attributing “genuine (philosophical) teachings” to the deceptively simple lives of dogs.

With the rise of “big-name authors”, smaller authors are often overlooked in favour of those whose name alone is enough to market the books

Philosophers’ Dogs is currently in the process of being crowdfunded into publication with support from independent publisher Unbound. Sam suggested that a major problem faced when trying to get a new project seen by the public is that it is “difficult for smaller publishing houses to take a risk”. With the rise of “big-name authors”, smaller authors are often overlooked in favour of those whose name alone is enough to market the books.

Dodson shared that the main obstacle he encountered with the crowdfunding process was attempting to overcome the “ingrained English nature” to be “self-deprecating and quite modest” in order to try and sell the project to potential funders. Writing the book itself differed from the usual “intense process” of writing: instead, it was a “fun” project and proved relatively easy to get written.

The worst thing to do, he suggested, is to “box yourself into a corner” with a job that expects too much of you as an employee

The motto Samuel cited throughout the numerous rejections and disappointments he accounted was the well-known lyric “I get knocked down, but I get up again”, displaying the tenacity needed to survive in the industry of literature. Through manoeuvring the tricky terrain of Twitter where “everyone has something to sell” and a “delicate balance” must be achieved, alongside the support of friends, Philosophers’ Dogs is almost half of the way to the amount needed to publish.

When asked if he had any words for students gleaned from his time at Warwick, Dodson admitted that he is by no means “an oracle of wisdom” but that his main advice would be to “keep doing what you love”. Touching on how it is infamously difficult to make a living out of the arts sector, the author also recommended that budding writers try and at least find a career path that gives them the time to write. The worst thing to do, he suggested, is to “box yourself into a corner” with a job that expects too much of you as an employee.

Instead, he suggested that we should view success as a collaborative effort and students, particularly those in Humanities or Arts subjects, “have the ability to help one another” to progress

Ending on a nice positive note, Dodson encouraged students to “learn and share” and work to “build strong relationships” with each other. He mused on how the university environment tends to make people feel in competition with others, making the experience one that focuses on ‘beating’ peers. Instead, he suggested that we should view success as a collaborative effort and students, particularly those in Humanities or Arts subjects, “have the ability to help one another” to progress.

Philosophers’ Dogs looks to be a quirky yet insightful exploration into the basis of philosophy in an accessible and humorous way. Incorporating man’s best friend ensures it would appeal to dog lovers and philosophers alike, though the two are not mutually exclusive. For more information on the book see https://unbound.com/books/philosophers-dogs/

How crowdfunding is changing the world of publishing 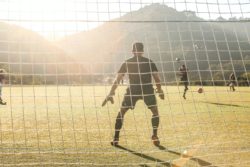