The Assembly, a live music venue and nightclub frequented by University of Warwick students and locals in Leamington Spa, is set to reopen in September after their sudden closure in June.

On 4 June, they announced on Twitter that they were closing due to “the current level of rent and rates on the property, alongside repairs and upkeep” for the building.

During the closure, the Leamington Courier reported that the Assembly was left in a state of ruin, due to “an overzealous contractor who mistook direction on removing fixtures” owned by the venue.

They released the news of their reopening on Facebook, where two event pages for launch parties on 23 and 28 September have been made available to the public.

“After months of rumours and closure the iconic Assembly Leamington is back. Re-focused, Re-freshed, Re-booted. Under a new ownership the famous family owned building is ready to create new memories,” they wrote.

The first party is targeted at students and will take place on Monday of Week 0. Over 500 people have expressed interest in attending.

Control. will be replacing LuvBug as the Assembly’s weekly student night, to take place every Saturday as before.

One student at the University of Warwick entering his third year of study commented: “It’s great the venue’s back for locals and students. I can’t wait to go to Keep the Faith properly again, it was a nightmare to be cooped up in Altoria.

“Although I hope the venue hasn’t been massively refurbished like Kasbah – that would be extremely disappointing.”

Built in 1926, the Assembly is located on Spencer Street in South Leamington. 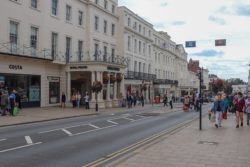 Gallery image with caption: Young man dies after taking MDMA at the Assembly in Leamington 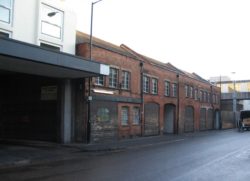