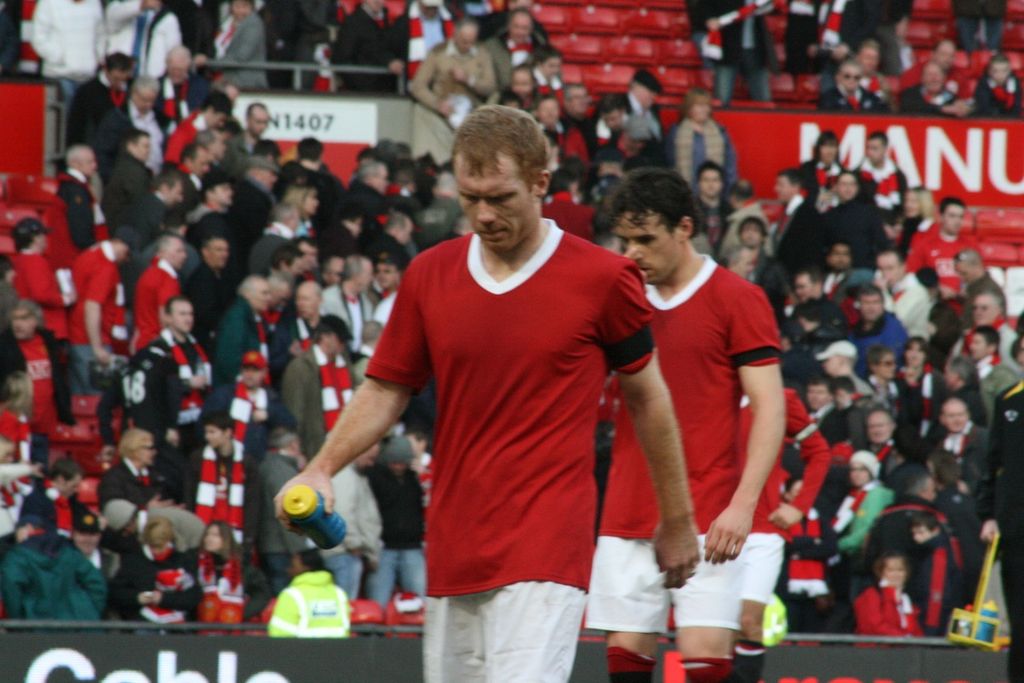 Why Paul Scholes’ £8000 betting fine is missing the point

Scholes’ actions are a symptom of football’s gambling addiction, not a perpetrator of it. Ex-Manchester United midfielder Paul Scholes has claimed he made a “genuine mistake” after placing over £26,000 in bets over the past 5 years.

Scholes had placed 140 bets on matches since 2014, including on the FA Cup – a competition which Salford City FC, the club he co-owns with fellow members of the Class of 92, was a part of. The FA have fined the player £8,000 plus legal expenses for his indiscretion. Yet Scholes’ case isn’t a new one. In 2016, former England midfielder Joey Barton was charged by the FA for placing over 1200 bets in a ten-year period. Barton, when speaking to BBC Radio 4 in 2017, blamed gambling’s cultural involvement in football as the problem. He has a point.

Each advert is punctuated with a flash of the yellow “when the fun stops, stop” screen

Every Sunday during the season, you only need to stick Sky Sports on the telly to see the tight grip bookies have on football’s throat. Every other advert seems to either have Ray Winstone ranting about increased odds on some strange scenario that isn’t going to happen or that bloke who played Jay in the Inbetweeners flying around in a spacesuit. As inane as these adverts are, none of them match the evil “smart money’s on Coral” tagline, which falsely implies betting is a skill rather than blind luck.

Each advert is punctuated with a flash of the yellow “when the fun stops, stop” screen that bookies clearly don’t actually want to put in, but have begrudgingly done to appease the government. It is the commercial equivalent of a kid compromising on the number of peas he needs to eat so his parents will give him his dessert. The problem with these “gamble aware” initiatives is that they’re given no actual screentime. Last season, SkyBet released an advert promoting a simple 3-step process to prevent gambling habits from becoming out of control. With other restrictions on bookies advertising, this might have worked, but the sensibility of Jeff Stelling was quickly drowned out by Jay Cartwright and other before SkyBet discontinued the ad.

Betting is still an incredibly slippery slope, and should be treated as such

We can’t treat Scholes’ infringement with a slap on the wrist and move on. Gambling does have its merits in permeating footballing, and more broadly sporting culture, as there is little doubt that it’s a legitimate avenue for increasing sporting engagement. However, betting is still an incredibly slippery slope, and should be treated as such; there’s little stopping Chris from Bradford snowballing a cheeky £5 punt into a mountain of debt large enough to bury Ray Winstone’s massive floating noggin.

Educating people about gambling’s risks needs to take the front seat. Adverts like Sky’s should drive the commercial break just as much as those that promote bookies and their special “bet in-play” offers. Additional gambling education should be compulsory for current and ex-pro’s to undertake; outlining the risks of gambling more broadly, whilst highlighting which gambling practices could be viewed as a conflict of interest, would prevent incidents like Scholes’ from happening.

Cases of Scholes and Barton are likely to be repeated

Professional footballers, with their high quantities of disposable income, are more inclined to indulge in gambling, even though their actions carry more responsibility than the average Joe. Until proper educational procedures are put in place by the FA and major bookies, such as SkyBet and Ladbrokes, the cases of Scholes and Barton are likely to be repeated. Next time, however, they could have even more serious financial implications.