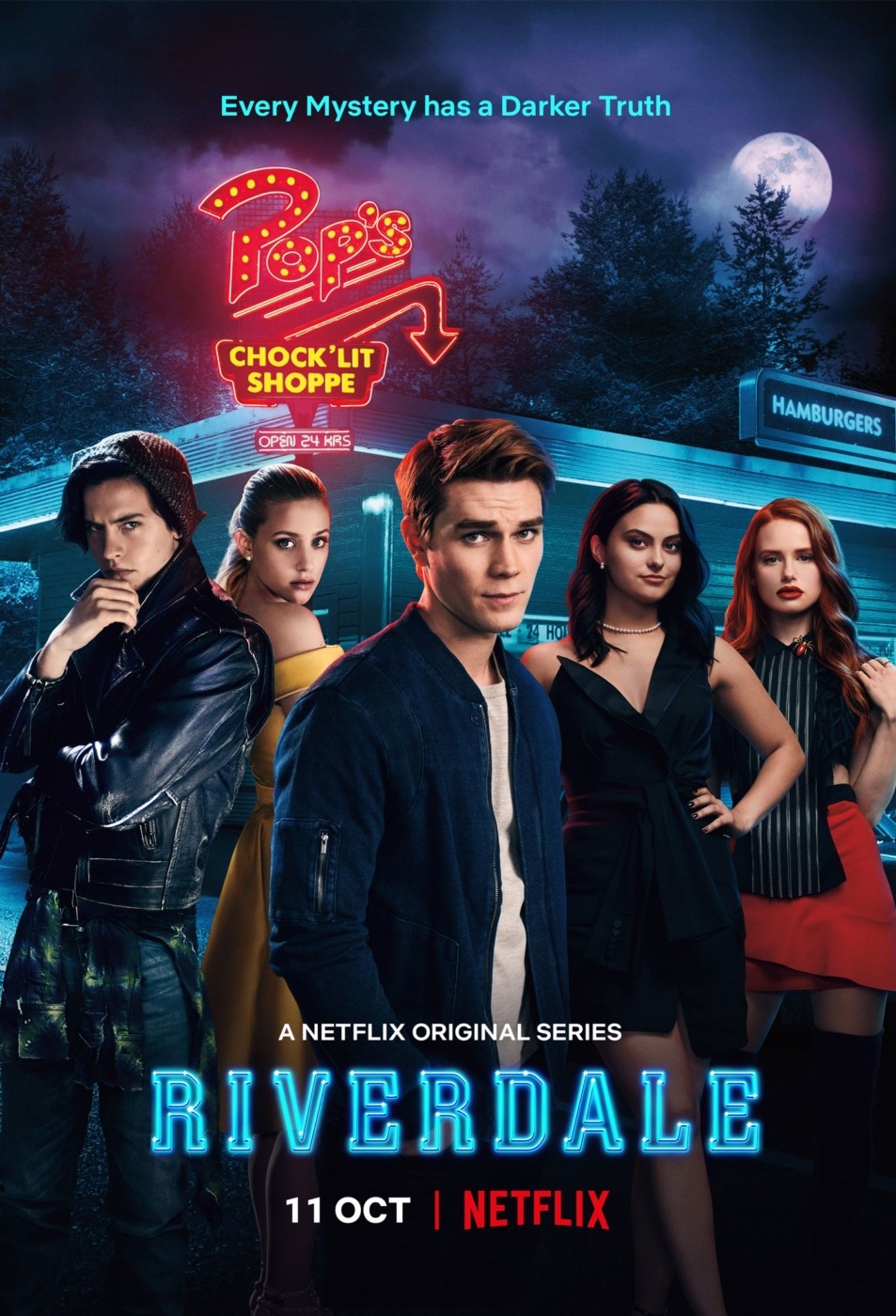 So much has happened over the course of season Three of Riverdale that it can be hard to remember where it all began. It has been a season full of twists and turns in true Riverdale fashion, revealing the darker side of the ‘town with pep’ through the lens of the teenagers at Riverdale High. We’ve seen court cases, boxing matches, an underground casino, and relationships begin and end in an explosive season dealing with two big external threats.

The finale, ‘Survive the Night’, was a truly captivating episode, centred once again on the relationship between Archie, Betty, Jughead and Veronica – the friendship that drew so many fans in during season One. The Russian roulette challenge for Veronica during the Fox Forest Hunt was particularly poignant. Despite not seeing much of their friendship this season, it proved that Betty and Veronica’s bond is as strong as ever. The conflicts each of the characters faced during their night of torture held a lot of meaning, and hopefully close the book on some lingering tensions in their lives ahead of the next season. Lili Reinhart’s performance during Betty’s test was one of the strongest elements of the whole season. As Betty faced-off with her father, Reinhart managed to capture the combination of confusion, anger, pain and love she must have been feeling perfectly. Between the trauma Betty has faced over the course of the show and her relationship with Jughead, Reinhart has time and time again proved herself to be the anchor in the cast.

A few storylines were tied up neatly with a bow – in the final episode, we found out that the mastermind behind Gryphons and Gargoyles was Penelope Blossom, with Chic as her Gargoyle King. After a season of suicides, gang violence and life-threatening danger all stemming from the game, we finally got some closure on that chapter of the town’s history. Series Developer Roberto Aguirre-Sacasa said in a recent interview that, “the root of evil in Riverdale was going to be associated with the Blossoms.” The writers certainly delivered on this across season Three, with Penelope’s poisonous plans spanning decades and underwriting so many relationships across the show. What this declaration from the writers’ room means for the next season, we can’t be certain. Cheryl’s storyline will likely be tied up with her taking Jason’s corpse, and Nana Rose is probably too frail to mastermind more crimes. However, we know that Blossom blood runs deep in Riverdale, so there is likely another person out there who will be able to take over running the dark side of the town.

Of course, no season finale would simply answer all the questions without posing more

Viewers also got far more of an insight into The Farm over the last few episodes. We’ve heard hints about it from season One – with Polly and Jason’s plan to run away there when she found out she was pregnant – but everything shifted gears as the more sinister side became apparent and it was revealed to be a cult. The revelation about Evelyn’s true age and her marriage to Edgar in “Fear the Reaper” seemed at the time to be the biggest twist the writers could throw at viewers, but there was much more in store. Betty’s discovery of the organ harvesting and the FBI’s involvement had fans in shock. These revelations beg the question of where else has been devastated by Edgar Evernever, and what trouble is brewing wherever they’ve fled to next.

Of course, no season finale would simply answer all the questions without posing more. One major bombshell that dropped was that Alice has been working as an FBI informant inside The Farm, helping her assumed-dead son, Charles. Tracking her down will be a major part of the storyline going forward, as will the relationships Charles has with his half-siblings Betty and Jughead and father FP now he’s in Riverdale to stay. This new dynamic will no doubt put a strain on Betty and Jughead’s romance, something that show creators have hinted at for the upcoming season. Hopefully it will also give viewers more time to see FP and Alice explore their relationship in the wake of Alice’s extraction from The Farm and the return of their son. Skeet Ulrich and Mädchen Amick have the most incredible chemistry on the show, so the writers would be foolish to skip over the chance to put them on screen together again, and to explore the feelings their son being alive brings up.

The show can refocus on the teens again, instead of asking overarching questions about the evil of the town

The biggest cliffhanger was, of course, the flash forward to spring break of senior year. Archie, Betty and Veronica are found in the woods, covered in blood and burning Jughead’s iconic beanie. While the writers are clearly trying to suggest that Jughead is dead, this is far too simple a solution. Riverdale has never been a show to be straight-forward, so there is no doubt that the writers have far more up their sleeve to complicate this situation. Aguirre-Sacasa has said that the writers have “a few options” for what happens in the build-up to the moment we get a glimpse of, so it seems that no one is sure what the ‘core four’ have done just yet. Taking over from The Farm as the central mystery of season Four, the show can refocus on the teens again, instead of asking overarching questions about the evil of the town. This will hopefully give the cast a chance to interact in less high-stakes scenarios, and bring back some of the comedy which the First season executed well.

Aside from following the present-day story of Archie and friends, this season gave us far more insight into the lives of the parents of Riverdale. The flashback episode ‘The Midnight Club’ shed light on not only the roots of Gryphons and Gargoyles, but also that of the tensions in the adult relationships. The main cast all played young incarnations of their parents, and there wasn’t a weak link in the group. Again, Reinhart shone through in her portrayal of a young Alice Smith, dealing with an unplanned pregnancy, being given the cold shoulder by FP Jones, and the first Ascension Night. The information this episode gave informed so many of the past seasons’ moments between the older generation in Riverdale, and added a lot of depth to characters who have been given little individual development.

Lots of fans are naturally hoping flashbacks feature in the upcoming season, but the writers would do well to restrain this only to times that it helps the plot. It would be wrong to reuse the device for nothing more than fan-service when it was effectively used and well-executed in this instance. With the tragic death of Luke Perry, who plays Fred Andrews, yet to be addressed in the show, there is ample opportunity for the writers to explore the feelings this brings up for The Midnight Club’s members.

Something we will hopefully see a little less of is Riverdale’s musical episodes. The ‘Big Fun’ episode, revolving around a school production of Heathers: The Musical, felt forced at the best of times, and plainly bad at the worst. Aside from some poor vocal performances, the inclusion of the songs and plotlines from the musical felt shoe-horned in, and detracted from the drama going on for the characters. Last season’s Carrie: The Musical episode wasn’t much better, but certainly did a lot more to advance the plot than ‘Big Fun’. Riverdale is at its finest when it moves away from melodrama and gimmicks, focusing in on the lives of its teenage leads. Though based on a comic book, the show can often take this to heart and move too far away from the realism that the revamp was supposed to give Archie Comics.

Season Four will see a new chapter open for the town and the teens at the heart of it. What lies ahead of them is largely uncertain, but what we do know is that we’re in for another season of mystery, romance and milkshakes at Pop’s.