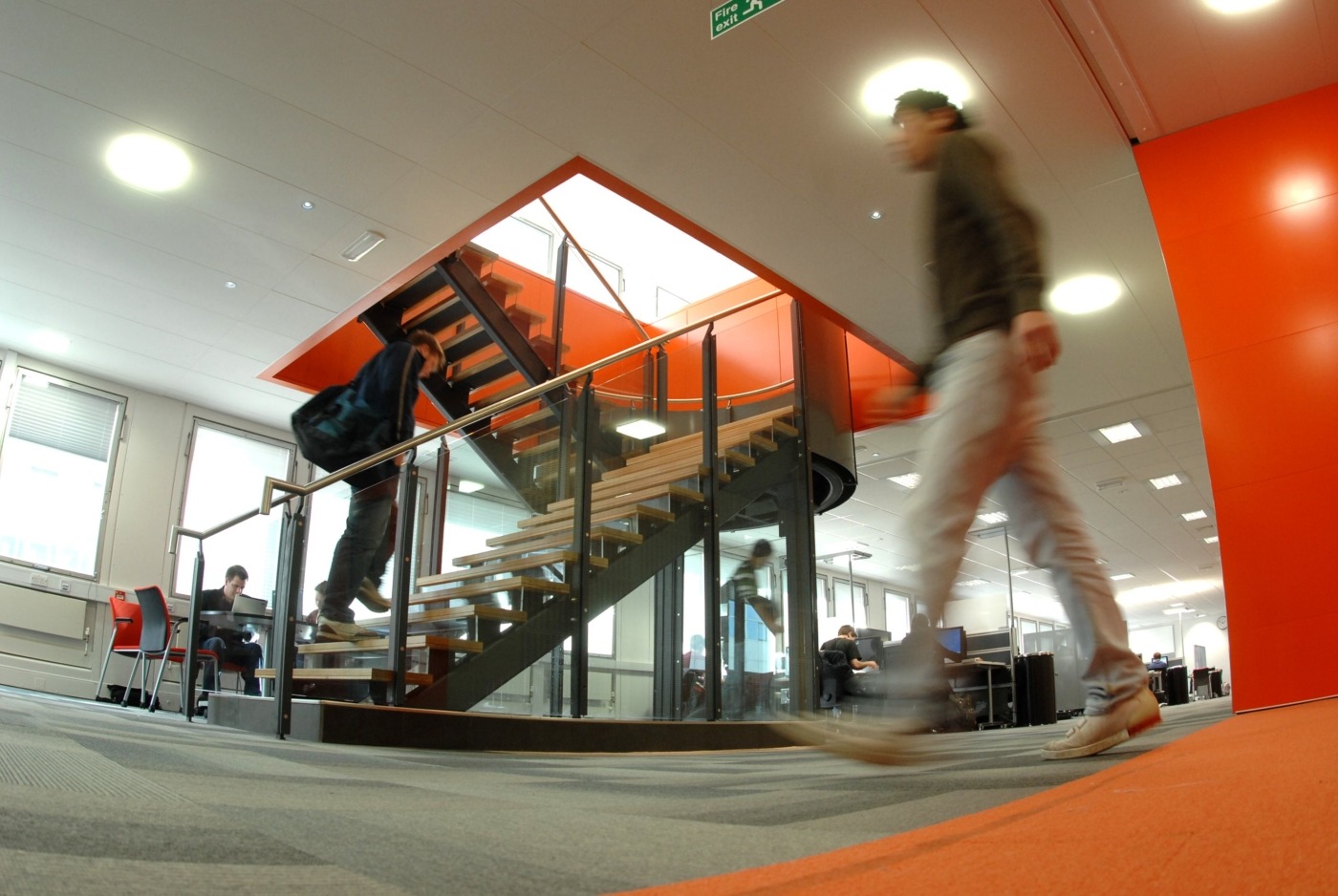 Over two-thirds of Warwick students who responded to a Student-Staff Liaison Committee (SSLC) survey felt that the release of the final exam timetable this year had a high impact on their mental health, with almost a third reporting the effect as severe.

Launched in response to student backlash over the final exam timetable with the aim of “collaborating to produce a unified and representative student response”, the survey collected 1,151 responses from students across 110 courses at the University.

Alongside the report on the results of the survey, over 20 SSLC Chairs and a number of SSLC Secretaries and Academic Representatives have sent a letter regarding the exam timetabling problems to six senior officers at the University of Warwick – including vice-chancellor Professor Stuart Croft – and the University Senate.

Criticism of the University’s scheduling of exams began following the publication of two provisional summer timetables in one day, the first of which scheduled multiple exams outside of official term time for the 2018/19 academic year.

Warwick’s Students’ Union (SU) subsequently demanded an apology and explanation from the University regarding “confusion” over the situation.

Over two weeks later, the University then published the final version of the summer exam timetable “earlier than planned”. This timetable scheduled all exams within 13 May to 20 June but prompted complaints from students as many exams were moved between two and four weeks earlier than originally outlined in the provisional timetable.

The SSLC’s survey asked students to rank on a scale of one to 10 – with one being “not at all” and 10 being “most severely” – how much the release of the final exam timetable was likely to negatively affect their mental and physical wellbeing.

68% of respondents selected a score of between seven and 10 for the negative impact on their mental and physical health. A further 31% selected the highest scores of nine or 10, while 52% overall selected a score between eight and 10.

Postgraduates reported the most severe impact for this question, with 90% selecting a score between seven and 10. This was followed by intermediate students (76%), finalists (66%) and first-years (53%).

“All of these numbers are unacceptably high, and it’s evident this is having a huge impact,” the report on the survey results said.

The same trend can be seen for the question on how likely students felt the release of the final timetable would negatively affect their academic performance. Just as before, 90% of postgraduates selected a score between seven and 10 for this question, followed by 80% of intermediate students, 72% of finalists and 60% of first-years.

Out of all respondents, 73% selected a score between seven and 10 for how likely they felt their academic performance would be affected.

74% of respondents further said they wanted mitigating circumstances for exams that had been affected by timetable changes.

The Boar asked the University about the effects the timetable may have had on students’ mental health just after the final timetable had been released in April. They stated: “Boards of Examiners and the Notification of Mitigating Circumstances process will operate as it has in previous years and the details can be found (on the website).”

Overall, the Law department reported the “worst impact” on both mental health and academic performance

Warwick SU’s Education Officer Larissa Kennedy also advised students to apply for mitigating circumstances after the final exam timetable was published, stating that there had been “an inordinate amount of stress for students”.

The SSLCs’ investigation showed that some modules across various subjects were “particular causes for concern”.

History module HI275 was also mentioned by respondents. The report outlines that the exam for the module was moved by 23 days. As a result, teaching finished three days before the assessment.

Overall, the Law department reported the “worst impact” on both mental health and academic performance. 56% of those studying Law selected nine or 10 on the mental health impact scale.

According to the report, of the 29 exams sat by Law students, six were not provisionally timetabled. Moreover, Law exams saw an average movement of 11 days forward.

For the Psychology department, there were also two exams that were not provisionally timetabled, while one exam was reported as “being entirely absent from the timetable”

For Psychology undergraduates, all years report a negative impact on their mental health greater than the average across the University. Except for first-year students, the same trend follows for the impact on academic performance.

The average exam date movement for third-year Psychology students was 22 days forward, the report says. For the department, there were also two exams that were not provisionally timetabled, while one exam was reported as “being entirely absent from the timetable”.

The report states that “there is a high level of stress” among second-year Psychology students, “which may be attributed to the stress of a missing exam”.

Within the Mathematics department, second-year students were the “worst hit”, the report said, with exams for this group moving forward by an average of 8.5 days.

The letter, alongside which the results of the survey were presented, was sent to senior officers at the University on 2 July.

It was written with the intent “to summarise the events of this year, give the results of a university-wide SSLC student survey on the matter, and to request a public explanation as to the cause of these issues”, it said.

Referenced throughout is a lack of communication from the University on the matter. It said there was no apology issued by the University after the final timetable’s release, which they felt “demonstrates a strong neglect for keeping students informed on issues which affect them within our university”.

The letter also outlines a lack of clarity when the University did communicate with students. They cited the email sent from the Academic Office Exams Resource by Academic Registrar Chris Twine to all students about the “drastically flawed” provisional timetable, that “was written in a style which suggested the provisional timetable was still considered valid by the University”.

Three proposals to “ensure” that “an event like this does not happen again” were made in the letter, the first being that exam timetabling guidelines should be “published openly” and “made accessible to students”.

The second proposal in the letter was to give department opinions a heavy weighting in finalising timetables, to “minimise cases of deadline and lecture clashes”.

We humbly request a comprehensive response from the university regarding these concerns, and the issues raised prior to them

“The only source of information and reassurance students had were their own departments, who often also appeared confused and to be receiving mixed messages,” it read.

The SSLCs said that they want “stronger communication from the University to all students, through more direct and consistent routes which directly involve members of the student populace”.

“We humbly request a comprehensive response from the university regarding these concerns, and the issues raised prior to them.

“We hope that you take on board the issues raised in this letter and act accordingly, and we would welcome any engagement with ourselves on the matter,” the letter concluded.

Asked about the SSLC’s letter, the University told The Boar that it was “received by Vice-Chancellor’s office this week and Professor Chris Hughes, Pro-Vice-Chancellor (Education) replied on behalf of the Vice-Chancellor”.

They added that Professor Hughes had “noted” Warwick SU President Liam Jackson also raising the letter at the meeting of the Senate on 3 July, in which Mr Jackson read out the three proposals in the letter.

Professor Chris Hughes said in reply to the letter: “We are very grateful for the hard work, analysis and thoughtful recommendations, and agree that much needs to be done to re-build student confidence in our processes here.

“I am pleased to inform you that Dr Rebecca Freeman, incoming Dean of Students form September 2019, will be working with the Students’ Union to address these concerns and propose a series of recommendations to take out to SSLCs in the early Autumn term 2019/20.

“The research and feedback you have provided to date is therefore particularly useful as a starting point for this piece of work.”

He continued: “The conclusions and recommendations for improvement will be brought forward to Senate in 2019/20 in good time to ensure their implementation ahead of the examination timetabling schedule for the main Summer examination period.

“Progress will be monitored by the Audit and Risk Committee and is hence also reported to Council, the governing body of the University that also includes student representatives.” 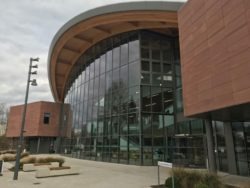