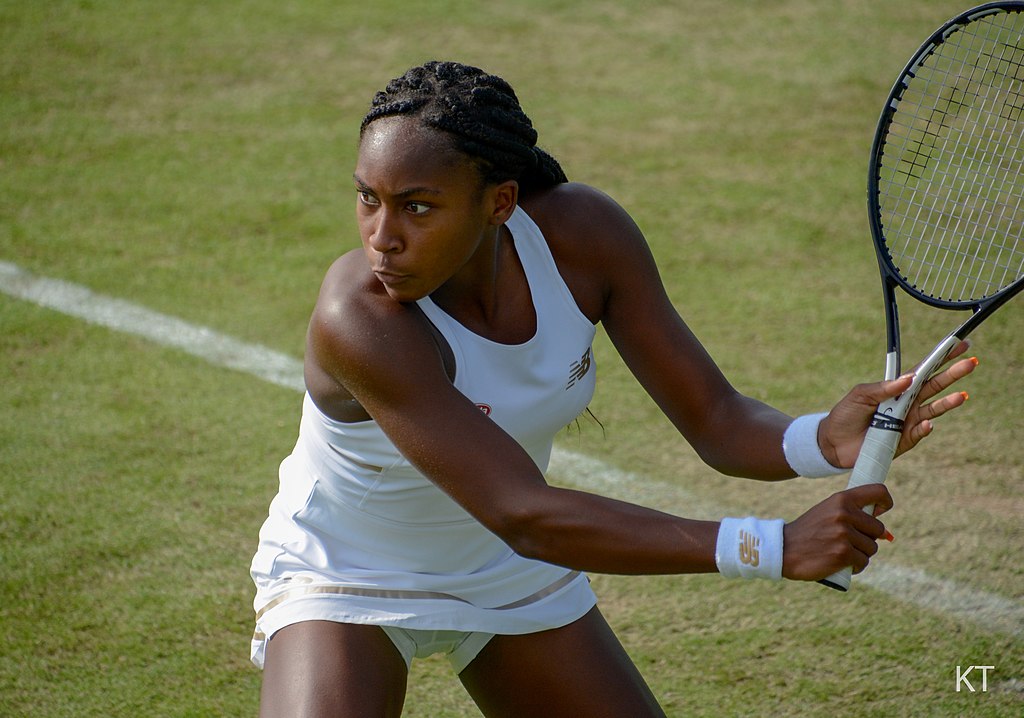 Over at SW19, the British public might have just experienced the birth of a new star. Having just turned fifteen in March, Cori Gauff, nicknamed Coco, became the youngest player to qualify for the championships in the Open era. What was her reward for putting her name in the record books? Only a first-round encounter with her idol, and five-time Wimbledon champion, Venus Williams.

Baptisms of fire don’t come much hotter than that. In fact, it was eagerly noted by pundits and fans that Venus had twice been crowned Wimbledon champion before Gauff was even born. On a packed court 1, the crowd very quickly sensed this was not going to be a walkover. Gauff moved around with a confidence that belied her age, fist pumps galore, as the crowd responded with enthusiastic cheers.

As Coco-fever takes hold across Wimbledon, talks that she can cause a few more upsets have gathered steam

The old adage of “if you’re good enough, you’re old enough” has never seemed more apparent. It seemed that in a blink of an eye, although the clock said 1 hour and 19 minutes, that the young American found herself at match point. As William’s shot hit the middle of the net, Gauff clutched her head in her hands in disbelief. The monitor did not lie, the numbers 6-4, 6-4 etched in yellow letters across the screen.

As Coco-fever takes hold across Wimbledon, talks that she can cause a few more upsets have gathered steam. Labelled as the heir apparent to Serena Williams, one article proclaimed Cori the “unifying force” tennis has been waiting years for. For all the hype, it would however be unfair to put any pressure on the teen’s shoulders. Over the decades, tennis has been littered with teenage champions. Martina Hingis won the 1997 Australian Open at 16, and Boris Becker and Maria Sharapova both won Wimbledon at 17 in 1985 and 2004 respectively.

Yet Nadal was the last teenage champion when he won the French Open in 2005, and the age of teenage phenomena’s looks to have reached its nadir. Federer, Nadal and Djokovic, aged 37, 33 and 32 respectively, have won 49 out of the last 53 slams. Alongside Serena William’s prolonged dominance at the top of the women’s game, Gauff’s first round victory is no normal occurrence.

Venus Williams, by contrast, looked like she was feeling her 39 years as she laboured against an opponent 24 years her junior. Her power remains intact, and her serve still capable of rising above 120mph. But against an increasingly exuberant crowd, and an increasingly inspired opponent, errors started creeping into her game. She ended the match on 16 winners compared to 26 errors, and 4 double faults.

Despite the defeat, Venus Williams remained as magnanimous as ever at the net. “She just told me congratulations and to keep going and good luck” Gauff confided. “I told her thank you for everything. I wouldn’t be here if it wasn’t for her, she is so inspiring”. Venus can take some solace from the fact she has left such an extraordinary impact on the next generation.

For the grand dame of women’s tennis, every defeat brings talk of retirement. Indeed, the tennis media is notorious for bringing players’ careers to a premature end, this year’s Australian Open playing a montage of players bidding Andy Murray farewell on the big screen as he announced his intention to carry on.

Indeed, some articles have suggested she retire to stop “tarnishing” her reputation. Yet it should never be a journalist’s prerogative to tell an athlete when the right time is to retire. The concept of “legacy” or “reputation” is thrown around like confetti in sports. Venus’ brand of lethal serves, elegant forehands and athleticism has earnt her a place amongst the pantheon of tennis greats.

Yet Venus’ legacy is not simply confined to the boundaries of the tennis court. Whilst leading the charge for equal pay in tennis, her long-standing battle with Sjogren syndrome makes her one of the most valiant competitors to grace the sport. At 39 years of age, her star is fading.  Yet as Venus moves through the twilight of her long career, Cori Gauff across the net is walking proof of her legacy.