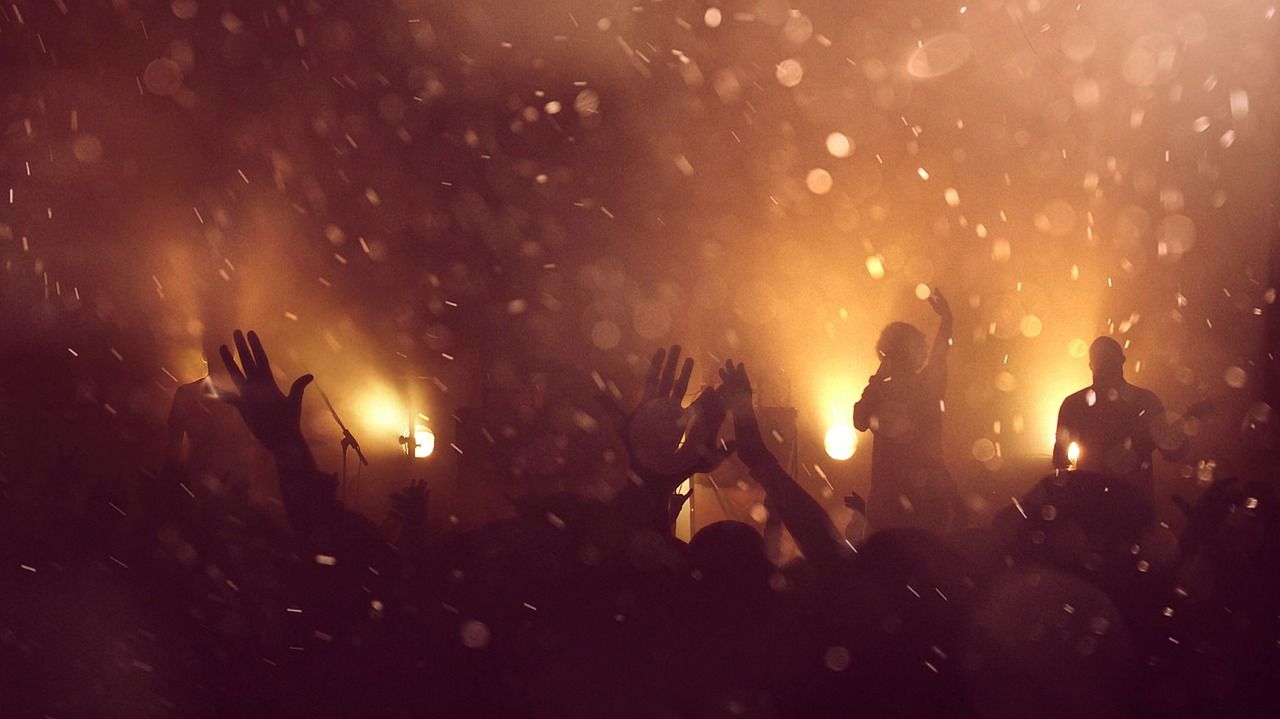 It is clear that now more than ever before, women are making their mark in music. As an outlet for artists to express their values and what makes them, well, them. Music leaves an everlasting mark on people and history. For me, three icons highlight to me the success of women in this industry, paving the way for future generations:

I am sure it comes as no surprise that Beyoncé is included in this list. She is seen by most as one of the best performers of our generation. She has particularly given confidence to black women, to embrace their identity and not settling for less than they deserve. The Queen Bee’s work for the empowerment of women is not subtle. She performed the entirety of her Mrs Carter world tour in front of the word ‘FEMINIST” on screen in bright, loud letters.

Alongside her work for women and charities across the globe,  she has released countless hit singles that promote the strength of women and the necessity of strength and endurance. ‘Run The World (Girls)’, ‘If I Were A Boy’, ‘Single Ladies’, ‘Flawless’, ‘Hold Up’ relate to the common woman and empower unlike any other artist alive. It is clear that her dedication to her career, her daughter and family and the feminist movement is unparalleled and is commendable, to say the least.

In particular, her work for the empowerment of women and more specifically women of colour extending even outside of her music is what sets her apart as a major pioneer for change. Just recently she had turned down a collaboration with Reebok due to a lack of diversity in their meetings: she felt nobody on the team could represent her own background. She then signed a deal with Adidas instead. She continues to send a clear message to commercial industries the power that she holds and using that to promote positive action.

Lemonade, her sixth studio album and second visual album, is by far the strongest representation of her pride in being a black woman. It is able to convey the importance of finding empowerment in identity for black women around the globe. Symbolism ran throughout the entirety of the short film begins with a quotation from Malcolm X: “The most disrespected person in America is the black woman”. The album was made by a black woman for black women. She represents and is revered by all. But Beyoncé is more than just an icon; she is a brand in herself and has her own empire that she has established. A girl from humble beginnings in Houston has become the twenty-three time Grammy award-winning Beyoncé we all love today. The fierce and empowering Queen Bey with an even bigger Beyhive to mark her impact in history.

Rihanna is also an important icon for women all around the world, displaying strength, vulnerability, sexuality and artistry simultaneously in all her projects. Not only did she rock the world with her iconic music, Loud, Unapologetic, and ANTI for example, but she has also shocked the makeup world with Fenty Beauty. She now begins exploring the lingerie world with her new brand Savage X Fenty.

Words such as strong, powerful, fearless and admirable come to mind when thinking about Rihanna. Time and time again she has proven she is a woman who defines power. Controversy has laced her music videos such as ‘BBHMM’ due to the graphic nature of it and links to her personal life which has been frequently discussed in the media. She, however, has never addressed any controversy. She simply does not care. Rihanna has always minded her business and has produced iconic artistry alongside building an admirable empire for future women can aspire to.

Headlines tend to focus on things deemed as negative such as her provocative clothing or the way she dances on stage however that is exactly the problem she is up against. Rihanna does not explicitly fight back or retaliate to these narrow-minded opinions but instead continues to do exactly what she does best – be herself. She sings what she wants, dresses how she wants and allows the media to have a field day whenever she steps into the public eye. She remains unbothered – she is confident in herself and her femininity. Outside of her musical background, she is more than just a talented performer as she is also known for having taken part in movements such as the Women’s March in NYC and being awarded the Harvard Humanitarian Award.

Rihanna evidently is somebody who has also made a mark for themselves by sticking true to her own beliefs. Her presence alone and her contentment with herself has taught us all that we should not care about what others have to say and can remain loved by those around the world. She provides the hope that we can do want as long as we believe in it.

Lady Gaga is known for her enjoyment of self-expression and individuality. Again and again, she denies the beauty standards that are forced upon her by media, Hollywood and the world due to her womanhood. A key example of this is her iconic meat dress at the 2010 MTV Video Awards and her recent image transformation to a more ‘natural’ version of herself. Lady Gaga’s entire image is based on self-expression and comes in the form of her music, in particular, the album Born This Way.  Her embracement of what makes her different and her individuality are what have given her prominence in the world of music, and her voice which has taken her so far.

In her most recent endeavour, A Star is Born, she was commended for her acting, singing and transformative ability to captivate an audience. Though she created her fanbase and image on the basis that she was indeed unlike many people – her chameleon-like abilities have enabled her to display her strength, ability and power as a strong performer on the world stage.

She has been nominated for 578 awards and has won 249 of them since the release of her album The Fame in 2008 and now she has become the first female artist in history to win a Golden Globe, Critics’ Choice, Grammy, Bafta and Oscar. She wept as she accepted the Oscar which marked her victory: “If you have a dream, fight for it,” she said. That alone proves just how significant her success is for every woman – she has proven that what may appear as impossible may be possible after all even if you have to work harder for it.

Her messages of love and transcends into the work she does for both feminism as she works alongside organisations to help women in danger such as through becoming an advocate for sexual assault awareness as she too is a sexual assault survivor. Her voice is her most powerful form of expression as she said in her speech at the ELLE Women in Hollywood Celebration: “We women in Hollywood, we are voices. We have deep thoughts and ideas and beliefs and values about the world, and we have the power to speak and be heard and fight back when we are silenced.” Gaga is somebody who uses her privilege to make the world a better place for the countless women who have their voices silenced – she is their voice.

These three talented women are few of the many artists who have helped women feel more empowered to embrace themselves. They fight back against societal standards put in place to hinder their success, and so with the music they create, the world becomes a little better and a little more tolerable. All kinds of people can find comfort in their music as it speaks to the soul. The massive variety of genres means that there is something for everyone. It is empowering to see so many genres dominated by strong and powerful women – especially the more mainstream genres such as pop and R&B. With the help of talented women such as Beyoncé, Rihanna and Lady Gaga, there is clear evidence that girls indeed can run the world.