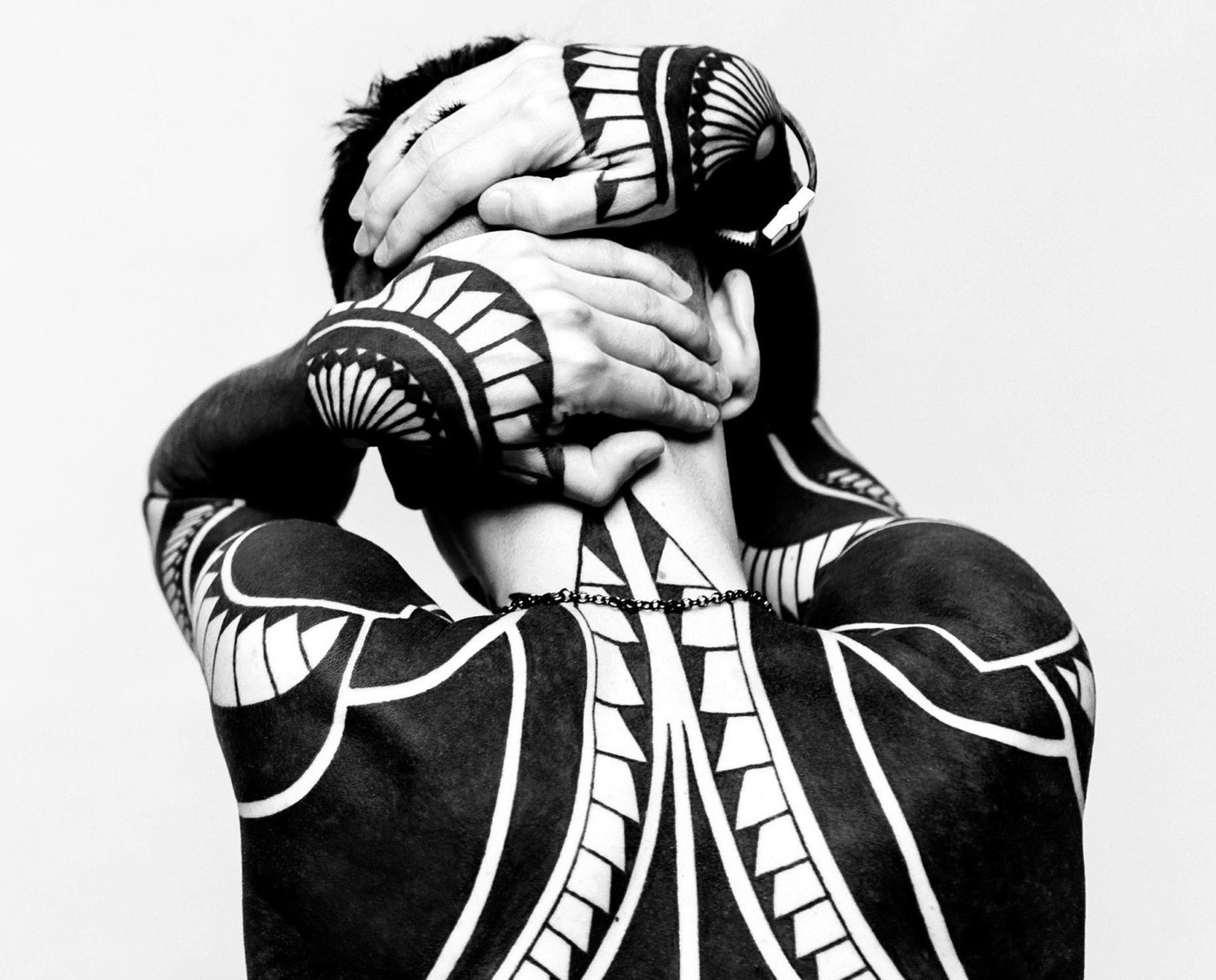 What stories do our bodies tell? This is the question asked by the Immigration Museum in Victoria, Australia in their ‘Our Bodies, Our Voices, Our Marks’ exhibition, which explores tattoos alongside themes of identity, expression, culture and community.

Unfortunately, there is still a great deal of stigma attached to tattooing across the world, including in Western societies, where tattoos continue to be questioned by workplaces. According to Psychology Today, women who have tattoos “are perceived as more promiscuous, as being heavy drinkers, less attractive, less caring, less intelligent and less honest.” The shocking stereotypes still exist.

The exhibition in Victoria is proving that tattoos can be powerful works of art that represent a person’s identity and culture.

Ukrainian born artist, Stanislava Pinchuk, who curates the exhibition, has said that she wants people to reflect on what it means to document the body. From the moment visitors enter the museum, they should notice how a life’s journey can be depicted through inked bodies. There is tradition in Ukraine that encourages you to acknowledge the present before you enter the unknown of a new journey, and this has influenced the exhibition.

The exhibit is made up of three parts. Pinchuk’s ‘Documenting the body’ explores local perspectives on tattooing, touching on themes of immigration, journeys, heritage, and identity. This celebration of cultural diversity feels especially important in our modern, globalised society. Tattooing is a way for people from different cultures to represent their identity and journeys. Pinchuk wants to explore the way in which our bodies shape how we see others and ourselves.

Kip Fulbeck and Takahiro Kitamura explore the history of traditional Japanese tattoo culture and its influence on the modern practice in ‘Perseverance: Japanese Tattoo Tradition in a Modern World.’ It explores an art form that has faced negative stigma due to its association with the Japanese mafia, and investigates how the tattoo practice has persevered.

In ‘Tatau: Marks of Polynesia’, Takahiro Kitamura illustrates the work of traditional tatau masters alongside young artists who have adopted its styles. Tatau is a beautiful, two-thousand-year-old art form that remains a cornerstone of Samoan culture and the practice has influenced Samoan and Polynesian identity.

It is incredible how they incorporate indigenous, traditional imagery whilst breaking gender boundaries and creating a stunning piece of artwork

Pinchuk’s exhibition has utilised different forms of media to promote the artwork. A video on the website features some of the art and voiceovers explaining why tattoo is such an essential expression of identity. One voice says, “transforming the body is an act of dreaming and belonging.”

Another voice, Annie, contends that she was not encouraged to express herself visually growing up, but tattoos are a way to represent the essential parts of her identity. Her mother wanted her to keep her head down and blend in when she was younger. Her tattoo is a way for her to demonstrate her cultural heritage. Annie has a tattoo of a crane surrounded by river reeds on her thigh, which is based on a photograph taken of her mother when she migrated from China to Australia.

“Mum was a little bit more accepting of that tattoo because I explained it was about her,” said Annie later in an interview.

The art exhibited by the young artists is extraordinary; it is incredible how they incorporate indigenous, traditional imagery whilst breaking gender boundaries and creating a stunning piece of artwork. The nudity taboo is also broken down, with the male form shown. And Pinchuk makes sure to display the work of people who are repressed and omitted from Australian culture and society.

Exhibitions such as ‘Our Bodies, Our Voices, Our Marks’ help to raise awareness for the cultural significance and sheer beauty of tattoos

Tattooing was seen as an underground activity in Japan but has persevered and is known internationally for its artistry and historical symbolism.

In ‘Walking the Wall’, Tiatia uses video work to confront the Samoan taboo of female nudity by revealing her sacred malu thigh tattoo as a way to challenge gender norms.

This exhibit is ground-breaking in challenging the meanings and stigma surrounding tattoos. It shows how the art of tattoo has been used by many different cultures for thousands of years and how powerful tattoos can be in representing identity.

Beyond the exhibit, tattoos have been recognised as powerful forms of expression. Thousands of people around the world wear semicolon tattoos in honour of Project Semicolon, representing the importance of suicide prevention and mental health awareness. But even if tattoos don’t have a particular meaning, they can be beautiful works of art.

Perhaps the stigma is beginning to erode. Just today, it was announced that Air New Zealand are dropping their ban on tattoos, acknowledging that New Zealanders with Maori heritage sometimes use tattoos to express their genealogy and heritage. And in 2015, 30% of British millennials said they had a tattoo, figures which have almost certainly risen since, as tattoo removal technology continues to improve.

Having said that, negative perceptions still remain, with a number of workplaces asking for tattoos to be covered up. Airlines are particularly strict – the British Airways says that no tattoos should be visible, even specifying that, “you will be required to wear an appropriate white undergarment if you have a tattoo on your upper body”, so that the tattoo cannot be seen beneath the white uniform. And some countries take a particularly harsh stance against tattoos, such as in Iran, where tattoo artists are often arrested.

There is surely a great deal of stigma surrounding tattoos in society today, but exhibitions such as ‘Our Bodies, Our Voices, Our Marks’ help to raise awareness for the cultural significance and sheer beauty of tattoos.