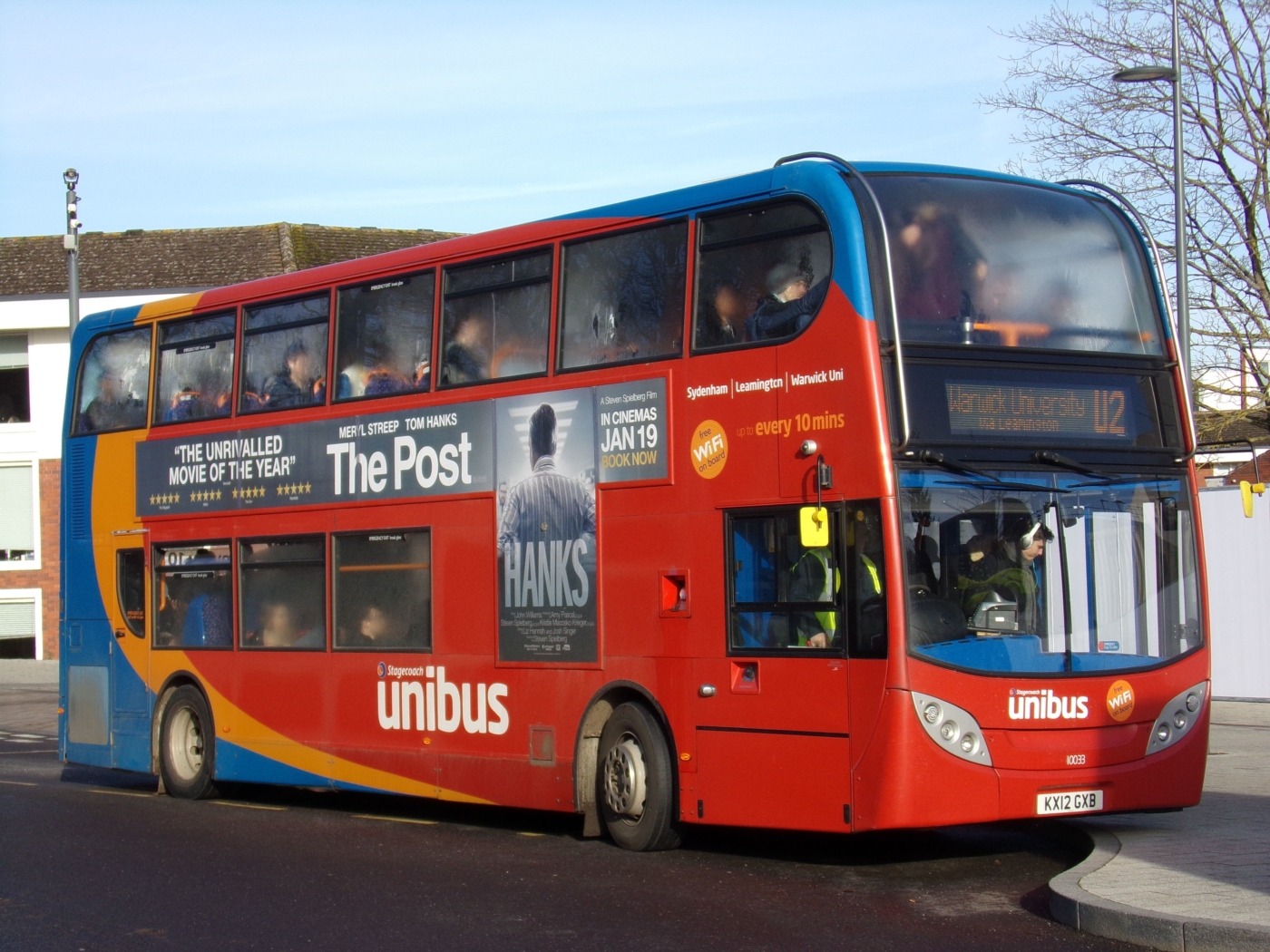 There will be a £3.7 million investment in new buses for the University of Warwick, new plans by Stagecoach have revealed.

The company announced plans to add 17 new buses to their Unibus fleet, covering the U1 and U2 service; potentially benefiting 33,000 students and staff.

The BBC reported that this investment is alongside wider plans to order more than £80m worth of new vehicles throughout the UK.

Arriving in the next couple of months, the new buses will be ready for the start of the next academic year.

Phil Medlicott, Managing Director for Stagecoach Midlands, said: “We are delighted to be able to continue our investment in better transport for students at Warwick University and the wider community in Leamington.

“We hope our passengers both existing and new enjoy travelling on them over the coming years.”

Second-year English Literature student Isabella McRae has expressed that she thinks this sounds promising. She said: “The WiFi and charging ports will be useful, and the environmental engines are great.

“But I think most students are frustrated with the irregularity of Stagecoach and the fact that buses don’t always show up,” she added.

“More buses might solve this, if they’re hoping to get a more regular service – maybe with more drivers, but otherwise I’m not sure that it will solve frustrations completely.”

The buses currently run every seven to eight minutes from Leamington’s town centre to campus, carrying over 1.8 million people per year.

They also run the NU1, a night service, which continues from Monday to Saturday as late as 2:50am, providing cheap and safe transport home from a night out.

The service started around 27 years ago and offers a range of passes, including Unirider, giving students unlimited travel on Unibus routes and others on the Network to travel to Coventry and Warwick.

The Leamington dayrider was reduced by 10%, whilst the age limit on Young Person tickets was extended from 15 to 19 years old.

Part of the changes in fares was a Unirider ticket covering one term and the summer holiday for £181, valid from 18 March to 22 September for students staying on and off campus during that period.