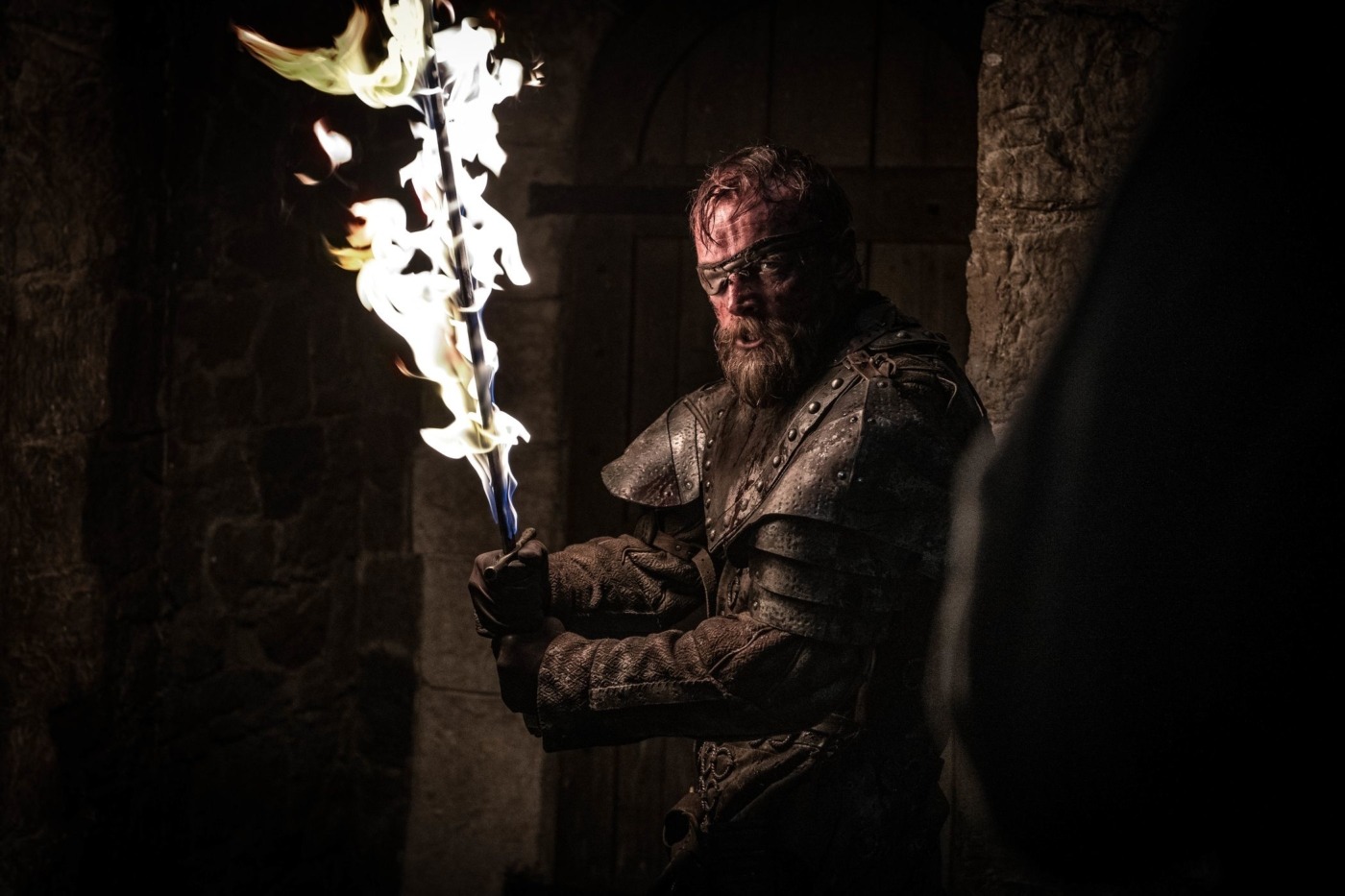 Berric Dondarrion exposes everything wrong with Season Eight of GOT

Berric Dondarrion is hardly the superstar of Game of Thrones. Despite his flaming sword, signature eye patch, and penchant for resurrection, he has managed to fade into the background a little bit. Scratch beneath the surface however and you reveal the subtlety, awareness and genius behind the writing of this show. You also see just how much season eight has failed to embody that.

Throughout the show, Dondarrion evokes a Christ-like figure. Beyond a shared capacity for resurrection, he is a leading and devout servant of the Lord of Light, a religion that, it should be remembered, is the only monotheistic faith in Westeros. He is driven by a sense of destiny and faith in God’s plan, that pushed him north and into the realm of the undead. His purpose is fighting this existential threat, dying for the sake of all mankind. By saving the character who goes on to kill the Night King he quite literally fulfils this goal. In his final moments, he adopts the crucifix position, as his side is stabbed by the undead, not unlike Christ who was stabbed with a lance whilst he hung on the cross.

Despite this Christ-like comparison, he isn’t perfect. In early seasons, he wastes his God-given resurrection powers in petty squabbles and trials by combat. His body is marked with an array of wounds, most evident in his trademark eyepatch. Physically and morally marred, he seems an odd choice for such a messianic allegory. This imperfection is his character’s biggest strength. He embodies the contrast between lofty idealism and gritty reality that has been a defining trait of the show since its inception.

So unlike Christ, Berric is imperfect. More than that though he is normal, even boring at times. This paradox is something that troubles the Hound as the two meet in season eight:

“There’s nothing special about you … I’ve met better men than you and they’ve been hanged from crossbeams, or been beheaded, or just shat themselves to death in a field somewhere. None of them came back. So why you?”

This question plagues Berric himself. His arc amounts to searching for the answer to it and by extension his life’s meaning. The universality of that quest resonates on a lot of levels: aren’t we all just looking for some kind of meaning to life?

He seemed to have found the answer to this question: to fight “for life” and against the undead. This season it took the form of saving Arya’s life, so she could go on to kill the Night King. Whilst it isn’t perfect and certainly lacks the grandeur deserved by a character with such a strong and transcendent sense of purpose, it works. He was kept alive for a purpose and that purpose was fulfilled.

His death neither embodies nor disappoints that arc. It ended up being nothing more than window dressing

In seeing his arc conclude, we are reminded how few have received such closure in the last two seasons. Take Thoros of Myr. In previous seasons, they went to great lengths to build the image of the imperfect, drunkard somehow the first charging into battle. Those around him, and he himself, all want to understand if he was “the bravest man” they ever saw or “just the drunkest”. His death neither embodies nor disappoints that arc. It ended up being nothing more than window dressing.

This failure to “close” character arcs exemplifies the problems of season eight. Despite previously expressing disgust at The Mad King’s demand for wanton civilian deaths, Jamie Lannister somehow decides he doesn’t care about normal people. The multi-season arc of redeemed oath-breaker gets ignored. Whilst dropping hints at the “madness” inside Daenerys last season, there is no trigger or real buildup to her indiscriminate massacre of King’s Landing. Even The Mad King had more subtlety. Earlier, Jorah Mormont dies saving her in an episode and battle where the entire army of the living seems to be vanquished and then revive for the next episode. He and all the other heroes somehow demonstrate herculean strength to survive a supposedly impregnable horde of undead unless their death provided narrative value. All the nuance, development and intelligence of the writing has been sapped.

The problem of this season comes down to its execution in attempting to close off character arcs, crafted across seven seasons, and failing

These aren’t just at odds with audience desires, as so many newspaper reviews would have you believe. Despite its gut-wrenching brutality, you would be hard pressed to find a fan denouncing the “red wedding”. Indeed, Game of Thrones is characterised by the untimely deaths of a huge swathe of its characters.

If these were simply incomplete character arcs or shocking twists, they would engross audiences further. The problem of this season comes down to its execution in attempting to close off character arcs, crafted across seven seasons, and failing. In forgetting this world’s past, who these characters are and the intelligence that has made Game of Thrones great.

Game of Thrones revolutionised the fantasy genre. It took the realm of mythic grandeur and abstract battles between good and evil and married that with the sex, deceit, war, politics and death of the gritty real world. In many ways, Dondarrion was a microcosm of the series. The grandeur of idealism colliding with the base imperfection of reality. As his body lies cold and dead, you have to wonder if the show died with him.