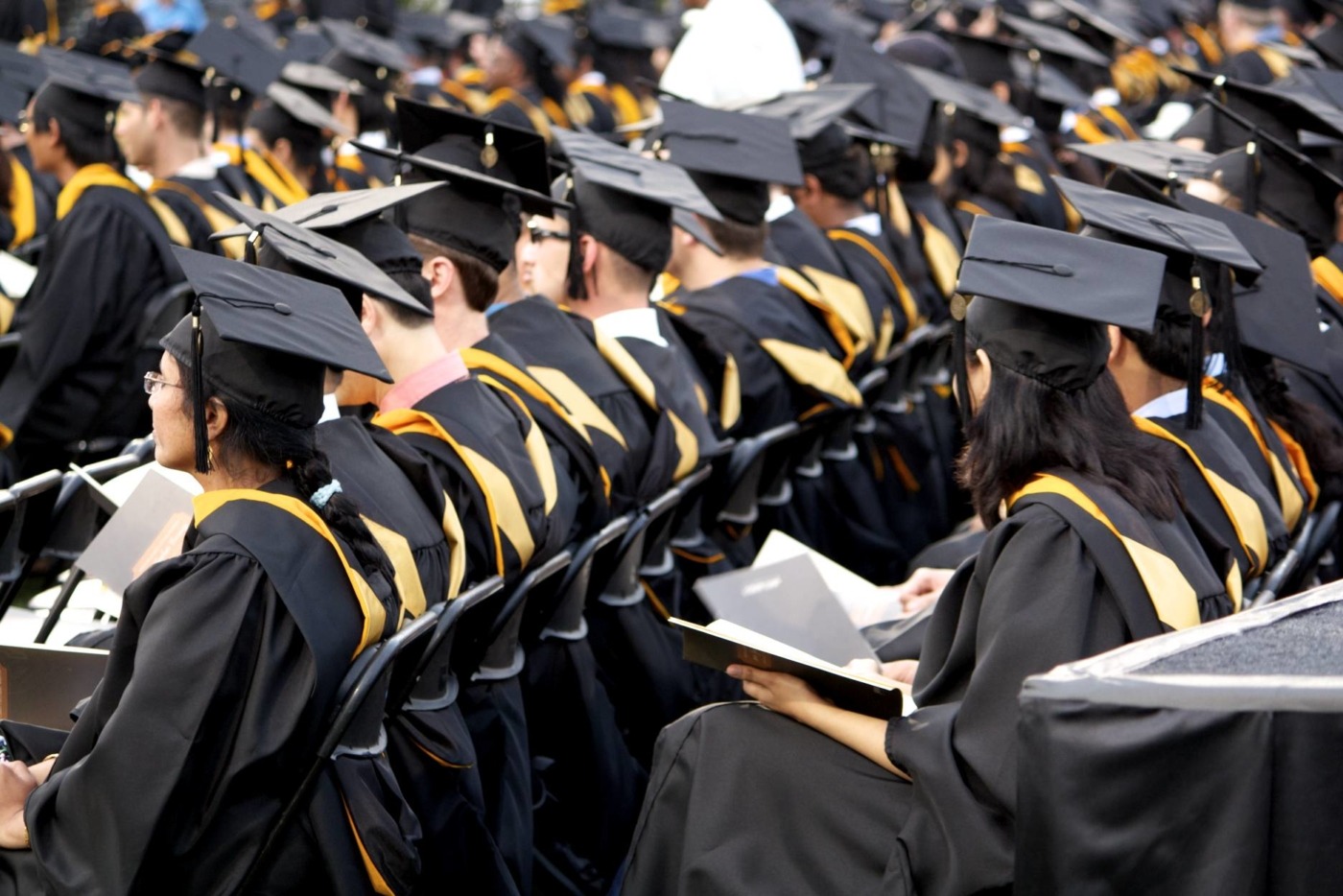 University tuition fees in England should be cut from £9,250 to £7,500, according to a new government-commissioned review which proposed various higher education reforms.

The report, which is part of a review into post-18 education and funding ordered by Theresa May last year, also says students would pay back loans for another decade.

Led by former equities broker Philip Augar, the review calls for the reinstatement of maintenance grants to support low-income students and for more funding to be directed towards further education rather than universities.

It also said that the student loan system is “poorly understood” and should be renamed the “student contribution system”, adding that “some students are charged too much for their degrees”.

It recommended that the cap on student fees should be reduced from £9,250 per year to £7,500 beginning from 2021. This level for fees would be frozen until 2023-34, after which it would rise with inflation.

Currently, any unpaid loans are cancelled 30 years after graduation, but the review says deductions would continue for 40 years, meaning graduates could be paying back loans into their sixties.

Loan repayments would also start at a lower earnings threshold of £23,000 rather than £25,725, which is the current figure. However, changes to the level of fees would have to be approved by Parliament before they could be implemented.

Speaking to BBC Radio 4’s Today programme, Dr Augar said: “What we are trying to do, as far as HE students are concerned, is give them better value in a sense, make sure no one is paying more than the reasonable cost of provision.

“But we think there is a need that (graduates) should pay back more to restore the balance between the taxpayer subsidy and the student beneficiary.”

Theresa May endorsed the review at the Policy Exchange thinktank on 30 May, where she said there was “much to be said for cutting tuition fees”.

The review also calls for the restoration of non-repayable maintenance grants, worth up to £3,000 a year, for poorer students. These grants were scrapped in 2016, but the Prime Minister said: “I believe it is time to bring them back.”

Mrs May acknowledged in a speech in London that she no longer had the power to implement the policy herself as she is soon to leave Downing Street.

But she put pressure on her successor to reduce the burden of debt on young people, outlining her belief that the system was not working for many students and their families.

“I’ve spoken to parents and grandparents forced to scrimp and save to fund their children and grandchildren through university,” she said. “And I’ve seen how young graduates starting out in their adult lives feel weighed down by the burden of student debt.”

There would also be a “lifelong learning loan allowance”, accessible to those in upper levels of technical qualifications as well as universities. It would be open to mature students as well as school-leavers.

Dr Augar said the recommendations would “level the playing field” between those who go to university and those who do not. He gave the example of a “young woman who perhaps left college at 18, had a young family… she wants to go back to study, she hasn’t got the time to do a full degree.”

“Our proposals would allow her to borrow money to cover tuition, repaid over her lifetime,” he said.

On directing more funding towards further education, Dr Augar said: “Our work revealed that post-18 education in England is a story of both care and neglect, depending on whether students are amongst the 50% of young people who participate in higher education or the rest.”

He added that this “disparity simply has to be addressed”, through more support for further education colleges such as £1 billion extra for capital spending, more access to loans for students and investment in staffing, as proposed in the report.

David Hughes, chief executive of the Association of Colleges commented: “For too long, we’ve had a system that works for half the population whilst neglecting the other half.”

He said that the “education and training system is not delivering to meet these needs now, so changes and fairer investment are vital”.

Furthermore, the report says the gap from the loss of fee income should be made up with direct funding, with higher levels of funding for some subjects according to whether they are expensive to deliver or considered to be a priority by the government.

On the face of it, the fee-level recommendations may look good for students, but unless the government gives a cast-iron guarantee on full replacement funding, it could prove to be a wolf in sheep’s clothing

Extra funding for further education was “long overdue” said Tim Bradshaw, chief executive of the Russell Group. He warned though that if the next prime minister went ahead with a fee cut, a “cast-iron guarantee” that the loss in funding will be replaced would be necessary.

Alistair Jarvis, the chief executive of Universities UK (UUK) said: “On the face of it, the fee-level recommendations may look good for students, but unless the government gives a cast-iron guarantee on full replacement funding, it could prove to be a wolf in sheep’s clothing.”

He added: “Cutting fees without replacement funding would be a political choice which hurts students, limits opportunity, damages universities, decreases the number of highly-skilled employees that business needs, and reduces our international competitiveness at a time when modern Britain needs it most.”

Martin Lewis, the founder of MoneySavingExpert, gave advice to the review and said he was pleased that its proposals would only affect those starting in the 2021-22 academic year.

However, he raised that lowering the repayment threshold will result in people having to “pay £180 a year more” on average, and the repayment extension of  10 years will entail graduates paying back their loans throughout most of their working lives.

“What we’ll see is we have a slight regressive change to the system which means people are paying more each year and repaying longer,” he said.

He added that even though reducing tuition fees would be “psychologically beneficial” to all, the only people who would gain from the reduction are the highest earning graduates who would be able to clear the debt in full.

Regarding the report, former Universities Minister Jo Johnson said: “The full fees at the moment are only really repaid by those who go on to earn the most in their careers.

“Those who are asked to pay the fees for longer, for as much as 40 or more years, as Philip Augar is proposing, will be lower-earning and middle-earning graduates and, in this sense, this is regressive.”

The review added that the cost of university accommodation should also be scrutinised by the Office for Students (OfS), a higher education watchdog.

We do not know if it will lead to any immediate changes, however, because of the wider political environment into which it lands…the jury is out on how much of the report will be swiftly accepted

Also saying that there needs to be a “cast-iron guarantee” for higher education to be properly funded in England, Sir Muscatelli said that “there’s no way £7,500 can provide the level of education we currently can provide”.

Shadow Education Secretary Angela Rayner said the report “does nothing to address the burning injustices facing our education system”.

She stated: “With no formal government response, no extra funding and no guarantee that the recommendations will be implemented by her successor, the Augar review epitomises May’s legacy as prime minister and this shambolic Tory government; all talk, empty promises and very little action.”

On the arrival of the review, president of the National Union of Students (NUS) Shakira Martin said: “This announcement is too little too late, given that Theresa May’s legacy in higher education will always be the deportation of thousands of our international student friends and colleagues.”

In his initial response to the report, Nick Hillman, the director of the Higher Education Policy Institute (HEPI) said: “Overall, this is a coherent report that is notably more wide-ranging than the predecessor Browne report of 2010. There is plenty for us to get our teeth into and the further and higher education sectors will want to engage deeply with all the recommendations.”

He added that “we do not know if it will lead to any immediate changes, however, because of the wider political environment into which it lands”, stating that “the jury is out on how much of the report will be swiftly accepted”.

“Whether or not the report lands on fertile soil now, it is an important and thorough document that is likely to be referred back to for many years to come. Just as we still talk about the Robbins (1963), Dearing (1997) and Browne (2010) reports, we may well come to talk about the Augar report as a watershed moment.”