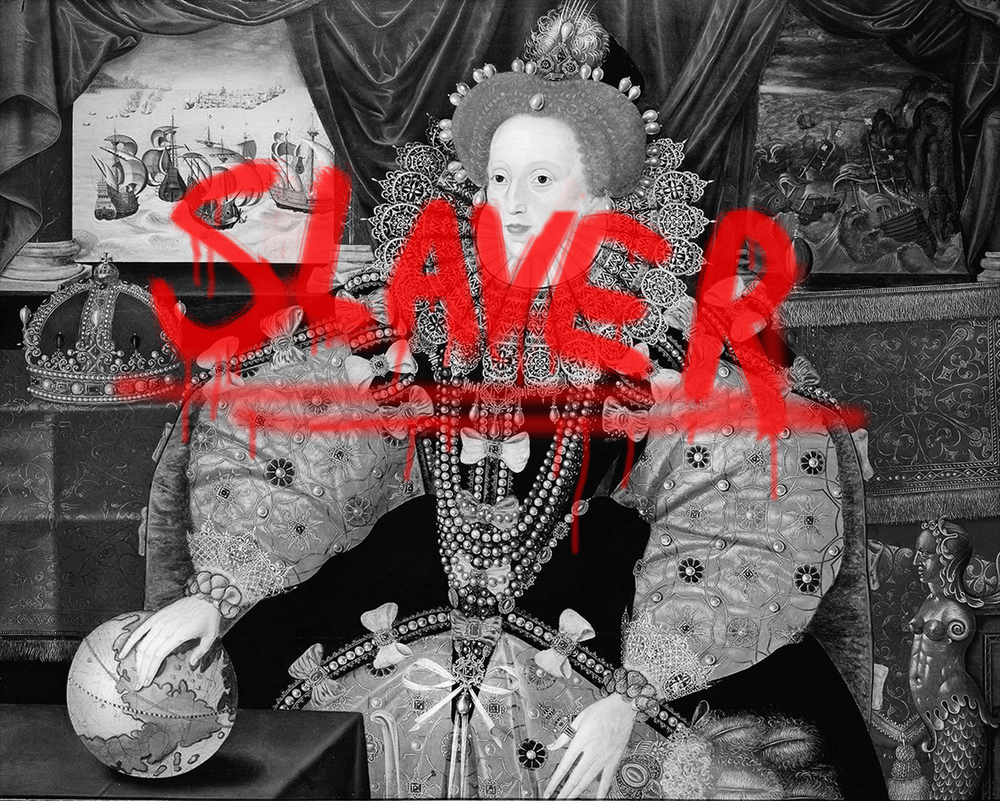 Many of us wander around art galleries admiringly, quickly scanning the informative labels and rarely questioning how the works were sourced, or even how they are being exhibited. Instead we focus rather on the artist, and the quality of the work.

This changed in June 2017, when art history student Alice Procter started running free gallery tours at six noteworthy museums including the National Gallery, the V&A, the British Museum and Tate Britain – but with a twist. Procter christened her project “Uncomfortable Art Tours,” and these do exactly what they say on the tin: bring to light the uncomfortable, dark, colonial past behind the famous paintings, that we tend to overlook.

Alice Procter is currently conducting MA research on dissenting narrative in museum spaces, and is based at UCL. She has had six years of tour guiding experience at heritage sites and galleries, curating exhibitions, organising events and writing under the umbrella of The Exhibitionist.

This was originally the name of the low-tech podcast the student began in 2016, reviewing museums with friends It was out of these that Procter’s Uncomfortable Art Tours were born. Her hope was that “people could come, and it would be a bit of a wake-up call,” anticipating that the new knowledge would encourage people to be more vocal. She initially ran these from her kitchen on her own, as a part of the Anti-university Now festival.

The tour itself lasts only an hour, and observes select paintings, sketches and artefacts from the 17th century up to the abolition of slavery in 1833. It focuses on how major institutions came into being against the backdrop of imperialism, and unravels the role colonialism played in shaping and funding a major national collection.

Procter questions where the money comes from, observing the ways in which colonialism continues to impact how art is displayed, and scrutinising the ideological aesthetics of certain celebrated works. The student told The Guardian that her audience is principally made up of art students, those in the education sector and several people who work in museums and galleries themselves. Interestingly, the majority of her visitors tend to be white, young and female.

These tours are not the only thing Alice Procter is working on in order to force the West to accept the uncomfortable truth behind Britain’s colonial art acquisitions. She runs a project alongside Uncomfortable Art Tours called Display It Like You Stole It, which calls for museums to rethink the politics of display in their galleries.

From label text to lighting, she calls people to question how ownership is created and dissent is shut down, who the authorial voice is, and what is considered worthy of inclusion. She is also developing an online Uncomfortable Library at her website – a selection of recommended books, sites and resources developed by others, which relate to museum, race, identity and curation.

So why the Empire? Procter has a clear answer, boldly commenting on her website that Britain is a country that has “repeatedly failed to come to terms with its colonial past,” and is “led by politicians who seem to think the past is the future”. She wants to understand how the narratives of empire come into being, who controls them, and how can we learn to see through the whitewash to the truth? Evidently, this student is not the only one interested in stories that are not being told. Her tours regularly sell out, and this popularity points towards a general frustration surrounding Britain’s continuous attempts to erase its past and use the “Great Britain” narrative to ignore its evil history.

It is long overdue for British museums to be truthful about the history of their acquisitions, and as institutions of memory, it seems absurd for them to pretend that there is only one version of events. Across Europe, the conversation about art and colonialism has already started. The French President, Emmanuel Macron, announced last year that Europe had a responsibility to return artefacts, affirming that: “African heritage can’t just be in European private collections.” Germany soon followed suit, releasing guidelines in May 2018 on how to research artefacts in collections, and how to repatriate objects acquired during the Empire. In the UK however, efforts are still low.

Recently, the director of the V&A shockingly suggested that the museum’s Maqdala collection, around 80 artefacts plundered from Ethiopia in 1868 by British and colonial troops, could be returned to the country on a “long-term loan” basis – even though the country had originally filed a claim for their return in 2007. It seems that we still have a long way to go, but Alice Procter’s Uncomfortable Art Tour shows that we are moving in the right direction.