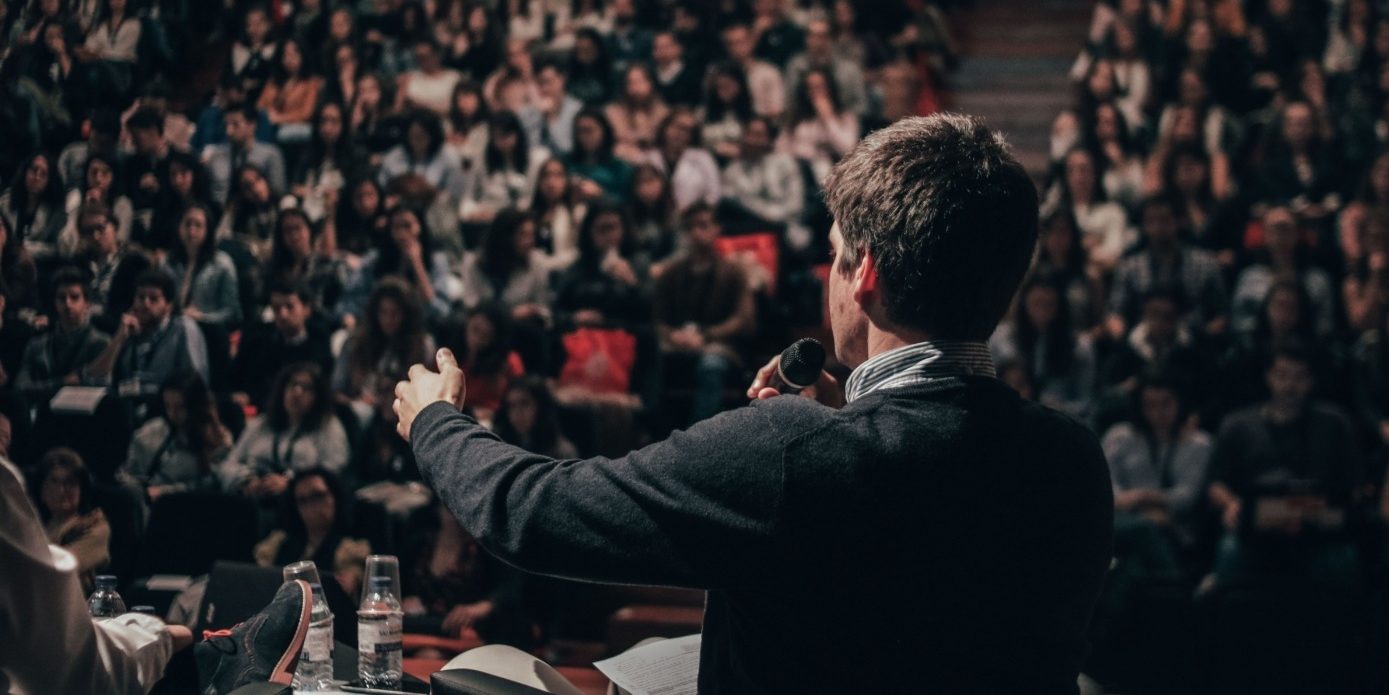 We’re here to talk about “the other Stratford writer,” announces Lee Hanson, Chair of the JB Priestley Society. He beams at his audience beneath a picture of the man himself: black and white, stoically ignoring the photographer, pipe in his mouth, fingers tapping at the typewriter. The prolific writer, socialist, author of An Inspector Calls, When We Are Married, and many other titles is hard at work behind the panel.

Joining Hanson is Sophie Fyson, who has recently published a book written by her mother, Rosalie Batten, Priestley’s secretary. Also present is the Broadcaster Barry Cryer, who knew Priestley and visited him frequently at his Stratford home, Kissing Tree House.

He was “a benign toad”, as Fyson recounts in her mother’s description of Priestley. A fiercely intellectual man of the people, with high expectations. He treated his writing like an office job: start at 9am, break at 1pm for lunch then work until 5pm. He didn’t wait for the inspirational muses to strike him but instead wrote unceasingly.

They often dined together with John Cleese and Graham Chapman, worlds collided as I imagined two eras of writers I hadn’t even considered overlapping existing as close friends

To Batten’s occasional dismay, the demands he placed on himself he also placed on his staff. Fyson recalls her mother working long hours and struggling to get time off. However, his generosity was substantial enough to make up for his demands, even funding Batten’s holiday to Greece with a cheque for £100.

Barry Cryer shared fond memories of Priestley’s love of Monty Python. They often dined together with John Cleese and Graham Chapman, worlds collided as I imagined two eras of writers I hadn’t even considered overlapping existing as close friends. Cryer remembers Priestley as a man often quiet in company: “there was no ego,” he claimed, “when he met someone, he was really interested in them”.

It was Priestley himself that prompted Batten to write a book about him. Reluctant at first, she eventually gave in. After initial rejections from publishers, Batten kept the manuscript to herself for 32 years, until Fyson published it this year with the help of the JB Priestley Society.