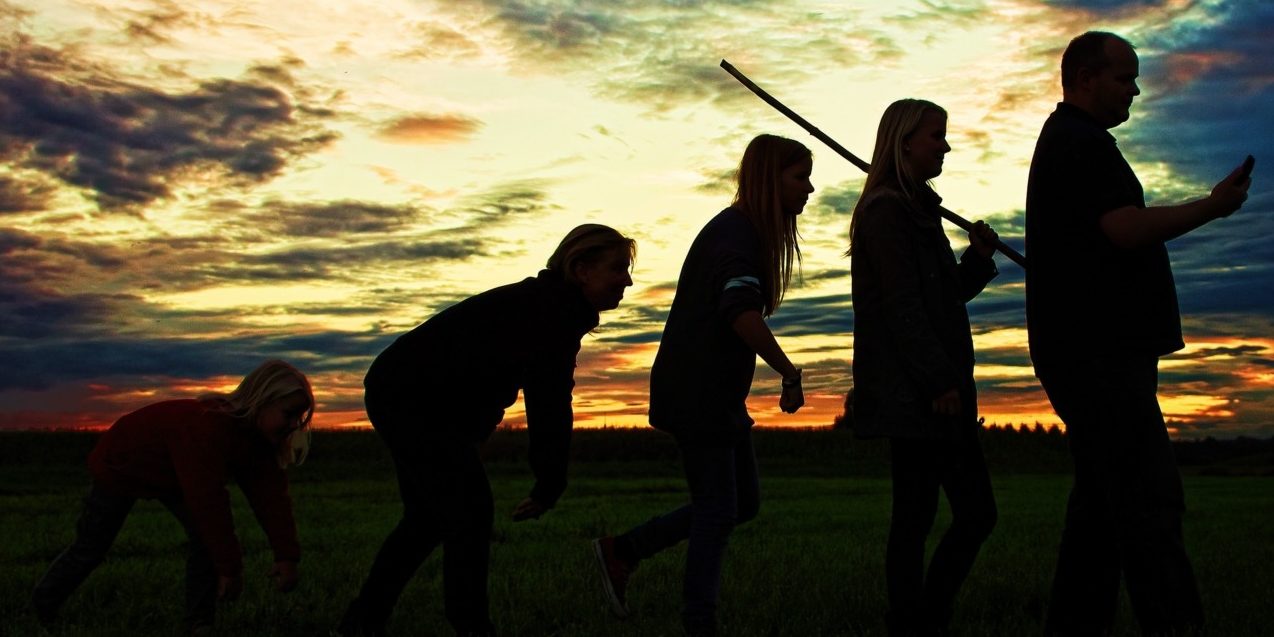 Opening with a disclosure of how he woke up feeling under the weather, Adam Rutherford’s dry humour and accessibly informative tone throughout the hour was not affected by his ill health. Speaking on his latest novel The Book of Humans, he mentioned how he wouldn’t talk about the topic of sex during the event as it was a Sunday. He joked that if we wanted to learn about that then we would have to buy the book, which he was rewarded for with a few chuckles from the audience.

Rutherford emphasised how the basis and ethos of the novel was centred on his desire to “shy away from simple narratives”. Instead of accepting the simplest form of an explanation, he was dedicated to exploring further into the topic of why humans have evolved as they have and what characteristic exactly gives us the distinction of ‘humanity’.

He moved on to talk of the work that his (somewhat unsurprising) hero Charles Darwin did in the progression of our understanding of evolution. However, he noted, there was one person who articulated the ideas behind Darwin’s thoughts more eloquently than even his idol could: Stratford-upon-Avon’s very own William Shakespeare.

With some audience input, it was revealed that the quote came from The Incredibles, one of many subtle film references made within the book

Focusing in on a passage from Hamlet, he highlighted the beginnings of an understanding of what makes humans at once special and profoundly unremarkable at the same time. This was a concept that Rutherford then linked to an iconic film in which the lines “everyone’s special (…) Which is another way of saying no-one is” occur. With some audience input, it was revealed that the quote came from The Incredibles, one of many subtle film references made within the book.

A key aspect of the talk centred on refocusing the perception we have of Neanderthals and painting a new picture of them, quite literally. Newly discovered examples of art created by the species revealed the creativity and dexterity that was evident in the Neanderthals who are otherwise given an oafish reputation. This reputation, he suggested, is an unfair one and needs rethinking in light of these discoveries.

Ending on a criticism of our tendency to look at nature through an anthropocentric lens, Rutherford’s talk informed on the hidden complexities of evolution in a way that was accessible and entertaining. Although the question of what makes us human was left open, it is one that the audience definitely left the theatre pondering.