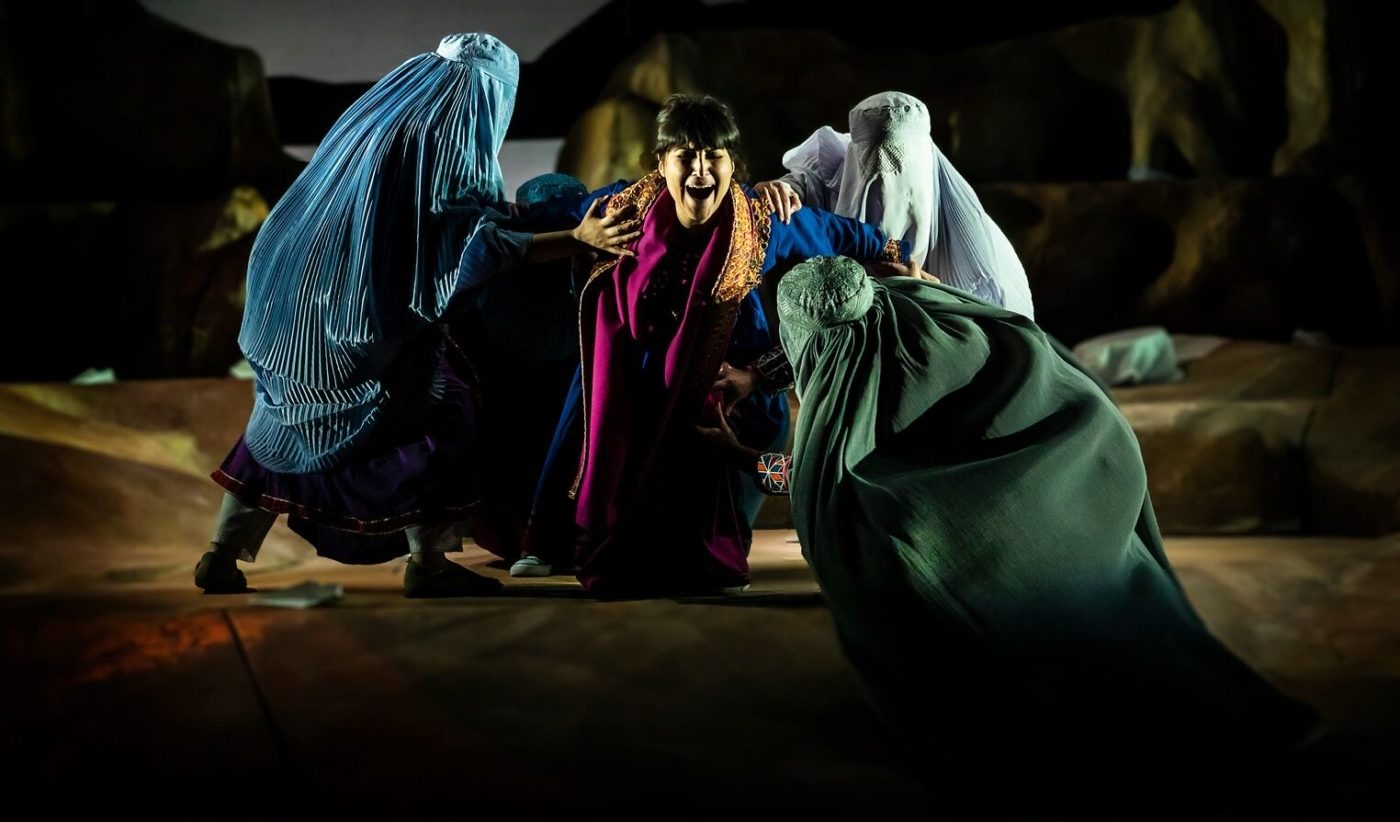 A Thousand Splendid Suns is, in part, a story about home and trying to leave it. The play starts with the character of Laila and her parents packing up to go to Pakistan, before a bombing leaves Laila orphaned and sets the story of the play in motion. So it is fitting that this story has travelled so much.

The book was originally written by an Afghan writer, Khaled Hosseini, which was adapted into a play in California before having its European premiere at the Birmingham Rep this month. The novel was an international success, and, having read it a couple of years ago, I was already very excited to see it – not to mention I’d already seen the stage adaptation of Hosseini’s other best-selling novel, The Kite Runner. But the most important reason to see the play is the story: it never fails to be profoundly touching and human.

The most important reason to see the play is the story

At its centre, A Thousand Splendid Suns is a story about the connection between women during times of great struggle. The story revolves around Mariam and Laila, the first and second wives of Rasheed. Laila is taken into Mariam and Rasheed’s home after she is orphaned and it is quickly apparent that Rasheed wishes to marry her for her youth, beauty, and the hope she will give him the son Mariam never could. The women, at first pitted against each other, eventually are able to bond, especially as Rasheed shows himself to be an abusive husband.

This domestic drama is what this adaptation really excels in. The play by Ursula Rani Sarma is clever about revealing pieces of backstory at the right time, and showing both women’s motivations and trauma. The performances by Sujava Dasgupta (Laila), Amina Zia (Mariam) and Pal Aron (Rasheed) are all fantastic in showing the changes their characters go through, especially as the family’s circumstances worsen with the intensified conflict in Kabul. Aron in particular is impressive in his depiction of the villain character as a flawed, weak man, rather than an inhuman monster. I found it easy to be sucked in by these characters and their lives.

The decision was made for the characters to all have an English Midlands dialect, which cut through the potential barrier between the audience and actors putting on an Afghani accent. On the other hand, the setting of Afghanistan was emphasised by the use of traditional costumes, music, dancing, the occasional use of local terminology. The set depicts earthy red hills, with a ripped-up Afghan carpet as a backdrop, to gesture at war.

The play does sometimes awkwardly walk the barrier between relatability and distance. Most of the time, it is done very well, especially combining the dialect with the costumes. I think the set, however, was an odd choice. The vast majority of the scenes take place indoors – in fact, this is key considering the new rules made by the Taliban concerning women – and in the city of Kabul. So, it is curious that the set gestures at a desert landscape instead.

While the domestic drama is done very well, it is the political drama which does not quite come to life in the Rep’s House theatre. Because of the set, it is difficult to imagine a city at war. The folkloric tone of the text, the non-naturalistic acting, and a general cultural assumption that traditional equals old (at least here) means it is hard to really grasp that the play begins less than thirty years ago, and that the conflict in Afghanistan still is not over. Though there may have to be some compromise between telling the compelling, personal story and the political one, it was a missed opportunity not to use the show to underline an important piece of post-colonial politics not often spoken about.

The set depicts earthy red hills, with a ripped-up Afghan carpet as a backdrop, to gesture at war

I also found that the tone felt muddled. Though the play, thankfully, does not flinch away from the darkness of the novel (be warned: the play includes themes of war, death, domestic violence and suicide), it again struggles with feeling raw and authentic. This was shown by some of the crowd reactions at the performance I attended; there was murmuring and clapping in the audience during certain scenes, as if this was an adult pantomime. This is not to say that the audience should not be enjoying themselves, only that it surprises me that a novel that felt so gritty has such a distanced effect on stage.

However, certain points in Roxana Silbert’s direction are outstanding. Everyone (other than the main three actors) multi-roles – and to great success, especially the couple of adult actors who play children. The use of movement was also very interesting. One moment saw two actors mirror the same movement with their scarves to show that they were playing younger and older versions of the same character. Another saw women in burqas surrounding another character as the Taliban’s rules for women are taking their grip, only to seamlessly transition into a scene on female solidarity.

The burqa as a symbol is used to great effect in the show, and it’s a credit to the director and the writer that they do not flinch from playing with its symbolic power. It reinforces the humanity the story gives its female characters, that even when they are covered we feel that we have access to their inner lives.

A Thousand Splendid Suns is playing at the Birmingham Repertory Theatre until 18 May. Tickets are available here.