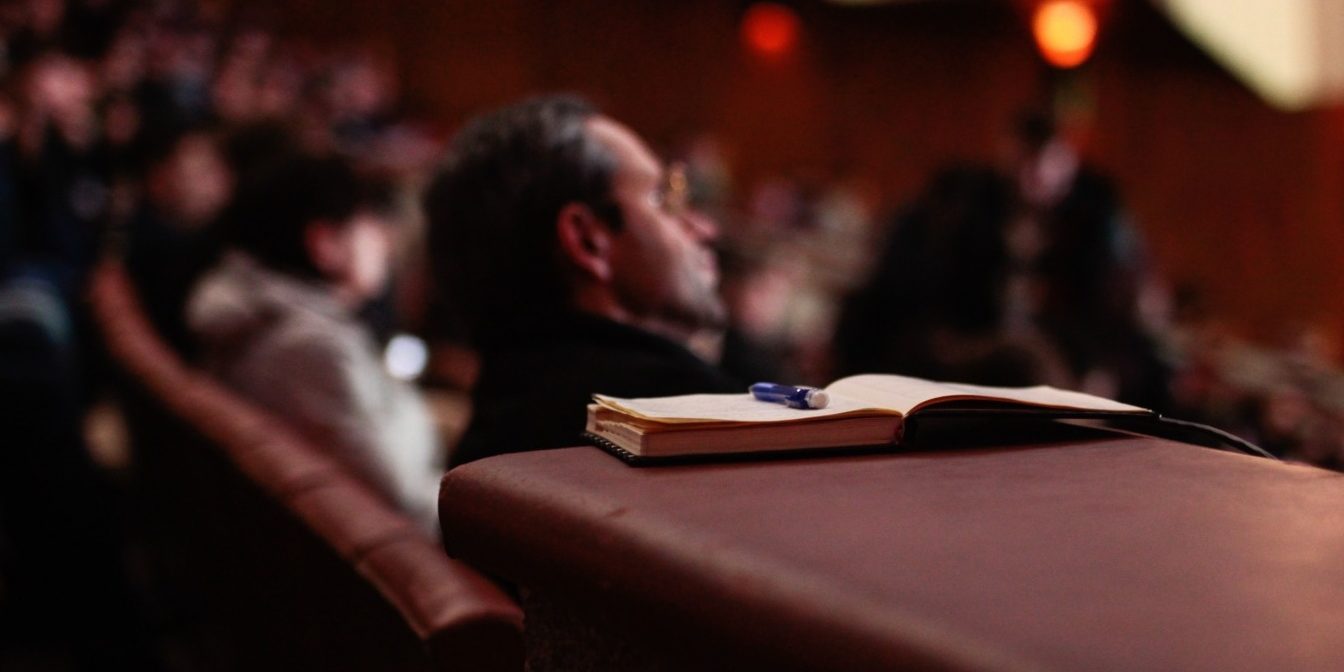 Michael Morpurgo at the Warwick Arts Centre: a review

I never expected to have my favourite childhood author, Michael Morpurgo, read to me after a long day of revision in my final year of university. But I can tell you, there’s nothing quite like it.

Sir Michael Morpurgo visited Warwick Arts’ Centre on Wednesday 15th May to be interviewed by actor and comedian Katy Brand, in celebration of his 75th birthday.

As the acting children’s laureate in 2003-2005 and having written more than 130 books, Morpurgo loves telling stories. He told us that the sale of the book doesn’t matter as he doesn’t care whether or not we buy his books. The only thing that matters, is that he told the tale.

While all Morpurgo’s books have some footing in fact, this is his only novel which he said doesn’t present to be fiction

His conversation with Katy Brand displayed just that: Morpurgo really does love telling stories. He answered almost every question he was asked with a story, and the delivery – whether the purpose was a funny anecdote, a powerful tale about how children can do anything or an interesting story about his past or family – was delivered as though he were reading it straight from a novel.

He started with a reading from In the Mouth of the Wolf, one of his more recent novels, as he told us how he came to write it. After the 90th birthday of his uncle, Morpurgo imagined all the people from his uncle’s life who couldn’t make it to the birthday because they had died, whether in age or in the war. While all Morpurgo’s books have some footing in fact, this is his only novel which he said doesn’t present to be fiction.

The children around us were engrossed and captivated by the reading – so much so that when Morpurgo read “cough” with emphasis, a few of them actually did cough. He told us further anecdotes from the story, but was careful not to tell us too much because he wants us “to buy the book”, raising a few laughs from the room. The way he told it really made you want to pick up the book to find out which part he was referencing and the exact details of what happened.

He believes the same thing should happen with the environment: years ago, we didn’t know how bad things like plastic were and, now we know, there’s no excuse not to do something about it

Morpurgo was very careful with how he spoke about children. He said that he writes for people, and it just so happens that those people are young children. He doesn’t believe that young people should be patronised. However, he admitted to having to remind himself not to patronise his great-grandchild.

He spoke of the time he met Jonathan Bryan – author of Eye Can Write – and why it is amazing that school children are fighting against climate change. He talked frankly of environmental issues, comparing them with smoking. Years ago, when smoking was at its peak of popularity, no one knew how harmful it could be and when they found out, they tried to cut back. He believes the same thing should happen with the environment: years ago, we didn’t know how bad things like plastic were and, now we know, there’s no excuse not to do something about it.

One of my favourite holidays as a child was the year I took The Butterfly Lion with me, and I read it twice while I was there. I’ve lost count of the number of times I’ve read Born to Run. But the second half of the evening began with a regarding from one of my other favourite books – Kensuke’s Kingdom.

Both came from children and, returning to how he doesn’t think children should be patronised, he told us to “listen to children, they’ll give you everything”

It opened to the audience and children asked him a range of questions, from which of his characters he likes best, to whether he finds writing facts or basing a story on them is harder, to whether he actually supports Chelsea (he doesn’t – in fact, he’s not really into football at all).

Getting started on a story is what Morpurgo finds most difficult, but he loves the process of everything tumbling together. This answer came in the form of another anecdote as he told us the story of how he came to name characters such as Kensuke and dogs Stella Artois. Both came from children and, returning to how he doesn’t think children should be patronised, he told us to “listen to children, they’ll give you everything”.

He finished with what I found most interesting – the writing process and advice. He still writes his books by hand, refusing technology, and he writes between two and three lines every day about something he’s seen, someone he’s met or a memory he’s had. He reads a lot of non-fiction and travels to lost of new places where he can find stories. For example, he based a whole book on a dining room in a hotel he stayed at.

There’s one thing I left the event sure of: after my long English degree has reached its end, I will reignite my love for reading by returning to some Michael Morpurgo.