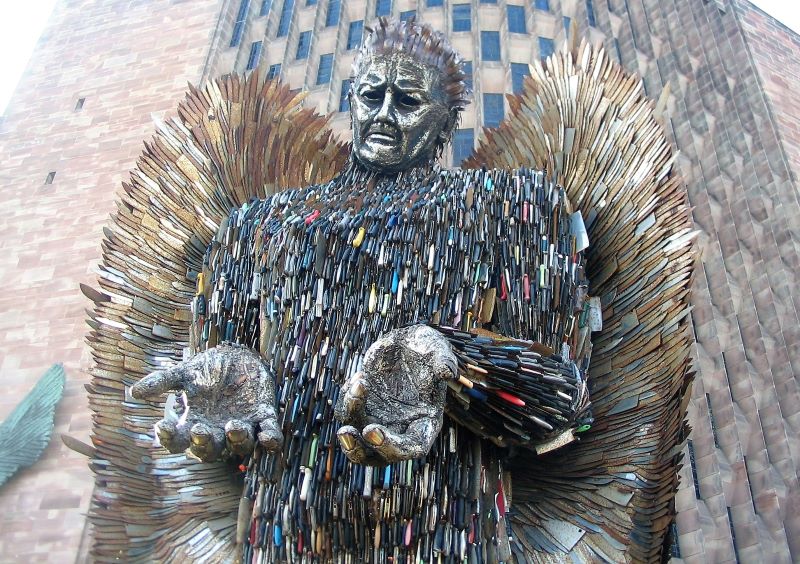 Knife crime across West Midlands up 17%

Following three knife attacks in Leamington Spa last month, the Office for National Statistics (ONS) has reported that knife crime in the West Midlands has increased by almost 17% last year.

The West Midlands police force saw an overall crime increase of 11%. The Assistant Police and Crime Commissioner Ashley Bertie has consequently called for a change in approach from the government on police funding.

“I continue to have concerns about the increase in violent crime which has risen significantly in the West Midlands. That is why we are investing £2 million to tackle the root causes of violent crime, rolling out youth workers into A & E departments and investing in schemes to divert young people away from crime.

“However West Midlands Police has faced £175 million in central government cuts since 2010. Despite being recognised by independent inspectors as a highly efficient force, we have lost over 2,000 officers since 2010, meaning we are having to do more with less.

“The government promised funding to help increase the capacity of Violence Reduction Units. We are still waiting for that to materialise in the West Midlands. The government needs to put that funding in place as soon as possible. We are ready to scale-up our violence prevention work but require government support to do so.”

While overall crime across the country is in decline, almost nine crimes involving knives per day were recorded from January to December 2018 in the West Midlands. There were also 22 homicides and 50 attempted murders involving knives over the year.

According to the Warwickshire Police crime map, overall crime rates are down this year, but since the beginning of 2019, at least five reports have been made in Leamington Spa after knives have been found on the person, used in a stabbing or in attempted robbery.

Three took place in April, one in February and one in January.

Most recently, a woman was accosted by a man with a knife in an attempted robbery on Wednesday 17 April at 10:40am in an alleyway between Tachbrook Road and Culworth Drive.

Two more violent incidents have occurred in student-frequented areas in the last two months, including the stabbing of a 16-year old black boy outside Leamington train station on Sunday 7 April.

Both incidents are thought to have involved at least one man around the age of 20 wearing dark clothing. The other stabbing took place in January and was reported to The Boar by two students who were returning to Leamington from the Students’ Union at around 1am on Friday 23 January.

The 28 year-old victim suffered a serious injury to his leg when he was allegedly attacked by “a group of six to eight men”, according to the Leamington Criminal Investigation Department (CID).

The recent rise in Leamington Spa’s knife crime has been noted by Matt Western MP, who commented: “Blunting the spike in knife crime is something that is of concern to many residents here in Warwick & Leamington. I put in a question to Parliament a couple of weeks ago on this issue as I am regularly contacted by constituents who are becoming more fearful for their security in their own community.

“There are two issues here to consider: the first being the devastating police cuts that this government have implemented over the last nine years. We have lost thousands of neighbourhood police officers nationally – and our police forces are being asked to do more with less.

“But we must also view this through a public health lens. Many youth workers hold the view that the widespread closure of youth centres, often a last port of call for troubled or disadvantaged young people, has also contributed towards a worrying increase in knife crime.

“I will continue to press the government on this issue – it is a growing problem that simply must be confronted.”