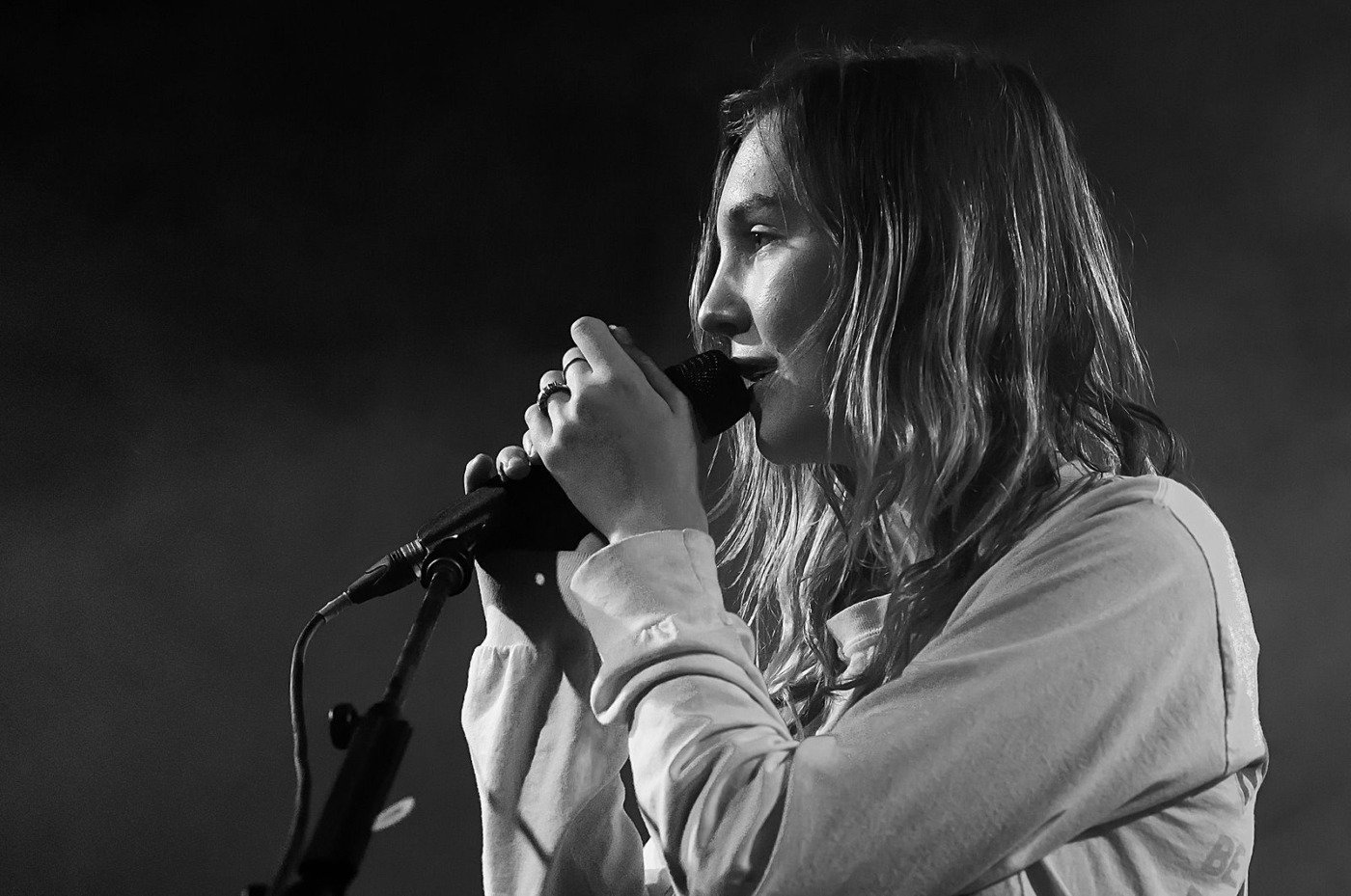 Like most fans of The Japanese House, the peaceful rhythm paired with deep emotion that transcends in their music is what draws us into pure bliss admiration of their sound. The act made its appearance into the music scene in 2015 with the EP Pools to Bathe In. Eventually, it was revealed that the act consisted of just one-person, Amber Bain, aged just 19 at the time who consistently kept up with the mystery that laced her. The theme of mystery translates into her music as a subdued yet heartful tone is evident in all of her music – especially in her new debut album Good at Falling.

The album takes a very personal look into Amber’s life as it completely juxtaposes with the mystery that has laced her for so long; arguably this debut album is the most in-depth exploration of who she is as all tracks are written by her. She said in an interview with i-D that the songs within the album express both her relationship with herself and her experience with love – this specifically refers to her ex-girlfriend Marika Hackman who features in the ‘Lilo’ music video. This makes it even more bittersweet, as the past lovers delve into the very real beauty and destruction of their relationship.

The album begins with ‘went to meet her (intro)’, which sets the tone of the entire album through the chaotic melody of the drums harmonising with lyrics such as “I suffer when she suffers her love is like no other.” This may allude to the understanding that she is describing a romantic love however she is instead darkly reminiscing when she had to fly out to Ibiza after her friend was attacked there. This cheerful sound paired with gloomy lyricism reflects the album as a whole – it represents the different aspects and forms of love alongside the suffering it can cause whilst sounding peaceful.

The romantic aspect of love is prevalent in the tracks ‘Maybe You’re the Reason’, ‘We Talk All the Time’, ‘Lilo’ and ‘Marika Is Sleeping’. The order of these tracks reflects the stages experienced by Amber in her relationship with Marika as they fall into and out of love – hence the album being titled Good At Falling. ‘Maybe You’re the Reason’ is a dreamy song that describes a desire for purpose in life and trying to discover oneself which leads to Amber’s eventual pondering of whether her girlfriend was her purpose.

Shortly after, ‘We Talk All The Time’ and ‘Lilo’ refer to the unravelling of the relationship that once bore both of them so much joy; once they spoke more and the honeymoon period ended, so did their romantic relationship. And so, though Amber wrote these songs during her relationship, both songs were completed once it was over. A sad tone laces the backdrop of each song, yet they sound so peaceful, like a lullaby. From a personal perspective, her music truly reflects the flow of life. It almost embodies the waves in the sea or perhaps even the crashing onto a shore. She shows that love is a natural emotion that cannot be controlled just like the ocean.

Following from romantic love, the other aspect of love portrayed within the album is platonic love. Amber’s love for her friends is evidently immense as she has dedicated ‘went to meet her (intro)’, ‘You Seemed So Happy’ and ‘I saw you in a dream’ about them. The immense love she had for her friend is submerged in pain as she wrote these songs due to reminiscing her friend who had unfortunately passed away during her time writing the album. ‘You Seemed So Happy’ reminds me of the way summer feels: warm, nostalgic and heartfelt. It becomes more apparent that by pairing a cheerful sound with agonising lyricism, Amber is able to once again present the flow of life being constantly paradoxical.

Her music truly reflects the flow of life, almost embodying the waves in the sea

My personal favourite song ever created by The Japanese House is ‘I Saw You In A Dream’, especially the newer rendition on this album. Amber has said it is the best song she has ever written, and it is about her friend who was “the sweetest apparition, such a pretty vision.” Her inability to grasp onto her anymore and instead merely marvel at her hallucination reflects the bitterness of beauty in life and death.

Overall, The Japanese House jumps from complete mystery to submersion of pain and beauty. We are able to view life for what it truly is – a turmoil of every emotion possible. Amber Bain has executed each track with heartfelt lyricism, and it is beautifully paired with the melodies of youth, summer and euphoria. It is as though the entire album can transport its listeners to a beach where they can marvel the beauty in nature and the pain it can bring. Good at Falling is a beautiful debut by such a young artist who has successfully made a break into the alternative pop scene.