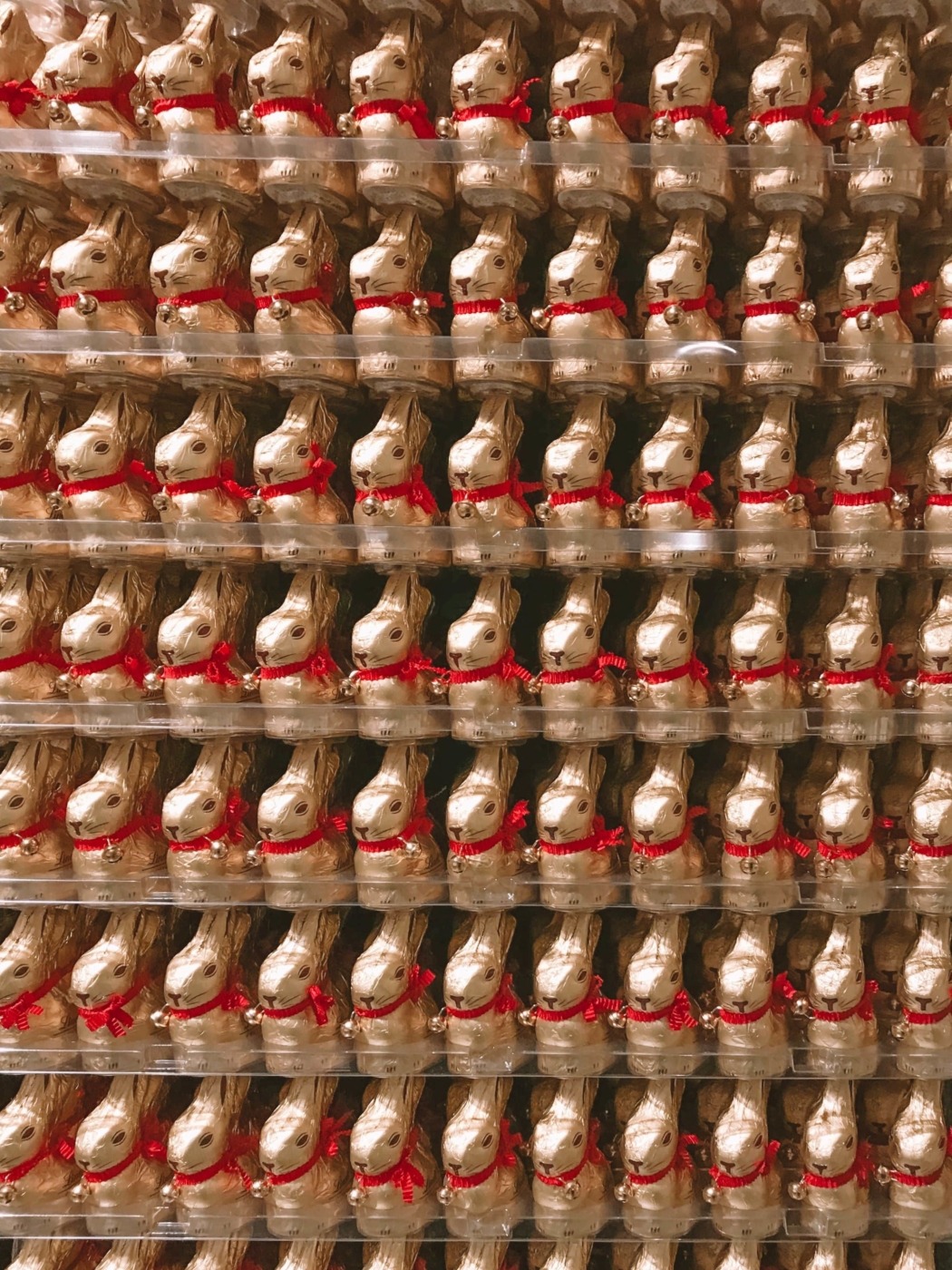 My problem with Easter: chocolate

Easter, unfortunately, has to be one of my least favourite times of year. I have nothing against the religious connotations it carries. The Biblical tale is quite beautiful in celebrating rebirth, the coming of Spring, and the power of faith. But, much like Christmas, the holiday has become relatively detached from its Christian origins. Both are now so commercialised. If you weren’t familiar with the religious stories of Easter and Christmas, they would be a struggle to guess. I am still confused as to the origin of the Easter bunny, and, honestly, it’s not something I’m in too much of a rush to educate myself on.

My personal issue with Easter is that it seems to be centred on one thing alone: chocolate. It is a recurring problem in modern commercial society that we simply cannot escape chocolate. In supermarkets, there is usually an entire aisle dedicated to chocolate and sweets, there is always some kind of deal, and we’re bombarded with the ‘last-minute’  marketing technique that crops up in the form of chocolate littered around the tills. This is not limited to supermarkets either. Chocolate and sweets are almost inescapable on the high street. Pharmacies, bookshops, homeware, music and stationery stores, none of which you would usually enter to buy food, now stock sweet treats.

While, at its core, some of the commercialisation behind Easter is harmless fun, the levels we have now reached serve only to encourage reckless choices in diet and potential binge-eating

At Easter, this is amplified. Chocolate eggs and bunnies appear everywhere, from as early as January. Let’s be honest, this means that they are no longer Easter products; they are just egg-shaped food that appear for several months and then disappear into hibernation. This year, the commercialisation of Easter seems to have increased. Products seem to have appeared even earlier, more and more Easter-related goods are sold year on year, and the competition to find a white Crème Egg pops up constantly on social media.

Even the cinema is not safe. A typically exaggerated Marks and Spencer advert graced the screen. Surprise! They have new Easter chocolate out. I just wanted to watch Captain Marvel in peace.

On top of this, all the products are often irresistibly cheap. Several supermarkets have been advertising Easter eggs from as low as 75p this year, which is cheaper than the average chocolate bar nowadays. It’s apparently not enough to have aggressive advertising and marketing schemes shoved into your face at every available opportunity – Easter-related goods are infuriatingly affordable.

The aggressive marketing tactics behind Easter products, in that I seem unable to escape from constant reminders that it’s time to eat copious amounts of chocolate, could be detrimental to my recovery

For me, this presents problems as I am currently recovering from an eating disorder. Managing to eat normally is quite a struggle already, and even a weekly food shop is currently a fairly anxiety-inducing task. This is normal for the recovery stage I am at, and I would not expect anything different. However, I find the whole ordeal of Easter to be ridiculous. While, at its core, some of the commercialisation behind Easter is harmless fun, the levels we have now reached serve only to encourage reckless choices in diet and potential binge-eating. This is particularly worrying when we consider that Easter eggs are mainly targeted at children. The aggressive marketing tactics behind Easter products, in that I seem unable to escape from constant reminders that it’s time to eat copious amounts of chocolate, could be detrimental to my recovery. This is a personal issue, but the marketing strategies surrounding Easter seem so over the top and unnecessary that I can’t help but feel slightly angry that it adds so much extra struggle for someone in my position.

The argument can be presented that adults should be able to make their own choices on diet. I agree, but we are reaching higher levels of obesity than ever. It is predicted that by 2020, a third of adults in the UK will be considered obese. The statistics are quite shocking, and yet we are still seeing the marketing and distribution of unhealthy products at alarming rates, often under guises such as Easter, Halloween, Valentines Day, and Christmas. And of course, with the commercial society we find ourselves in, there doesn’t seem to be a moment’s peace. Halloween and Christmas end, Valentines Day and Easter begin, and so the cycle continues. Any excuse to exploit a public holiday is never surpassed by the food industry.

Easter unfortunately seems to have lost any well-meaning associations and its religious heritage. It appears to have been reduced to nothing more than large-corporations exploiting a holiday, and encouraging the nation to consume huge amounts of chocolate. “But it’s okay to gorge on chocolate!”, we tell ourselves, “They’re shaped like eggs and it’s Easter! Treat yourself!” I believe it is time that food companies took a look at the bigger picture and reconsidered their marketing for this holiday, and the potential consequences.